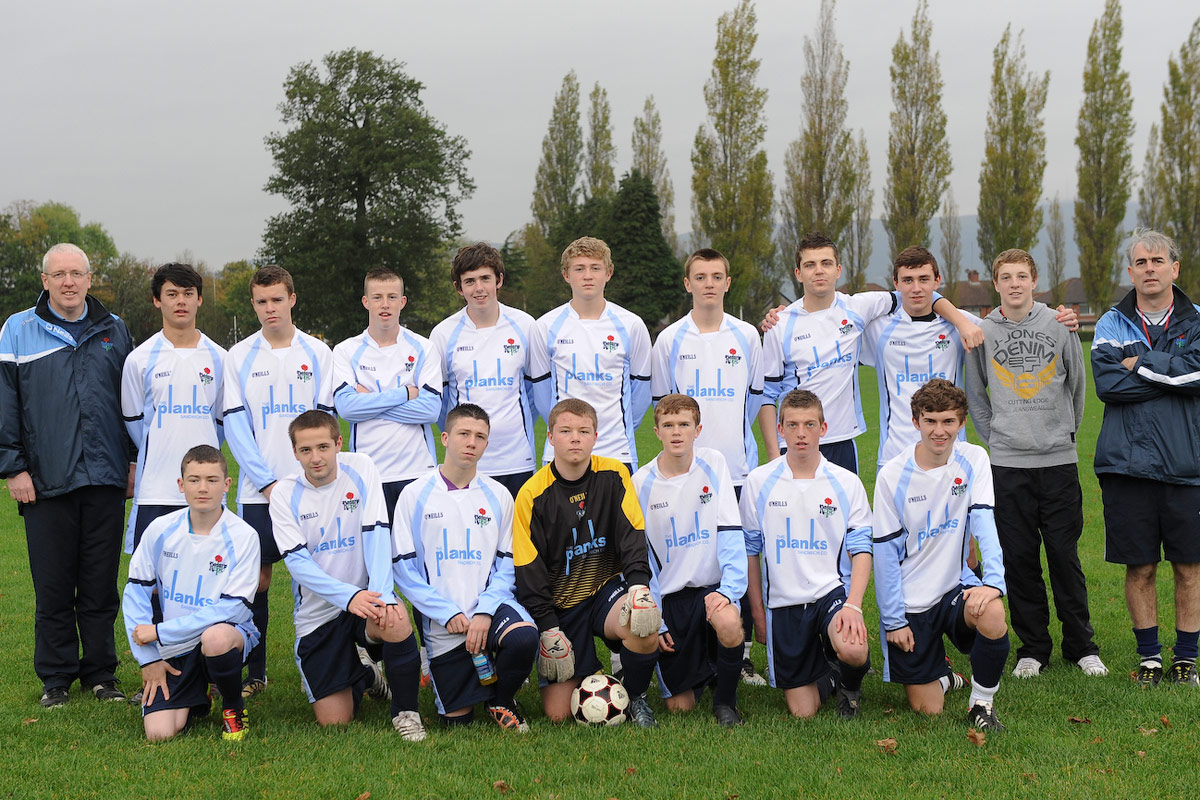 Another good performance by the Colts was not reflected in the scoreline as they pushed the league leaders all the way for the first hour.

Eoin Doherty was outstanding as he closed down Amateurs’ most dangerous player.

Jonny Murray went close for Carryduff when he fired in a powerful shot that went narrowly wide.

Michael Deeny then went close with a 25-yard free-kick which went just over the bar.

Paddy McEvoy and Michael Mooney had a good grip on midfield while Gary Fletcher won some key tackles before going off injured.

Nathan Lyons made a couple of good saves while Rory McDonnell and James Artherton made a number of timely interventions. Colts began the second half in the same way but when Doherty picked up an injury Bangor started to get service into their front men.

Colts claimed a blatant foul in the middle of the park but when it wasn’t given they were guilty of losing concentration and Bangor scored the opener.

Michael Mooney had an outstanding last 20 minutes but it was Bangor who extended their lead. Colts pushed Danny Toal up front and brought Joey Sweeney and Andy Carter into the action and almost pulled one back when Beattie headed a Murray header over the bar.

Colts also claimed a penalty when Beattie was pushed in the back but Bangor made it three goals in ten minutes.

Ciaran O’Hagan came on in goals and made a very good save to keep the score at three.

The Colts took the game to Shankill from the start, pressing high up the pitch and putting the Shankill defence under pressure, but despite creating chances could not find the net.

After 20 minutes, against the run of play,  Shankill scored first with a 25-yard shot which slipped in below the Colts keeper. The Colts responded straight from the kick off and equalised when Hamilton squeezed a shot in past the keeper.

The second half began with the Colts on the front foot, twice hitting the post in a two-minute spell of pressure but again were caught on the break and Shankill scored their second. The Colts continued to press forward and a quick break down the right led to an equaliser from Waddell who scored his second of the season.

It was the Colts that started the strongest and it came as no surprise when they took the lead when Elijah Doyle’s drilled shot nestled in the corner.

Two minutes later the Colts could have been two up but Dylan Strong saw his curled effort hit the upright.

Holywood equalised on 20 minutes when the Colts failed to clear and the ball was placed beyond Simon Henry.

The Colts pushed before half time to regain the lead but poor finishing left the sides going into the break level.

After the break Tommy Connery, Brennan Mulholland, and Ben Davis were introduced to add impetus to the Colts attack.

Having weathered the first half storm Holywood settled and it came as no surprise when they took the lead.

Worse was to come two minutes later when a cross from the left wasn’t cleared, allowing the Holywood forward to head the third. Dylan Strong’s cross was parried out to Ronan Lavery who slotted the ball home.

Celebrations were short lived as the referee blew for offside. But the Colts were rewarded seven minutes from the end when, from an almost identical move, Ronan Lavery clawed a goal back.

Colts’ 100 per cent start to the season continued when they recorded their sixth successive league win in a fascinating encounter at Lough Moss.

After 20 minutes Valley took the lead following a mix up in the Colts defence.

The Colts found it hard to get their passing game going but gradually worked their way into the game with Curran and Murray linking well in midfield.

Johnny Henry was the tireless target man up front but the Colts rarely threatened the Valley keeper.

The Colts started the second half well with Brownlee and Curran testing the keeper early and it was no surprise when the Colts equalised.

A measured cross into the penalty area from Croskery found Henry who rifled home.

Ten minutes later the Colts took the lead when a long kick from Overend was flicked on by Henry to Doherty who slid the ball past the advancing keeper.

Valley were dangerous on the break though and the excellent pairing of Artherton and McArdle had to be alert on several occasions.

The Colts wrapped up the scoring late on when a Magee cross found Brownlee at the back post who made no mistake. Curran, Murray, Artherton and Henry were excellent throughout.