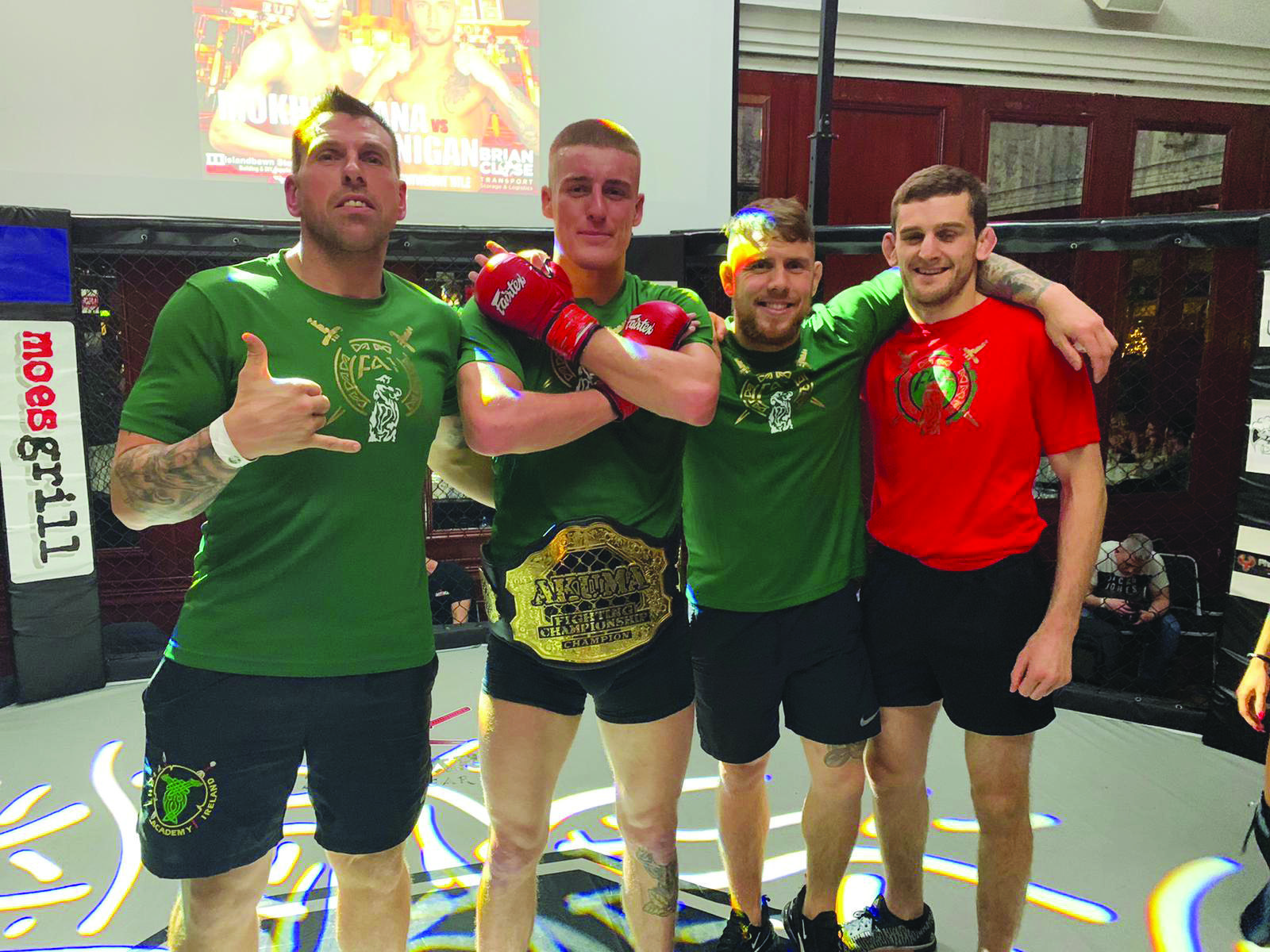 IT has been billed as ‘the biggest ever MMA show in Belfast’ and Cage Conflict 4 will showcase the talents of dozens of local fighters as part this year’s Féile an Phobail.

The event will take place in the Falls Park on Thursday, August 12 with 40 fights taking place across a marathon card.

He’d worked with Féile last year in an attempt to organise a big, outdoor show in Belfast, but the pandemic put paid to those plans.

Now, one year on, they’ve went one step further with a mammoth show and Shannon says fans will be seeing the best talent Belfast has to offer.

“We had run previous events at the Devenish and some of the guys from Féile were in attendance,” remarked Shannon.

“They saw the talent and the interest in what we were doing. The amount of talent in West Belfast at the moment is ridiculous and we wanted somewhere we could portray that. We just needed a bigger platform and we had meetings with Féile last year.
We were going to run an event outside at Brook Activity centre as part of Féile before Covid hit.

“The way the chips fell this year, there was a slot free on an outdoor event on the Thursday (August 12).

“It gave us the chance to make that leap from running a show in a function room to holding a massive outdoor event.”

The event will be co-headlined by one of Shannon’s fighters, Paddy McCorry, who makes his professional debut against Petru Plesca for the middleweight title while Andreeas Binder takes on Mihail Gusacov for the welterweight title.

A number of other local professional MMA fighters will also feature on the bill including Ciaran Mulholland (flyweight), Matthew Elliot (featherweight) and Ciaran Breslin (bantamweight) with several amateur titles also on the line throughout the stacked card.

“Paddy McCorry is making his professional debut on the show,” added Shannon.

“He has won a few Irish amateur titles and was due to make his professional debut last year, but every show got cancelled. It has been put on hold, but he now has the chance to make his debut on the biggest stage.

“Our first show was headlined by Paul Hughes and he has now signed with Cage Warriors and is set to fight for a world title in October.

“It is a building block to go on to the biggest stages in the world.”

That’s certainly the message Shannon gives to young, ambitious fighters who start out at Fight Academy and it isn’t a hollow promise.

Just last month, Joe McColgan won the Cage Warriors world lightweight title with a third round stoppage win over Dutchman Agy Sardari in London’s York Hall.  The last Irishman to claim that title was none other than Conor McGregor.

The Cage Conflict event will not only showcase those who have dreams of becoming world champions, but also those who are still trying to find their path in life.

“The first four fights we have on the show are teenagers,” stated Shannon.

“They are all local fighters. I won’t get into personal stories, but some of their parents contacted me last year and said they were in a bad way in terms of their mental health.

“These guys are opening the show to give them some form of inspiration to train for, to get them off the streets and give them some focus in their lives.  That goes right along the board. You have the guys at the professional end of things, but I think it is important to have the platform for all fighters.

“It keeps them positive and they can set themselves targets and goals. “With that, comes the atmosphere in the gym as they feel a part of something.

“During lockdown, we all had demons and it is important to give people hope. That’s why we’ve so many fights – we are covering so many levels.

He added: “If you train for a football match all week and sit on the bench and never get on, eventually you’ll not turn up for training.

“Our messages is, if you come to the club and train hard, we’ll give you the opportunities and open doors for you.

“This is the biggest up-and-coming sport in the world. It is the first time it has been part of the Féile and it is full of local talent from West Belfast.”

Tickets for Cage Conflict 4 ‘The Resurrection’ are on sale from Ticketmaster.ie.