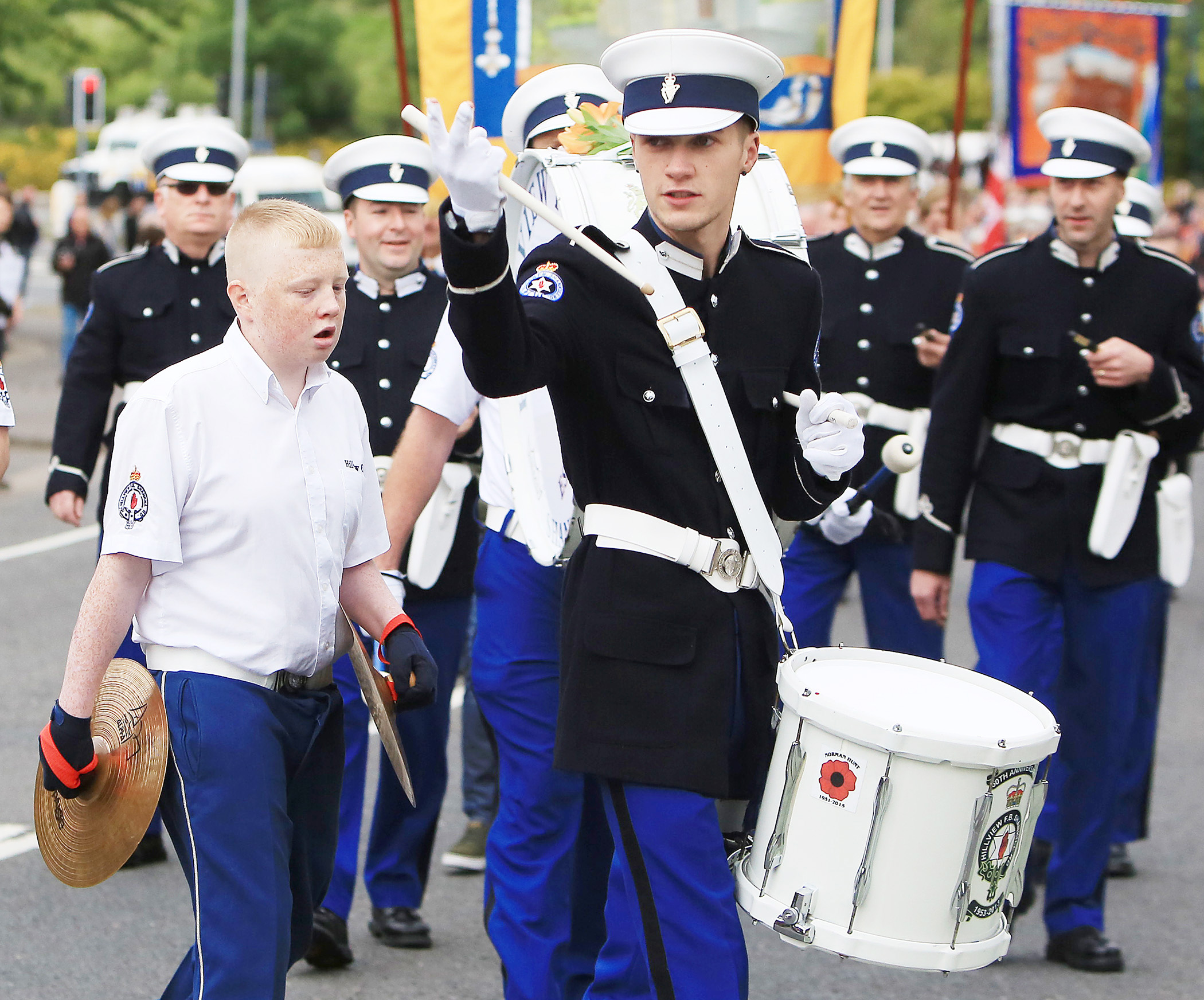 AN estimated 200 residents gathered to protest on the Springfield Road on Tuesday morning against an Orange Order march through the gates of Workman Avenue.

The peaceful protest was organised after a Parades Commission determination last week which allowed the bandsmen to march down the Springfield Road and through the Workman Avenue gates after banning them just two weeks previously.

Residents chanted ‘Walk of shame’ as the bandsmen made their way through the gates and emerged on to the Springfield with raucous rendition of The Sash.

Sean Murray of the Springfield Residents’ Action Group said: “We were giving out leaflets last night in relation to this morning’s protest and local residents were asking me ‘How did they come to this decision regarding the determ-ination?’ I had to tell them that I couldn’t explain it.

“What I am now going to do is request a meeting with the Parades Commission. I’m going to invite them to a public meeting in the area sometime in the autumn for them to outline their rationale behind using the same criteria for both parades but delivering a totally contradictory outcome – allowing them through the Workman gate on the Twelfth morning but not allowing them through for the Whiterock Parade.”

He added: “This is only a feeder parade and it’s not allowed to return this evening. It’s been banned this past thirteen years and rerouted away from this area which obviously the residents welcome. Tension would have been building from the morning waiting for the return at teatime, now they don’t have to deal with that sort of scenario and long may it continue.”

West Belfast MP Paul Maskey said: “Once again it’s disappointing that this march is going through Workman Aveune. There have been negotiations going on to try and get this resolved, it’s unfortunate that it wasn’t. It’s clear that the people of this area and this road don’t want this kind of thing any more. They want to reach a compromise with the Orange Order and that didn’t happen, work has to begin again as soon as possible to try and get this resolved as people are hemmed into their homes year after year. I would urge the Orange Order to sit down with local residents and try to come to some sort of decision whereby everyone can come and go as they please.”

Sinn Féin Councillor Stephen Magennis said: “We are here today to show support to the Springfield Road residents. These parades marching through a nationalist area cause fear and tension each year. We welcomed the Parades Commission’s decision a few weeks ago regarding the Whiterock Parade.

“There’s a huge turn out today because people are angry. One week the parade is blocked, much to the residents’ relief, and then it’s overturned two weeks later. The residents are scratching their heads as to where this decision came from.

“So we are here today to show our support and we will keep doing his until the rights of the residents are respected and upheld,” added Mr McCann.