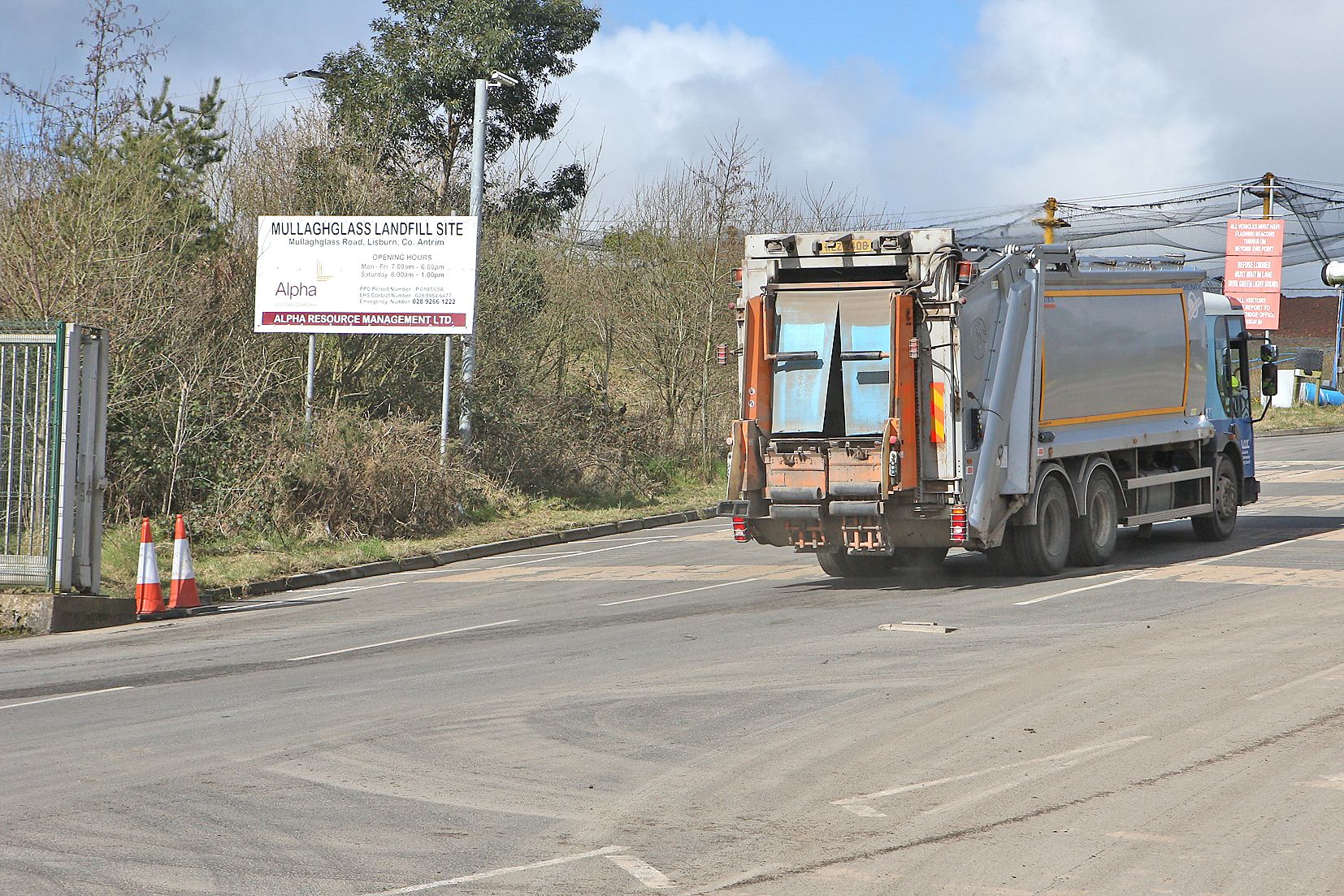 MAIN SOURCE: The Mullaghglass landfill site on the outskirts of West Belfast

Residents living in the shadow of the Mullaghglass landfill site on the outskirts of West Belfast have described a recent meeting with the Public Health Agency as a “tick-box exercise” that has done little to alleviate their concerns.

Speaking to the Andersonstown News Mairead Connolly, a resident who like others has been living with the odour for a number of years spoke of her frustration. “I felt like information had  been cherrypicked before the PHA were briefed,” she sid. “It appeared that Dr Waldron had not been made aware of the fact that the Mullaghlass landfill has been non-compliant with their permit since October 2020 and it felt he had just been made aware of an odour issue. I didn’t feel like he was aware of how serious this issue has been for residents.

“At that meeting the NIEA (Northern Ireland Environment Agency)  told us that Mullaghglass is one of the most heavily regulated landfill sites in Northern Ireland yet they have been allowed to remain open despite being deemed non-compliant. This meeting with the PHA was significant but it felt more like a tick box exercise. The information that they provided could have been found on a Google search. They talked about the methine gas that is being emitted from the site but failed to discuss the carbon dioxide or sulphide which is causing major concern to residents.”

Another resident who we spoke to has described how she has given up hope of their being a solution.

Shauna Benson told us: “I’ve got to the point now where I feel like it is a complete waste of time. I feel like nobody is doing anything to help us. It is interesting though that the odour appears to have vanished since we had a meeting with the NIEA a fortnight ago.”

However, Mullaghglass is not the only odour plaguing the area. In January 2018 the Andersonstown News reported that residents living in Twinbrook and parts of Lagmore began to complain of a ‘damp cloth’ smell which led to Belfast City Council launching an investigation in November of that year.

It was October 2019 when residents began to detect the odour which has now been traced to Mullaghglass. This was only the beginning of the issue as in August 2020 another new odour was detected in the area. This time the odour had been detected at the Natural World Products site on the Glenside Road and the NIEA believed that this was the source of what we now know is coming from Mullaghglass. However, the odour on the Glenside Road was a temporary issue caused by the site handling animal feed following a fire in Duncrue Industrial Estate.

In September 2020 the owners of Mullaghglass landfill announced plans to replace its gas wells. Around this time, the NIEA and IPRI agreed to expand the odour monitoring and to carry out joint site visits on a routine basis. At the end of September we reported that the NIEA had now traced the odour to the Mullaghglass landfill site and the operator agreed to bring forward the installation of additional gas extraction wells in advance of the original planned date of November 2020.

Speaking in the Assembly Chamber in November last year, then Environment Minister Edwin Poots informed MLAs that the Mullaghglass landfill had been assessed as being non-compliant with the pollution prevention and control permit and that NIEA had directed the operator to take action and to implement new measures to address the odour nuisance.

Residents living in the area have said that they have been unable to detect the odour for almost two weeks and that it appeared to disappear following a meeting between them and the NIEA.

Speaking after the meeting with the PHA, local Sinn Féin councillor Danny Baker told us how the damp cloth odour associated with Dunmurry Industrial Estate has now returned and that he has raised the issue with the NIEA.

“The NIEA have told us that Montupet is compliant and that they are currently only operating at 70 per cent capacity. They are going to go back to the site and carry out more regular check.”  Discussing the meeting with the Public Health Agency he added: “There are serious questions being asked about people’s health and we are not getting any confidence from the answers we are receiving.

“The set-up of the meeting made it hard for people to ask the questions that they wanted answers to. We were unable to see who the participants were and questions had to be submitted through a chat box. This meant that no one could see the questions that others had asked. It felt extremely hard to communicate what you are trying to ask when the person putting the questions to the PHA representatives were being selective in the questions they were putting forward and summarising them without major detail.

The stench over parts of Lisburn from the non compliant Mullaghglass site needs addressed, your Lagan Valley team met with NIEA on this earlier in the week- we secured confirmation that enforcement can & will be taken if short term mitigations don't work- it needs to happen. https://t.co/WmOD1iGGba

“I know that Covid-19 is a major priority for the PHA but surely someone needs to test for toxic gasses so that we can relieve people’s fears. While we were told that there is no evidence to suggest that there is a risk to public health, we are unaware if the PHA were informed that the site has been deemed non-compliant. There is a real concern within the community that this site is not being managed properly and we need to know where the evidence came from that led to the PHA coming to this conclusion.”

He added: “In a previous meeting we were told that a horizontal tube would be installed at the site and that the odour would get worse over the next couple of weeks but that they hoped this would improve the situation. The odour did not get worse – it disappeared.”

Cllr Baker said that if it wasn’t for the Environmental Health team at Belfast City Council “I don’t know where we would have been”.

“They have been absolutely phenomenal in dealing with residents even though the site is within the boundaries of Lisburn and Castlereagh City Council.”  We asked the Public Health Agency if they had been made aware of the fact that the Mulaghglass site had been deemed non-compliant prior to the meeting and what evidence they used to conclude that the site did not pose a significant risk to the public health.

PHA refused to be drawn on our questions and in a statement said: “The PHA has discussed the issue at Mullaghglass landfill site with the NIEA who have advised that they will keep us updated with developments.

“The majority of unpleasant smells experienced in the community are not harmful to health. Based on the information provided to the PHA, it does not consider that this odour represents an immediate threat to the physical health of the population. The PHA will continue to liaise with the NIEA on this issue.”

the mullaghglass odour has been non existent recently.

From the meeting today, this has summed up the past 3 years for me, 1 step forward and 2 steps back.

But we won't give up

In a lengthy statement the Department for Agriculture, Environment and Rural Affairs told us: “The Department is aware of numerous reports of odour issues from a number of industrial sources in the Lisburn and West Belfast area.  The Northern Ireland Environment Agency (NIEA) continues to investigate these reports and is working with the Environmental Health Officers from both Belfast and Lisburn Councils in its investigations.

“Over recent months NIEA has been involved in detailed discussions with the operators of other regulated sites in the area to agree their immediate actions and longer term mitigations to urgently and fully address the odour issues. This engagement with operators will continue alongside further site visits and odour monitoring to provide assurance on the effectiveness of the actions being taken in managing the problem at each of the sites.

“In early February, the operators of the Mullaghglass Landfill site undertook a number of additional measures including the installation of a new horizontal gas scavenger well (approximately 100-150 m in length) in the active area of the site. The installation of this well had the potential to cause a short term release of further odours but these did not materialise and the work has since been completed with the well connected to the site’s gas management system. Gas engineers are presently commissioning the well which may take a couple of weeks to fully complete.”

On the issue of the gasses being emitted from the site, we were told: “Although Mullaghglass is a non-hazardous landfill the operator undertakes regular and detailed monitoring of the composition of the landfill gas extracted and collected within the gas management system and is required to provide this information to NIEA at regular intervals. These  can identify not only the methane and carbon dioxide content but also the trace elements, thereby helping to  confirm the absence of any toxic gas. Methane is the main gas produced and both the operator and NIEA continue to monitor methane levels on the landfill site itself to pinpoint the presence of any fugitive emissions.”

Continuing, they added: “NIEA and council staff are committed to finding a resolution to the odour problems affecting residents with further site visits and odour monitoring checks being undertaken throughout the Lisburn and West Belfast area. This includes site visits and odour checks at regulated sites within the Dunmurry Industrial Estate to seek to address reports of a damp cloth smell in the surrounding area.” 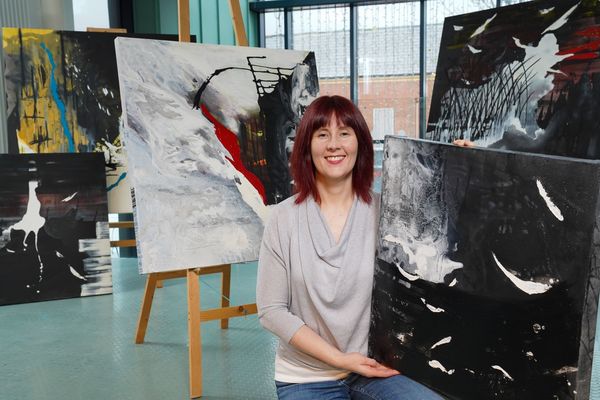 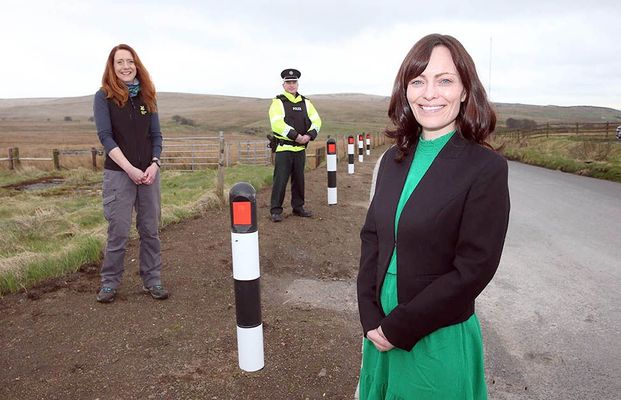