More to shipyard than Titanic 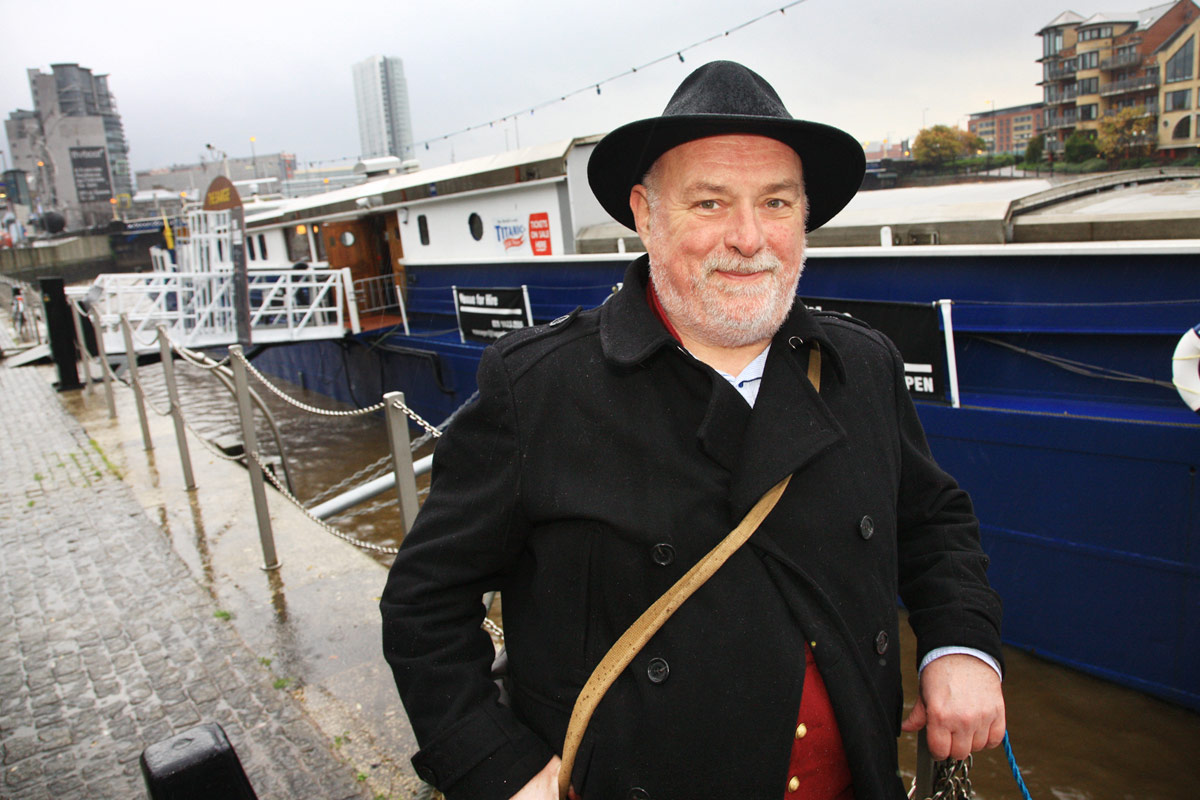 One of the most important industries in the development of Belfast was shipbuilding, with a particular exertion in the city’s shipyards during the two world wars.

A lecture to be held next week explores that effort, looking at the effects of the global conflicts on the yards, their output and the people who worked in them.

Shipyards at War will be held on Friday, November 4 at 10.30am on the Belfast Barge in Lanyon Quay as part of the Ulster People’s College People’s History initiative.

It will be delivered by Dr John Lynch, a former lecturer at Queen’s University and expert in the local industry. He is the author of An Unlikely Success Story: Shipbuilding in Belfast and says attendees will hear a range of fascinating stories.

“We will look at the shipyard industry in Belfast during two of its most important periods – the first and second world wars.

“The First World War was classically British in that it was a complete shambles. In the first two years, Belfast produced almost nothing. Then in the last two years, mass production of merchant vessels began.

“By the time of the Second World War, everyone was expecting a war and so they were ready for it. Shipyards here started receiving massive orders for ships and they were building 20 escorts at a time. There was never an empty slip at Harland and Wolff during that period.”

John said the massive production here was due to the belief that Belfast was a ‘safe’ location.

“Belfast produced over 160 ships in the war years despite having never made a warship before that. The Air Department was convinced the city was out of the range of German bombers, at least until Germany conquered France and then things changed.

“Even then there were only a relatively small number of raids on the yards and little damage done. Harland and Wolff lost its engine works but the yard was never knocked out of production as its power station kept operating the whole time.

“Belfast however did lose a large amount of ships – about one in six of all produced were sunk by enemy action. That was due to the type of ship built here. They were big oceangoing merchant vessels that were trying to fight their way back and forward across the Atlantic, so they were taking heavy losses.”

Although John is an expert in the area, he said he discovered many interesting stories during his research, which he will share with those who attend the lecture.

“My favourite is the connection I found between Belfast and the Sound of Music,” he says.

“Titan, which was built in Belfast, was sunk in the Mediterranean in August 1917 by a submarine piloted by Austria’s foremost U-boat ace Georg Ludwig von Trapp.

“After the war, he married his children’s teacher, a girl named Maria, before losing all his money in the global depression. In order to get back on their feet, his wife organised all the children to do singing events. It was the famous von Trapp family and their story was told in the Sound of Music.

“Another involved the amount of ships that disappeared at sea. Out of all those built in Belfast, 27 sailed out of port and were never heard from again. The Lord Dufferin, the last sailing ship produced in Belfast, was five months old when she left Barry in Wales carrying coal to South America in 1896. It left Montevideo in Uruguay bound for New York that October and was never seen again. There were 27 lives lost.”

The lecture is one of a series being delivered by the Ulster Peoples’ College around the history of ships in Belfast this year. John said they were full of interesting subject matters.

“The first one I did in May looked at the everyday life of the ordinary worker who built the Titanic. It was about what it was like to be a shipyard worker at the time, from the pay to the housing conditions. No-one ever really talks about those stories.

“Another lecture coming up is called Bananas and Emigrants, which looks at how every time you eat a banana you should thank Belfast shipbuilder Workman and Clark, as they developed the modern fruit carrier. You can’t freeze bananas, you have to chill them, so they invented a system where you could keep the hull cool and therefore transport them, not to mention meat and other products.

“By the beginning of the 20th Century, every man, woman and child in Britain was eating six pounds of imported meat, and Belfast was building the ships that made that possible.”

John said he hoped the event would help people get past the notion that the famous Titanic was the only ship Belfast produced.

“I’ve got nothing against the Titanic, she was a fantastic ship. But she was one of three and the end product of 30 years of development building liners.

“I just think everything else done here has been forgotten about in relation to it. Belfast built the first-ever turbine-powered ship in the north Atlantic; it built ships that carried emigrants out to different countries and it brought meat and bananas back from foreign climes.

“There is much more to shipbuilding in Belfast than the Titanic, which has obscured things in its shadow.”

If you would like to attend the Shipyards at War event, please contact Karen Brennan at the Ulster Peoples’ College on 90 941 695. John’s latest book Belfast Built Ships, which has details on all vessels built in the city, will be published in the near future.