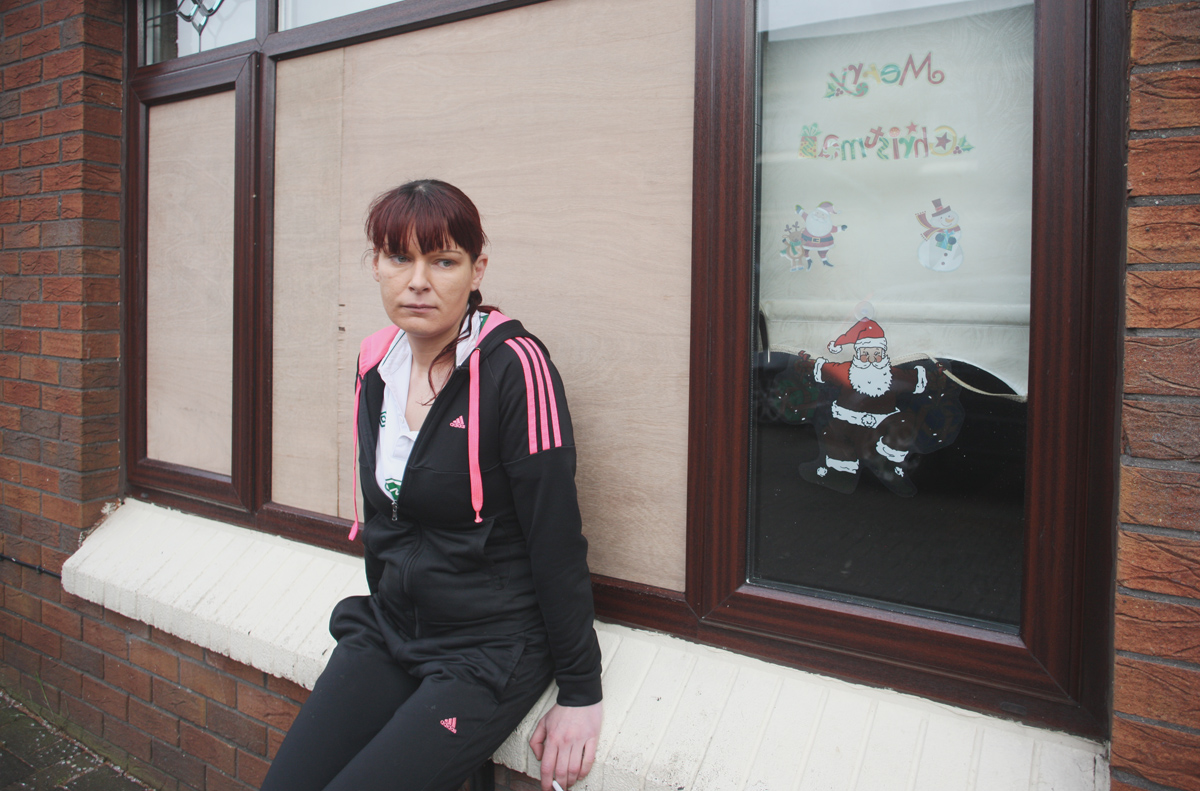 A WOMAN who had a gun pressed against her head in front of her children by a masked man at her Oldpark home has said that she’s seeking refuge in a hostel because she’s too frightened to return home.

Chantelle Collins was at home in Parkview Court at around 8pm on Tuesday when a masked gunman and an unmasked man burst in, threatened her life and ordered her to leave the area before breaking the front windows of her home.

The mother-of-five, who has lived in the house for less than a year, said that she’s been left stunned by the incident and added that she’s been given no explanation for the threat on her life. She said that the unmasked man declared that she had been warned before to leave the area and when she questioned why the men were in her house the gunman became aggressive and put the gun to her temple.

“My kids were screaming, my daughter was shouting ‘Please don’t shoot my mummy’ but the man with the mask was aggressive, he swore at her and told her to keep quiet

Chantelle said that she had put a graffiti attack on her home three weeks ago down to youths and did not realise the severity of the threat. The graffiti read ‘Get out now’.

After leaving the property the two men proceeded to smash the windows at the front of the house. A neighbour said she saw two men making off in the direction of the Oldpark Road when she went to investigate the noise.

Chantelle said that her children, the oldest of whom is 11 and the youngest aged three, have been left traumatised by the incident.

“These people didn’t say who they were, they didn’t say what I had done or why this was happening. I can’t go back to the house for the safety of my kids so now we are going to have to be relocated to a hostel just weeks before Christmas.”

A spokesperson for the PSNI said that they were appealing for witnesses in relation to the incident.

Detective Sergeant Dolores Black said: “We are investigating a report that two masked men armed with a handgun forced entry into a property and threatened the householder shortly after 8pm on Tuesday night. There were no reports of any injuries.”