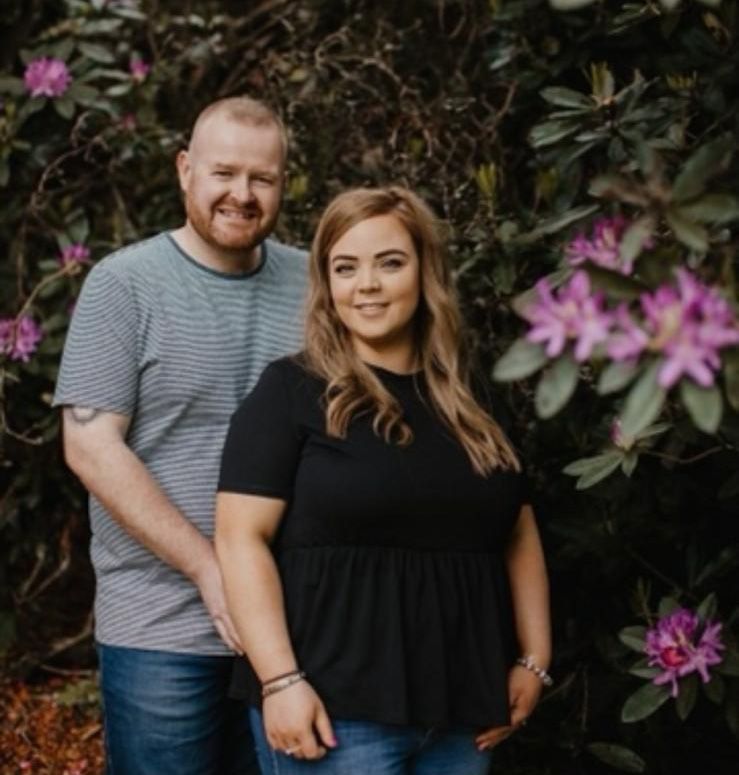 TOGETHER: Paul and Katie before Paul’s illness struck

MOVING tributes have been paid to 31-year-old Paul Dornan who tragically passed away on Tuesday after having been diagnosed with leukaemia.

The Andersonstown News reported last month how Paul, from Rossnareen Avenue, had been given the shattering diagnosis back in March.

Friends rallied to help support him and his young family. Paul only married last year and his wife Katie is due to give birth to their first child in December.  His close friend Kieran McCormick told the Andersonstown News how, as an experienced nurse, he was able to care for his friend at his home.

“Paul was told two weeks ago that the hospital was stopping treatment, that they would continue to give him blood transfusions,” he said.

“He was asked did he want to know how long he had left and he said no. Later his wife Katie had a one-to-one with the doctors and they told her it was basically a matter of days to a week. From there we got the ball rolling. Paul told me, ‘Kieran, I can’t die in here,’ so we got a hospital bed into the house and got everything sorted.”

“Paul was then nursed at home,” he added.

“He was stoic throughout all of this to the end,” he said. “During Paul’s final hours, I knew what was coming. I put him on his oxygen and Katie was at the side of the bed to hold his hand. He just tilted his head to look at her.

“I kept saying ‘Paul, it’s okay, you don’t have to be afraid, take it easy mate, everything is all sorted, we’ll look after Katie, you have no more worries’. It is just so very sad as their wedding anniversary, their first, is next week and their baby is due in December.”

I kept saying ‘Paul, it’s okay, you don’t have to be afraid, take it easy mate, everything is all sorted, we’ll look after Katie, you have no more worries’. It is just so very sad as their wedding anniversary, their first, is next week and their baby is due in December.”

Kieran said he and the family would like to thank all those who contributed to the Go Fund Page that was set up to help the family.

“We want to say a massive thank you to all those for their generosity. I updated the page to let people know Paul had passed and for them to keep Katie and Mia in their prayers.”

Kieran said his friend was “stoic personified” throughout his seven-month battle.

“Paul didn’t want any fuss, none at all. I would be trying to check his oxygen or temperature during the night and he would be telling me to go away. He just wanted to be left alone, in his own house with his family.”

Kieran described Paul as the “life and soul of any room”.

“He had the driest sense of humour, just like his mummy Maura. He was so well thought of, he was just great craic. It was a privilege to have been able to look after him. Paul and Katie got those six days at home together; it was his biggest fear to die in the hospital. He got to be at home, with Katie in the end.”