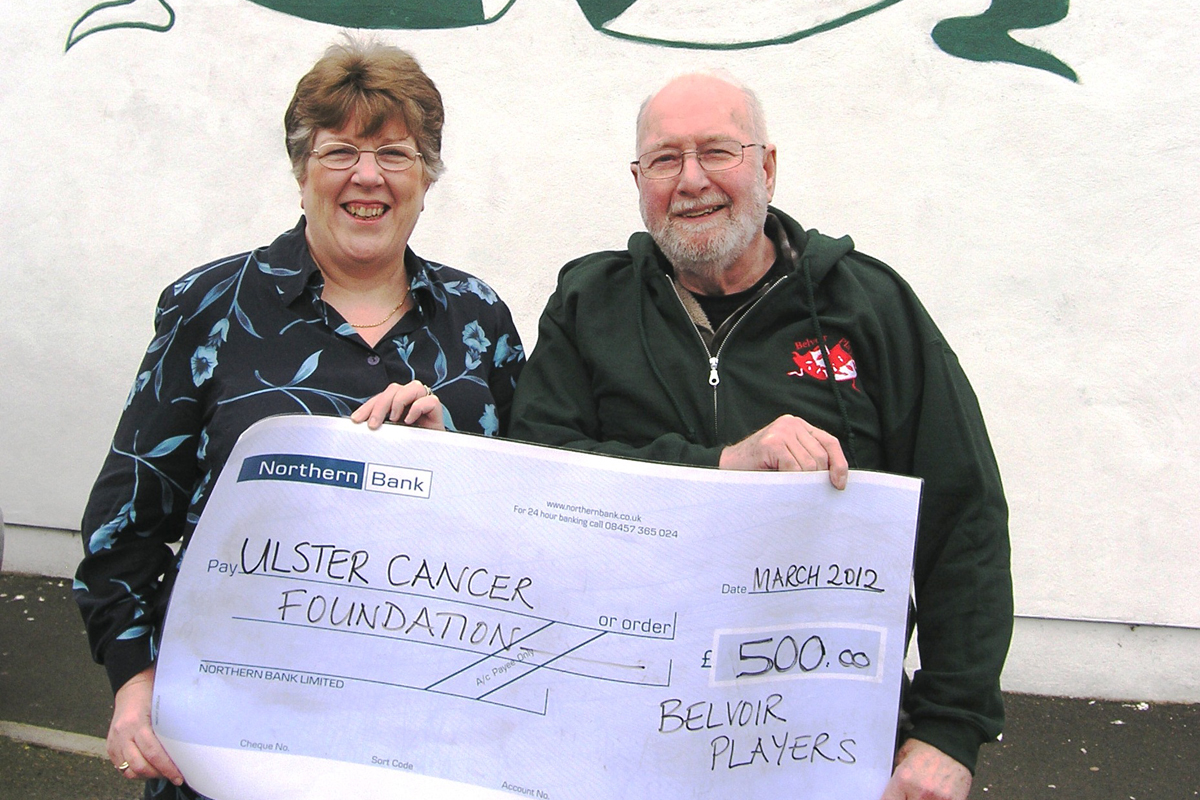 THE Belvoir Players drama group have honoured the legacy of a much-missed former colleague, with a charitable donation in her name.

Barbara Girvan, who died earlier this year from breast cancer, was secretary of the popular dramatic society. The group recently presented a cheque for £500 to the Ulster Cancer Foundation in her name.

Brave Barbara had previously used her experience in fighting the disease for a drama production detailing the challenges faced by those coping with cancer.

Titled ‘Unravelling the Ribbon’, the play ran in October 2009, and Barbara shared her experiences to promote the show, and made sure the difficult themes involved were handled with sensitivity.

Belvoir Players’ Artistic Director Richard Mills said: “Barbara had used many of the services provided by the Ulster Cancer Foundation and really felt that they gave her the confidence and enthusiasm to get on with her life.

“It’s very fitting that we can present this cheque to the Ulster Cancer foundation to enable them to continue to provide the services that mean so much to people living with cancer,” he added.