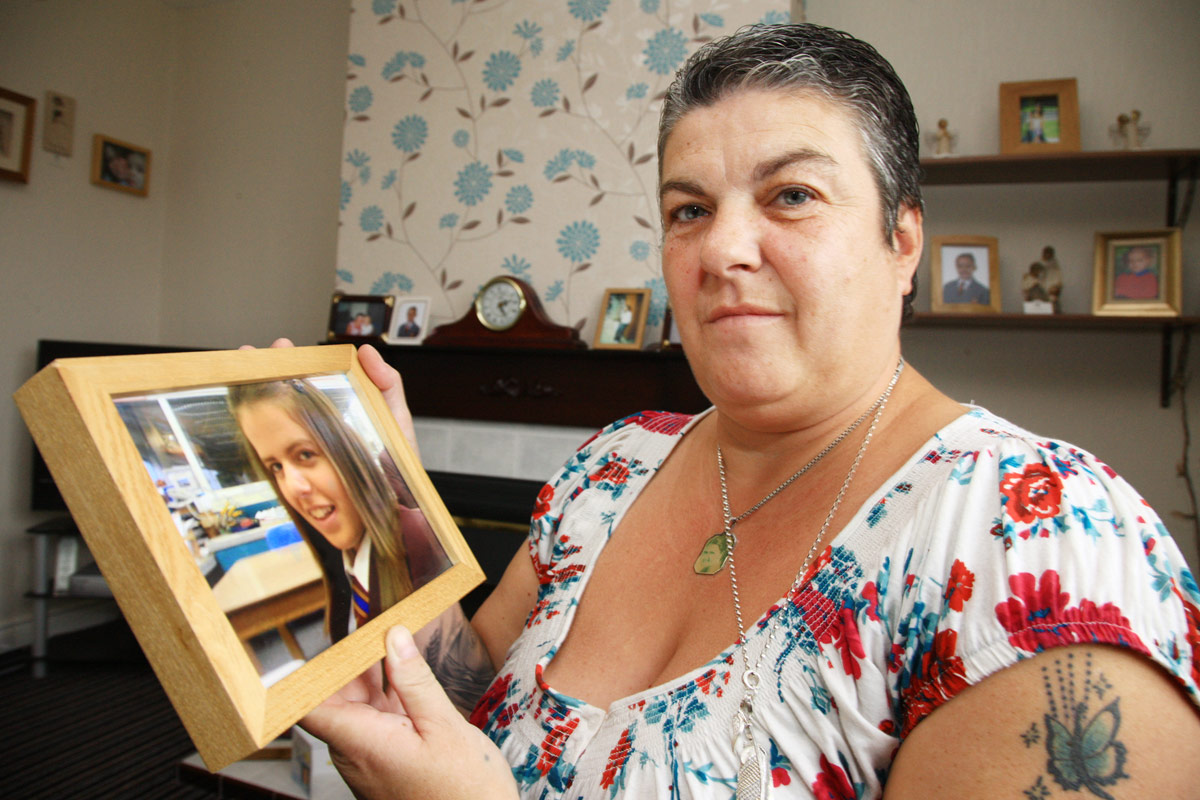 A bereaved mother who told the justice minister of her heartbreak over the sentence handed down to her daughter’s killer said he was “almost in tears of sympathy” after meeting her.

McDonnell, from Garnock in west Belfast, walked free from court in November 2009, with the sentence only being activated in August after he was found guilty of more driving offences.

Shirley said Minister Ford had listened to her concerns and given her sympathy which she said would allow her daughter to “rest in peace a bit more”.

“I told him how I believed Adele’s situation had shown how lenient sentences were in cases like this. He took everything we said onboard and reacted very positively. The minister told me a look at how sentences are given out and how long they are for is in the pipeline, which I was pleased to hear. I said to him to imagine it was his daughter who had been killed and he was almost in tears by the end of our meeting.

“All in all it was very positive and I think I managed to convey everything I wanted to, so I’ll wait and see what is followed up on in future.”

Shirley said she believed despite the tragedy, something good could come from Adele’s death. “Obviously it’s too late for us and there’s no going back in our case but if anyone else benefits from this, it can be a good thing. I wouldn’t wish what happened to us on my worst enemy but if it does happen, this may mean some other family may benefit. I hope and pray they get the justice we didn’t. It’s just sad my daughter had to die for it to get this far.”

Shirley said she now believed her family could move on from Adele’s tragedy and get on with their lives.

“Adele will never be forgotten but you have to lay things to rest sometime. It’s been four years now since her death and it’s just been constantly mentally draining.

“My other daughter, my ex-husband and I have all been through psychiatric care as a result of this and it will never leave us but hopefully now this meeting will mean we can get on with our lives again.”

A Department of Justice spokesperson confirmed the minister had met with Shirley and her family.

“He expressed his condolences at the loss of their daughter and thanked them for making him aware of their personal experience of the criminal justice system.

“He also took the opportunity to highlight the work being undertaken on the issue of sentencing.