New Irish music to get you through your lockdown weekend 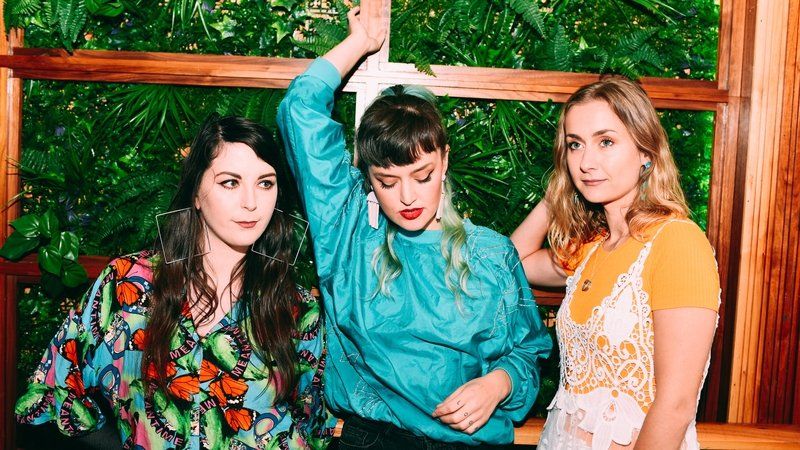 MELODIES: This week we have been treated to a new full length from Wyvern Lingo with ‘Awake You Lie’

THERE was something in the water last week. It’s the only rational explanation for the mountain of new releases from Irish artists – the largest influx of new tracks of the year so far if my calculations are correct. I could spend the whole column breaking down my favourites, but before we get stuck in, there’s been several developments worthy of your attention.

In industry news, Ireland has throughly thrown its hat in the gender equality ring. Support was announced for the global initiative Keychange, a gender balance initiative that focuses on talent development and opening up opportunities for female, trans and non-binary musicians and industry professionals. Now at 400 organisations strong, Keychange will bring new opportunities to minority groups within the Irish creative sector. Irish organisations who have now signed their pledge include Foggy Notions, The Folly @ Cullohill, Ireland Music Week, HearOne Music, Minding Creative Minds, Róisín Dubh and The Choice Music Prize – you can see a full list of signatories online.

On the subject of The Choice Award, the RTÉ sponsored music award ceremony (which as always has a woefully underrepresented selection of Northern artists) will be broadcast live on Thursday 4th March online on RTÉ Player. With indie darlings Pillow Queens and band of the moment Fontaines D.C. as clear favourites for the coveted ‘Album Of The Year’ award, one can’t help but wonder if underdogs, rapper Denise Chaila or singer Gemma Dunleavy, can steal some votes on the day. Those with the dole burning a hole in their pocket can alleviate that pressure on BoyleSports which hosts odds on both best album and best track.

And following on from the news last week of Britain’s health passport trial, it looks like the landscape we return to will be starkly different to the one we left. It has been heavily inferred by Minister for Justice Helen McEntee that alcohol licensing laws in Ireland could change in ways that positively impact late night entertainment. Amendments such as elongated opening hours, special exemptions for on-sales at the likes of art galleries and theatres and Sunday licensing law changes are just a few of the updates suggested to take place in the coming year. These changes come off the back of the Dublin based ‘Give Us The Night’ campaign, which laid out a nine-point plan to drastically improve Ireland’s antiquated licensing and entertainment laws in 2018.

Moving on to those releases I hinted towards at the start of the column, this week is a doozy. Starting off, I’ve found myself completely taken by an early preview of the newest release from Dublin producer Gaptoof, the resident beat maker at Soft Boy Records (one of the island’s most unique labels). THE SPACE TAPE, a collaborative mixtape that sees GT team up with some of Ireland’s best young talent over 19 tracks (personal favourites include Waterford’s Alex Gough and fellow label-mates, Belfast’s Brién). A charitable project with all proceeds going towards MASI – the Movement of Asylum Seekers in Ireland – the tape will be available on March 5th, which just so happens to be Bandcamp Friday. Heartily recommend firing this release on as soon as you’re able.

We were also treated a new full length from Wyvern Lingo. ‘Awake You Lie’, the follow-up to their award nominated debut, is already being lauded by Irish press as one of the albums of the year. A beautiful release that’s fuelled by potent pop melodies and a deep, rich sound, Wyvern have tapped into something truly great on their latest release. Recorded in Berlin, the band state its as much about finding your place in the world as it is about being unsure of the choices you’ve made, and despite the bold, vibrant scores and structures that make up the album, there’s a vulnerability and yearning present throughout that pairs perfectly with the bands now archetypal vocals. Out now on Dublin’s Ruby Works Records, ‘Awake...’ has melded element of 60’s/70’s rock and 90’s r’n’b, and is a must listen for this month.

The spotlight this week also shines on the likes of pop mavericks Rebekah Fitch and Æ Mak. Both released tracks on Friday that push the boundaries on alternative pop, the former with ‘Loose Ends’ and the latter with ‘Jamie’, and have been on repeat since their release. More addictive pop comes from CMAT (I Don’t Really Care For You) and some bog-gothic folk from Declan O’Rourke (Arrivals) rounds out a stellar week of releases.