DÚLRA: In the Colin hills, nature reclaims what man has abandoned 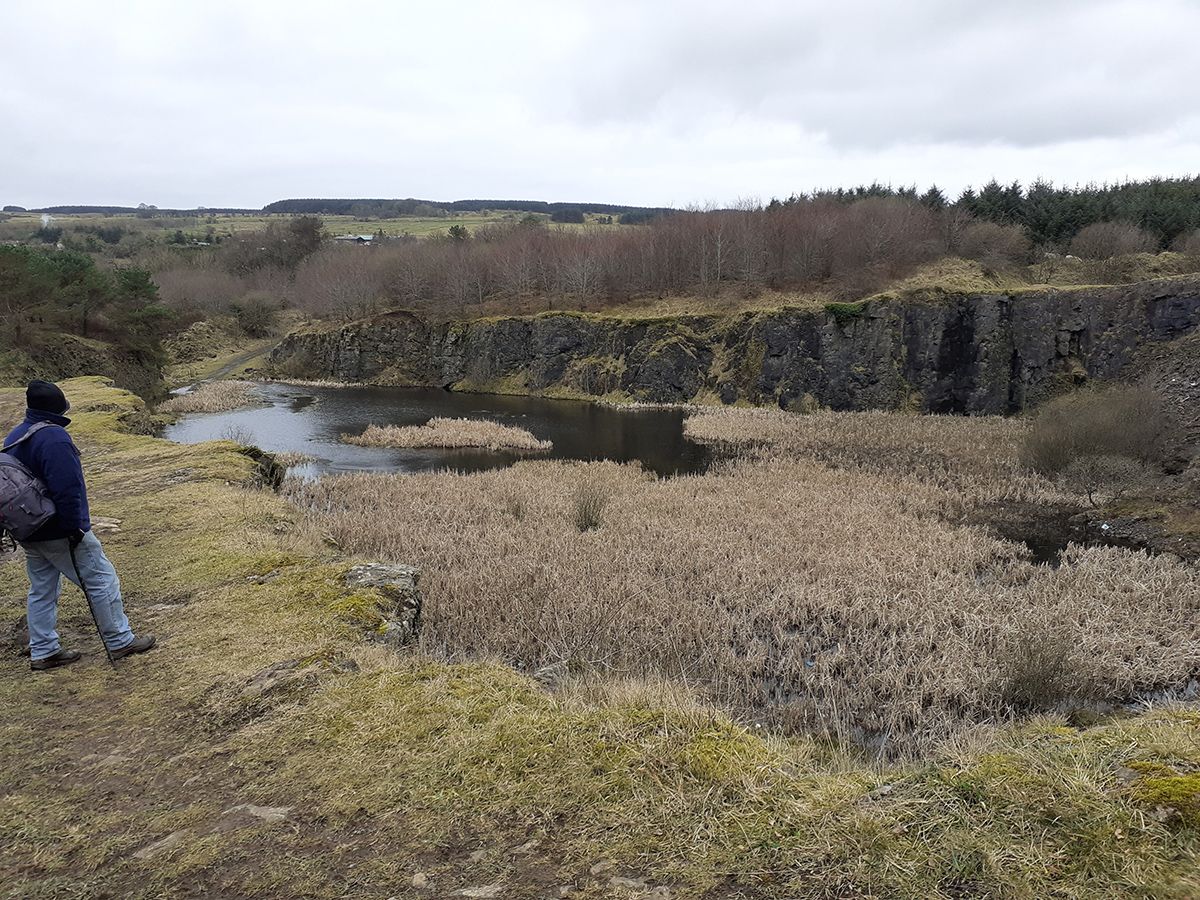 WATER WORLD: The old quarry on the mountain that was abandoned and has since been reclaimed by nature

Damage to our countryside can be repaired – and here’s living proof.

This is one of the countless quarries carved out of the countryside around West Belfast and simply abandoned, leaving a land scarred by ugly pockmarks. There were no environmental regulations those days – or if there were they were often ignored – and the land around our city was used and abused.

All across our mountainsides, lush fields suddenly turn into treacherous cliff-faces. Whole buildings were often abandoned in these quarries as if they’d been evacuated at a moment’s notice – in the past Dúlra has peered inside and found workers’ lunchboxes and teapots sitting on tables like a scene from some post-apocalyptic film.

On one quarry a giant rusty building is attached to the quarry face like a skyscraper – if you were brave enough you could climb metal ladders and check out the rooms!

When Dúlra used to walk these parts, the quarry in this photograph was a forgotten shallow pond littered with discarded quarry equipment. In fact it was at this very quarry one February night many moons ago that Dúlra happened upon what must be one of the wonders of the natural world – mating frogs.

And last week when he returned – on a mission to fill a bottle with insect-filled water from the same pool so he could breathe life into his own mini-pond at home – he was gobsmacked by what he found.

He turned a corner and the view before him was like something out of a safari. This deserted quarry had been transformed into a nature haven, with rows of tall reeds and water deep enough to attract at least four nesting coots.

Native trees line the quarry-top to complete the picture, and although nature was scarce on a windswept February, it will surely burst into life in a month or two. You could imagine a hen harrier sweeping across it on its daily hunt, and it’s got all the ingredients to tempt nesting reed and grasshopper warblers.

A Hannahstown trail has been formed here wending its way through recently-planted trees, down into the back of Colin Glen.

It’s a refreshing dander into land tucked away behind Lámh Dhearg GAA club, countryside that has belonged to nature for an eternity.

The only problem is access. Although the entrance to the walk is just a minute’s dander from the GAA club, there is no footpath, and the traffic is heavy on the Upper Springfield Road. Dúlra crouched into the hedgerow as cars zoomed by – there wasn’t much room when a giant lorry roared past.

Pedestrians aren’t a consideration on most of our country roads – and although this part of our countryside has been opened up to the public along with this fabulous old quarry sanctuary, Dúlra wouldn’t recommend navigating your way to the entrance with kids.

Congratulations to all those schoolkids who took part in the RSPB’s Big Garden Birdwatch, where people were asked to spend one hour counting the birds they saw in their garden.

It made for a great remote school lesson – one P4 class in West Belfast recorded a phenomenal variety of birds, including long-tailed tits. The teacher smartly got her class to start putting food out in the run-up to the count to boost bird numbers.
Technology allowed them to comment in real time on the visitors to their gardens. And when all the birds were recorded in a tally chart, it was time for maths class – put the results into a bar chart!

“It was a lovely lesson to do through our remote learning and it was great to see the children getting involved and achieving the learning intentions,” she told Dúlra.

“And I’m sure their parents enjoyed them being occupied for over an hour!”