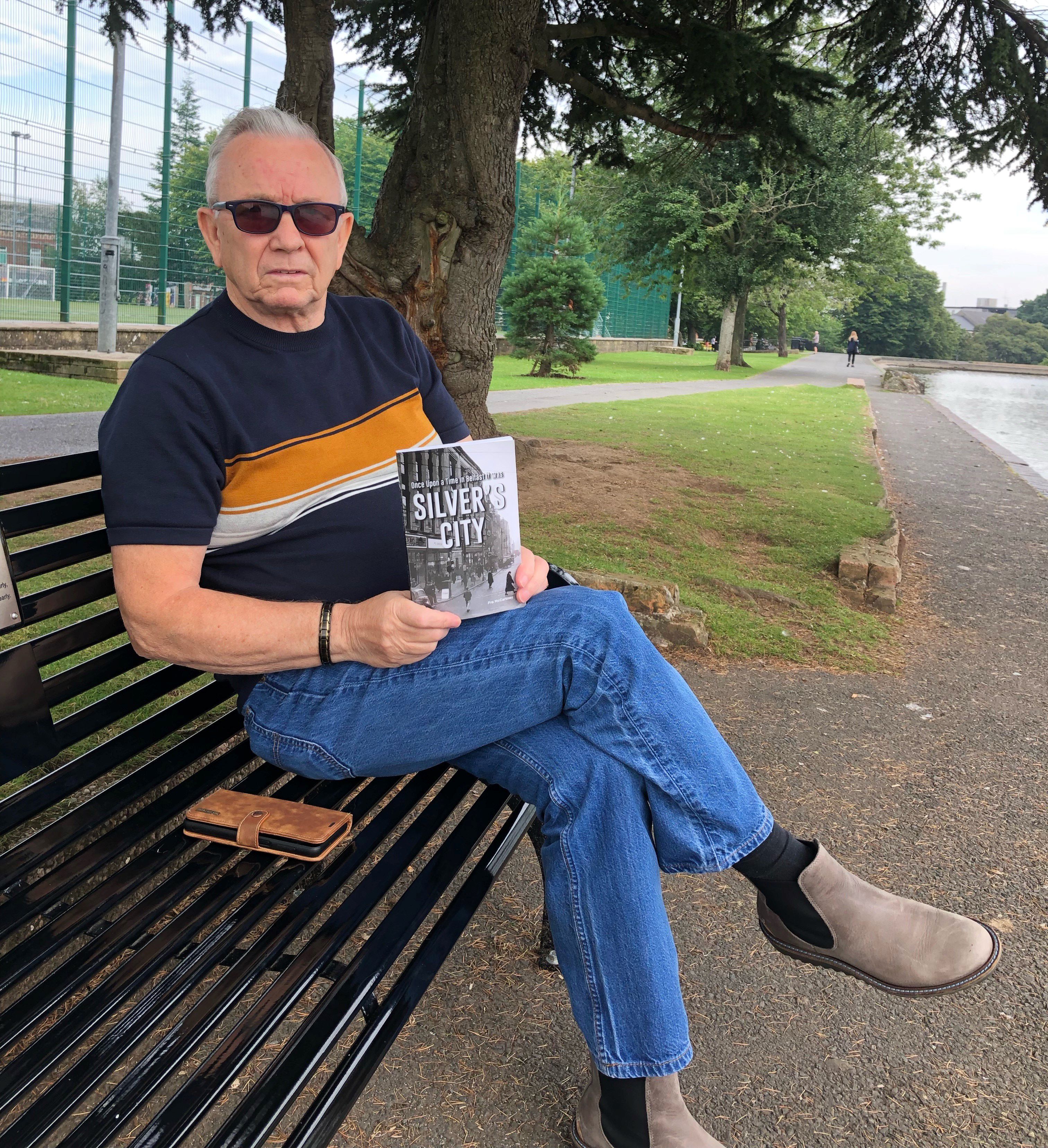 LABOUR OF LOVE: Fra McCartney with his book on Silver McKee

BELFAST man Fra McCartney’s new book is a rip-roaring blast through a time in Belfast’s history which has largely been forgotten and overlooked, mostly due to the all consuming conflict which raged across the North shortly after.

‘Once Upon A Time in Belfast It Was Silver’s City’ tells of the trials and tribulations of legendary old school Belfast hardman Silver McKee from the Market, who worked in the Markets as a Cattle Drover and had legendary feats attached to his name such as supposedly having knocked out a charging bullock with a single punch.

This is a Belfast of cattlemen, bookies, horse traders, strikers, drinkers and fighters. The language and dialogue is authentic without being clichéd, and speaking with Fra, writing the book was obviously a labour of love for him.

“Pre the Troubles in this country, Silver McKee was seen as almost like a film star," he says. "When he walked in somewhere, he’d light up the room, everyone wanted to be in his company, he was a living legend to the people from the Market, and all around the island.

"At that time, although he had stiff competition, he was regarded as the hardest street fighting man in Ireland.”

However, it would be wrong to say the book is only about hard, drinking men, digging the head off of one another, although there is plenty of that to go around.

Silver’s City also deals with the decline of industry in Belfast, the demolition of the Markets, which was the lifeblood and nucleus of the Market area and had sustained a large portion of Belfast’s community for generations.

Fra said: “The Markets was the centre of all life in the Market, you had the cattle market, horse market, pig market, fish market, abattoir, sheep stocks, and the big bakery, the community lived and worked there for generations, it was the lifeblood of the area. When Allam’s closed and that way of life died out, so did Silver, I think it broke his heart, seeing that whole way of life going like that.”

Despite his reputation as a hardman, the book largely presents Silver McKee as a tragic figure, who struggles with finding work, his own drinking, and also his burdensome reputation as a fighter. Silver McKee was continuously hounded and called out by young men looking to make a name for themselves.

While Fra states that although some names, places and timeframes have been tweaked for dramatic effect, what has been put down in the book is all based of true events, but he used Silver McKee as a driver to tell the tale of a Belfast now long gone.

The book is full of local characters from yesteryear, with people like John Weatherall, Shankill street fighter and Silver’s biggest rival who was nicknamed ‘Stormy Weather’, on account of his fighting prowess. Other characters like ‘Tie-the-Boy’, a man who every Saturday in waste ground created by the Belfast Blitz would cover himself up in grease and then bust out of iron chains wrapped around him for the amusement of the crowd. Peppered throughout the tale, these characters bring to life the people, places and events which have lived on in local memory.

Fra is keen to add that the book, whilst being about all of these stories, brawls and characters, is also about the people of Belfast, and it is also about redemption. It’s about how anyone, even someone as tough and renowned as Silver McKee could be up on high one minute, then lose everything, but still be able to bounce back.

The book, which originally began as a screenplay, came about through a post on Facebook when Fra asked some friends what they thought of his idea.

“The feedback I got was really positive, and they encouraged me to write more, so I sat down and wrote the whole thing in 21 days.”

The book certainly succeeds in bringing a forgotten Belfast to life, and brings back an era when many of the jobs in the city where still agricultural.

“I love Belfast, I love the people, I love the humour and I wanted to put some of that love and appreciation into this book.”

‘Once Upon A Time in Belfast This Was Silver’s City’ is currently available from Shanway Press, Waterstones and other local bookstores.