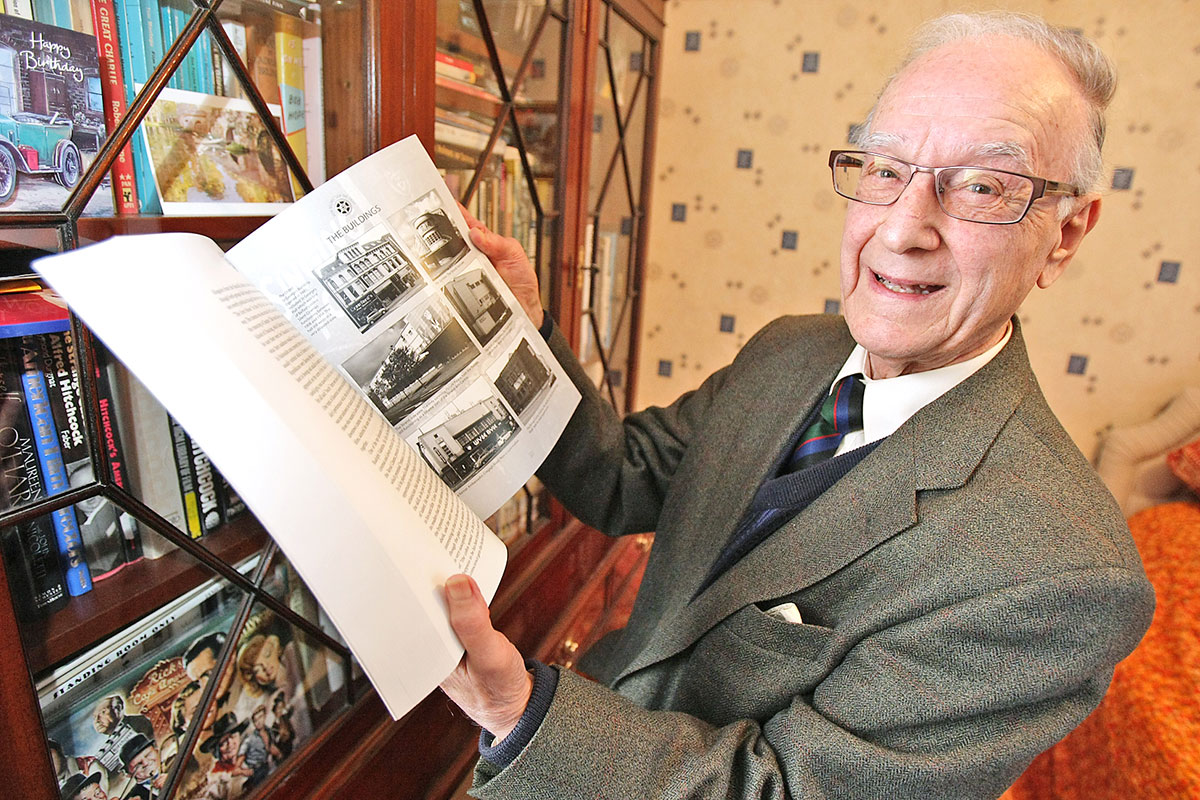 Tom Hughes with his new book

A WEST BELFAST man’s new book aims to bring Belfast’s cinematic history to life.
Tom Hughes, born and raised in Hawthorn Street in the lower Falls, is a retired geography teacher whose fascination with the picture houses of his youth led him to undertake the painstaking research evident in the book’s 720 pages.
The work, ‘How Belfast Saw the Light: A Cinematic History’, is a detailed history of the origin and growth of the cinema industry in the city, of the men who laid its foundations and guided its development.
Every cinema is located and described. Not only the buildings and the people who worked in them – the managers, the projectionists, the ushers, and usherettes – but the films shown and above all the audiences who flocked to see them.
Beginning with Edison’s Kinetoscope Parlour which opened in Royal Avenue in 1895 the story comes up to date with today’s multiplexes.
Tom told the Andersonstown News: “I would go to the old picture houses when I was young, and later as a member of Queen’s University’s film society I would travel around the different cinemas in Belfast. So I’ve always been passionate about cinema and when I retired after over 40 years of teaching I decided to write this book. It took many years of research in old archives but it was worth it.”
The cinema, he says, was a source of entertainment for all strata of Belfast.
“Some thought it was a disruptive influence – that it was immoral, but they were mainly a source of entertainment. The cinemas were also social centres – the cinema was a sign of development and modernity. Every area was proud of its local cinema,” he said.
“The last of the old independent cinemas went in the 1990s. They were beautiful buildings internally and externally. The only ‘thirties palaces’ still in existence is the Strand cinema part of the Strand Art centre in east Belfast. The ones on the Falls: The Broadway, Clonard, Diamond, are all gone. It’s sad but hopefully this book will rekindle some interest in them.”
‘How Belfast Saw the Light: A Cinematic History’ is on sale in the Cultúrlann Bookshop, Sinn Féin art and craft shop, and online at Amazon.co.uk.