New defibrillator is unveiled at park in a tribute to Ricky 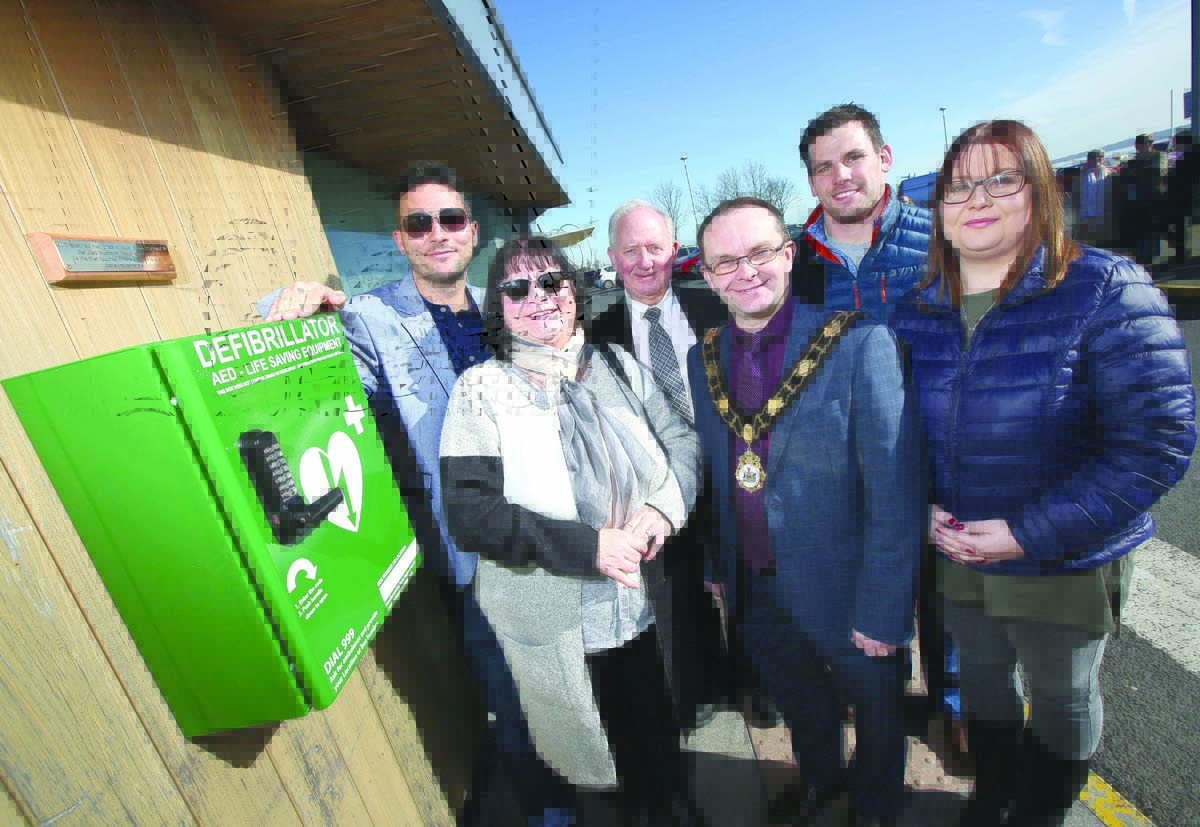 A NEW defibrillator has been installed at Jordanstown Loughshore Park in memory of a man who tragically lost his life in September 2017.
Ricky Stone was out for a cycle in the park and suffered a heart attack. Despite the best efforts of the medical services and members of the public, Ricky could not be saved.
Mayor of Antrim and Newtownabbey, Councillor Paul Hamill, said: “Ricky’s family did not want other families experiencing this pain and heartache so they decided to raise money for a defibrillator in his memory.
“Thanks must go to Martina from defibs4kids for all her advice guidance and support over the past few months.
“Thank you also to family, friends and colleagues from Carnmoney Day Nursery, Contract Services Roofing Decision, DV8 Abbeycentre and NI Trucks.
Without their support this would not have been possible.”
The new defibrillator is located at the Barista coffee shop in the park, so that it is readily accessible to all park users.