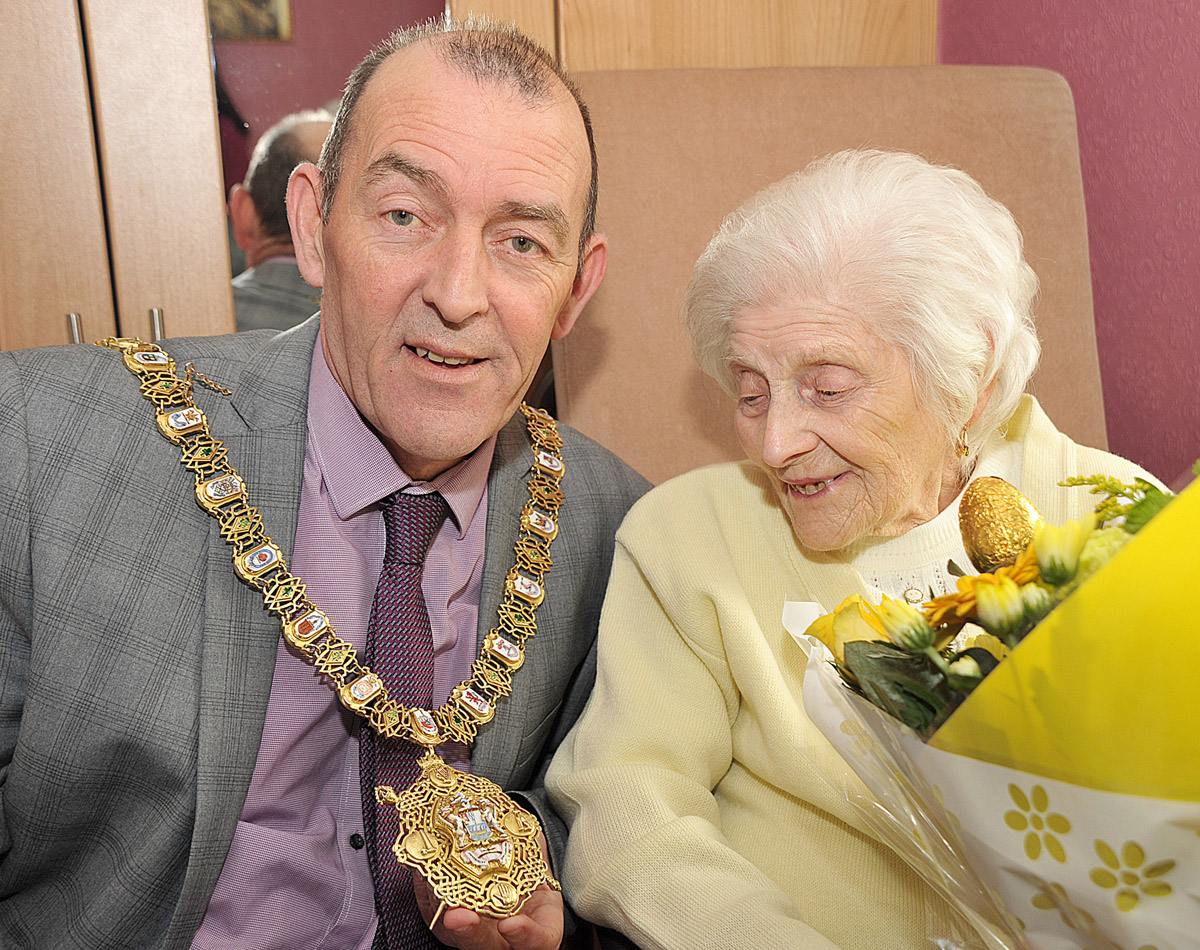 BEFORE the newly appointed Lord Mayor of Belfast oversaw the first meeting of the new ‘super council’ last night Sinn Féin’s Arder Carson had his most important meeting – with his mum.

Speaking at her Cavanmore Gardens home, 89-year-old Alice Carson said she and her family were “extremely proud” of the Black Mountain ward councillor and said she and the rest of were delighted to be in attendance in the chamber gallery for Cllr Carson’s first time in the chair as Lord Mayor.

“I’m a very proud mother, as we all are as a family, that my son is the new First Citizen of Belfast,” she said.

“Arthur always has time for people and has worked hard to benefit his community so his success is well deserved. He takes on his new role with all our love, support and best wishes and we know he will be a fantastic mayor for all the people of the city.”

Belfast’s new First Citizen told the Andersonstown News that he was “looking forward to getting down to business as Mayor” over the coming months.