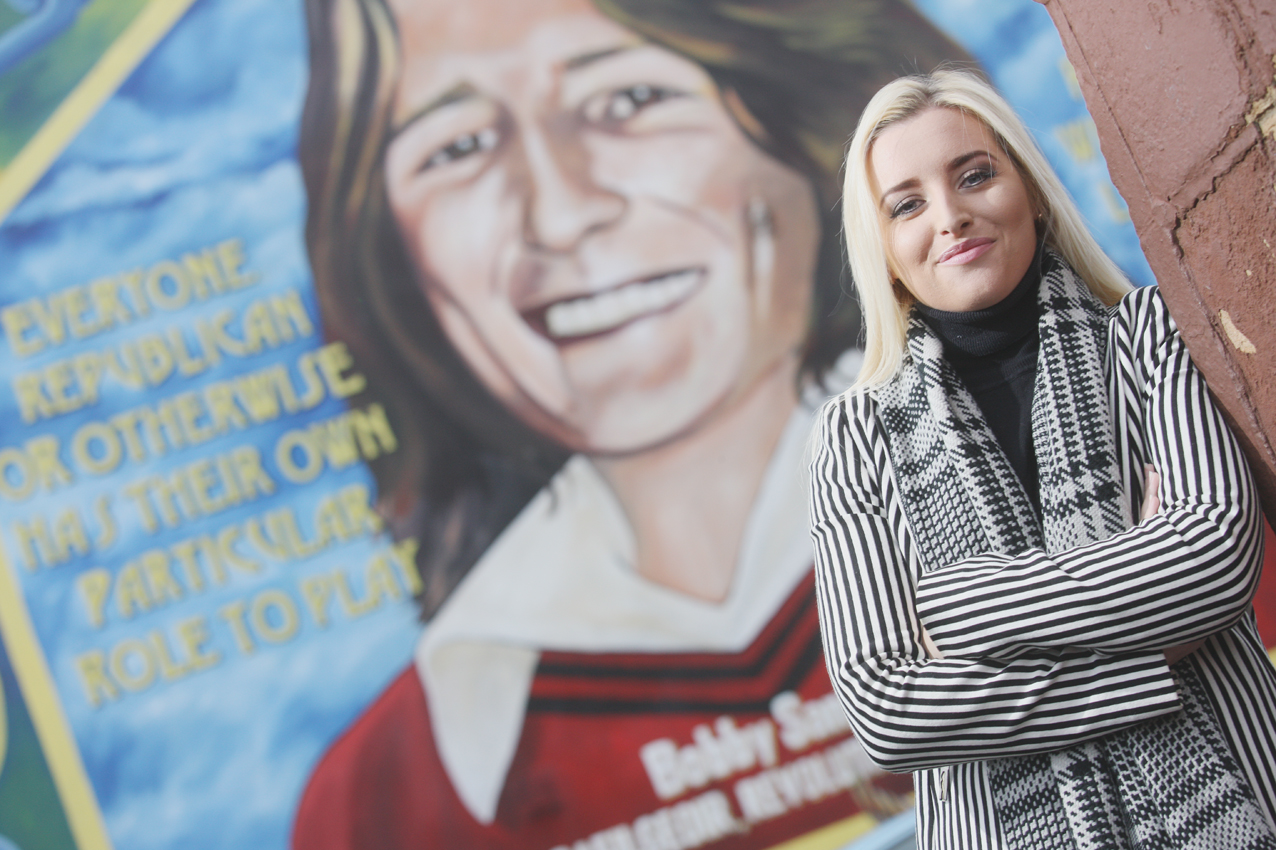 NEWLY co-opted Sinn Féin MLA Órlaithí Flynn says the needs of the people of the Colin area will be to the fore of her mind when she takes her seat in the Stormont chamber in January.

28-year-old Órlaithí, who has worked as a political advisor to three Sinn Féin MLAs, was the only candidate put forward for co-option to replace Jennifer McCann, who announced last month that she was stepping down as a West Belfast MLA to take up another post with the party working with Health Minister Michelle O’Neill.

A Sinn Féin activist since her teens and the daughter of prominent West Belfast republican Joseph ‘Jokey’ Flynn, the Ulster University and Queen’s University graduate said her passion from her early years always lay with politics.

“It’s hard from a young age to know where you want to go, what you want to do. Politics was really the only subject I didn’t mind having to read up on or do the essays for.

“I always would have been a party activist, and after finishing my Masters I made the decision to cut back on the hours I was currently working at that time in retail. I   went to the party and asked them about what work I could do in terms of constituency and started to do voluntary two and a half days a week. I also shadowed Councillor Deirdre Hargey at council level as well.

“When the chance came up for the political advisor role I went for it, never expecting to get it. Of course I was delighted to have got it and that was me up until last week.”

The former St Dominic’s pupil continued: “I would have to say that my republicanism comes from me questioning things, especially as I got older. Myself and my three siblings were always very sheltered from what was going on outside the front door in terms of the conflict. My upbringing was no different from every other young person in my generation but I’ve challenged it, questioned it and drawn my own conclusions,” she said.

“I remember gaol visits to see my uncle Noel, my granddad Flynn was interned, my aunt was interned and my uncle was on the blanket protests. I always remember we thought daddy was injured in ‘a fire the bad boys lit’ as we were told when we were young. When I got older and started reading more into the political history of Ireland I asked my daddy more. He told me he was in prison and involved in a tragedy where two civilians died and an IRA volunteer. For me, I don’t have to make those choices, the conflict is over but the struggle for Irish unity is not.”

“My primary focus when I was political advisor for Sue Ramsey, Rosie McCorley and most recently Alex Maskey was working to help, represent, listen to people in the constituency and their needs. Aside from the bigger politics happening around us it is very rewarding to help people and see positive outcome for them. I had four, almost five years based at Connolly House working on a range of issues from housing, health, benefits – it was invaluable experience,” she said.

A resident of the Colin area these past four years, Órlaithí spoke of how Sinn Féin’s delivery in the area is evident.

“There are major investment in terms of a new leisure centre on the Brooke Activity site, Colin Glen Forest Park, the investment in the Urban Village Project and the Belfast Rapid Transit (BRT) which we will see up and running next year.

“As a young woman from West Belfast I’m extremely proud and humbled to be stepping into Jennifer’s shoes – there is no doubt they are big shoes to fill. I mentioned during my speech at the selection convention in the Felons that Jennifer has been a colossus of our struggle and someone who has inspired me greatly.

“As a young female elected rep I would like to appeal to other young people, especially young women to come forward and play their part in our fight for unity. There is a new energy, a new generation of republicans out there.”