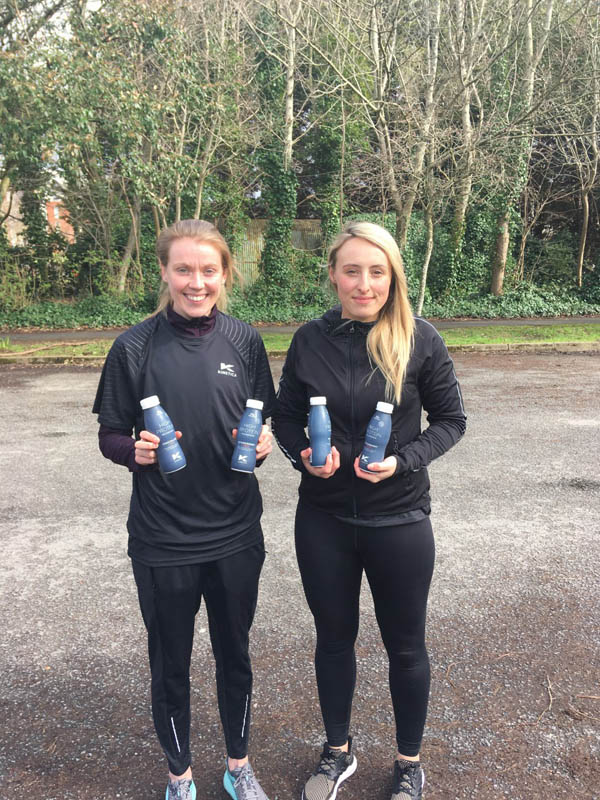 THE Belfast Irish Milers Meet in Association with Kinetica will take place on Saturday, June 20 from 1pm-5pm at the Mary Peters Track.

The event will be co-hosted by Beechmount Harriers, West Belfast Coolers and the Irish Milers Club, bringing together three huge names of the local athletics’ scene.

Eamonn Christie, Race Director of the Belfast Irish Milers Meet has announced a new partnership with Kinetica for the 2020 edition of the track meet.

Christie is not only delighted to have Kinetica on board, he believes this partnership will create a bigger platform and profile to attract more overseas athletes.

With the Belfast Irish Milers Meet being voted amongst the leading three in Ireland alongside the likes of the Morton Games and Cork City Sports, Christie believes this partnership will take things to the next level.

In addition to this new partnership, the four-time race director has remained loyal to those who supported previous editions.

Christie is keen to promote a high-quality days track racing, with competitive races, fast times and generous cash prizes for ‘A’ grade races and sponsored prizes for B and C races.

Cash prizes, bonuses and other prizes are awarded through sponsorship from businesses. Christie is thankful to the sponsors who have continued to support and help the track meet grow, and due to a strong social media innovation and commitment to compete with the best track meets throughout Europe, Eamonn has secured further race sponsorship.

“I’m absolutely delighted to have Kinetica on board for this event,” said Paul Magee from the Irish Milers.

“This partnership proves that the event is going from strength-to-strength.”

Stuart Kennedy, head coach of the Coolers added: “We are delighted that a major Irish company have come forward to sponsor this event as it becomes a major fixture on the athletics’ calendar in Belfast.”

Kinetica is one of Ireland’s leading sports nutrition brands, offering the latest innovation in sport and fitness supplements.

Established in 2009, Kinetica has since grown and is involved in supporting Irish athletes across a number of sports, with a most recent partnership announced between themselves and Dublin GAA.

With the recent re-branding of Kinetica and their strong social media campaigns, the partnership between Kinetica and the Belfast Irish Milers Meet looks set to flourish over the coming years.

“The meet attracted Kinetica Sports as a brand due to its authenticity and the involvement of up-and-coming global athletes.

“As an Irish brand, we are always keen to support homegrown events and talent. We are very much looking forward to the summer and the chance to see some of the stars in action.”