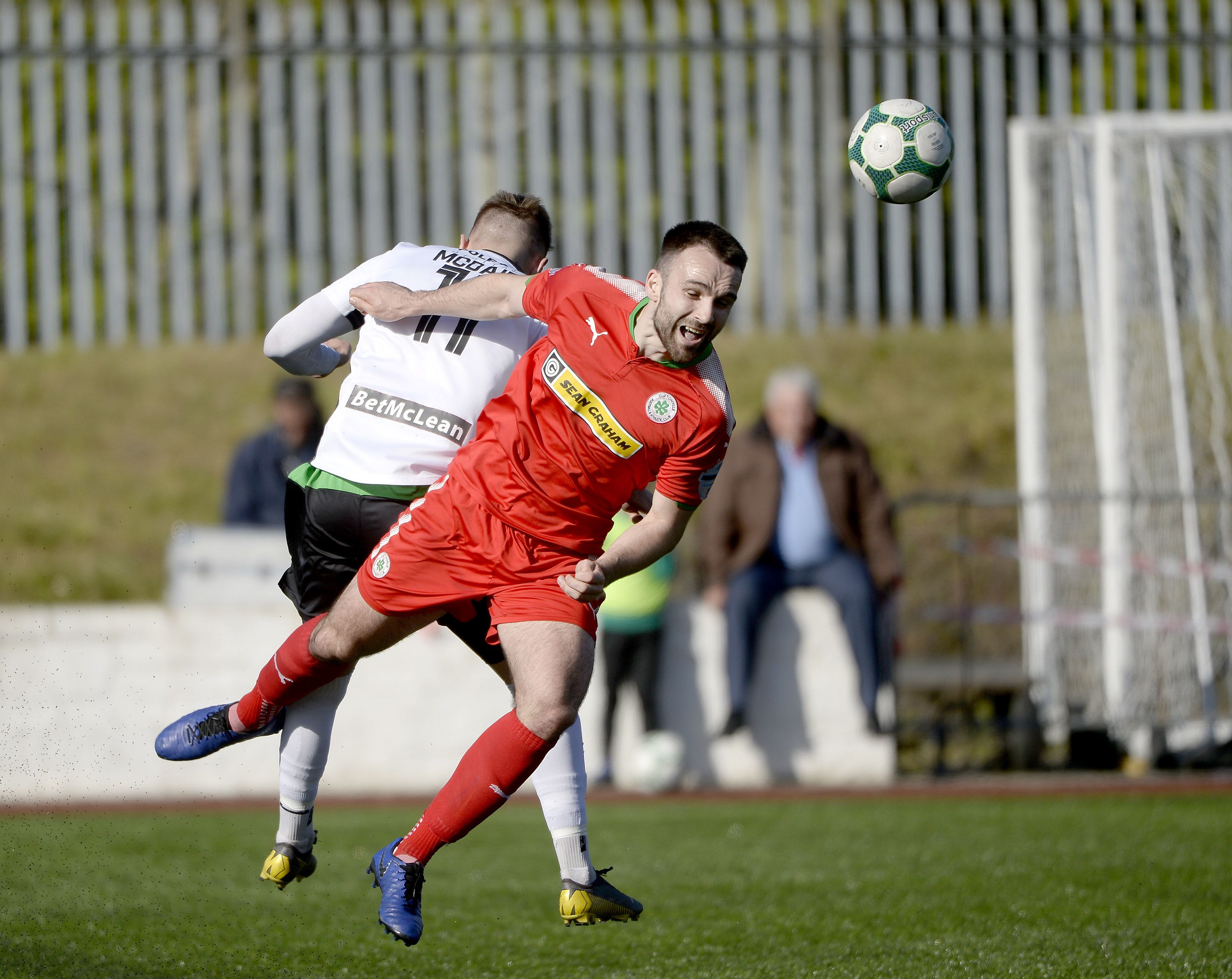 CLIFTONVILLE boss Paddy McLaughlin believes that Glentoran will come into tonight’s encounter disappointed by their failure to pick up three points against Coleraine last time out.

The Glens make the trip to Solitude (7.45pm kick-off) looking for a first win in three after back-to-back draws with the Bannsiders.

Four points and two league positions separate the sides ahead of the third head-to-head clash this season and McLaughlin is hoping his side will be able to keep tight reins on brothers Rory and Jay Donnelly – both former Cliftonville players.

“They’re a team full of quality, they’ve had huge investment and huge financial backing - it shows with the squad that they’ve assembled. It’s a fantastic squad of players and a lot of top players in there.

“You’ve got Rory and Jay (Donnelly), ex-Cliftonville men who we were disappointed to lose to Glentoran because they are Cliftonville at heart really. That’s the quality that they have and it’s up to us to try and shackle them the best we can and try and go win the match.”

Jamie Harney is a doubt for tonight’s game after picking up a back injury during the pre-game warm-up in Saturday evening’s clash with Portadown.

McLaughlin is hoping to have his centre-half available, but admits the early signs suggest Harney may miss a few weeks.

“We’ll be hoping that he’ll be available, but it looks like it is going to be another injury that we’re going to have to add to list that we already have,” McLaughlin admits.

“It’s disappointing to lose such a big player for us and such a leader, but it is looking unlikely that he’ll be fit for the next couple of games.

“Harney is a tough boy, you know whenever he tells you he’s hurt that he is definitely hurt and he is not milking it or avoiding playing a game because, there is one thing about him, he’s one of the toughest players you will play against.
“When he tells you he’s hurt you know he is so, unfortunately, it looks like we might lose Harney for a couple of games.”

Ryan Curran’s double in Saturday evenings win took his tally to 15 league goals for the season and 16 in all competitions which has delighted McLaughlin - who believes more is yet to come.

“Ryan Curran has been brilliant for us,” he said.

“Michael (McCrudden) has went up top alongside him in the last couple of games and the two of them have linked up really well. He has chopped and changed his partner, he started with Joe and he’s played with Paul O’Neill and playing with Michael at the minute.

“He’s chopped and changed his strike partner but his performances never change, he has been top drawer throughout and you can’t give him enough credit. He’s one of the leading marksmen in the division, I think he is having one of his best seasons in terms of a goal-scoring return and there is still seven matches to play - that’s not including the cup.

“He’s been phenomenal for us this year and long may it continue. When Joe (Gormley) got injured, it was a massive loss for the club and the team, taking away the goal threat that Joe carries.

“Curran has taken on the mantle this year brilliantly, we’ve got to give him all the credit in the world. If our strikers keep creating chances and keep taking them and we keep winning matches- the longer it stays like that the better.”

McLaughlin firmly believes that his side have deserved their shot at European football, with the worst-case scenario being that they join the play-offs at the beginning of June.
However, the Reds still possess an outside chance of securing second place and automatic qualification as well as the Irish Cup route and McLaughlin is aiming for such success.

“It’s a tough league and we’ve said it all along from the start of the season,” McLaughlin insists.

“There are four or five teams who are full-time so it is important that we stay in touch with those leading clubs and the leading pack. The top-six finish guarantees us a shot at the European play-off - that was what was important at the start of the season.

“There are so many full-time clubs and it is always going to be difficult for the part-time sides to stay in touch with them, but we’ve done that this year and we fully deserve our shot at European football next season.

“The aim was always to get into the European play-offs and at the very least a top-six finish. We’ve done that so it’s up to us to see how well we can finish the season off and how high up the division we can.

“Anybody that’s finished in the top-six have had to do really well with the full-time clubs. “We’ve done that up to now, but that’s not where we are going to leave it.

“We want to finish as high up as we can and take each game as it comes, we want to see how many points we can accumulate and see where it takes us. We’re not setting any targets now, but if we keep playing like we’re playing at the minute and keep scoring the goals that we’re scoring, you never know where it could take us?”

In tonight's other games, Glenavon will be hoping to bounce back from Friday night's 6-1 defeat to Crusaders when they travel to Warrenpoint Town while Portadown host Larne  at Shamrock Park. Both game kick-off at 7.45pm.