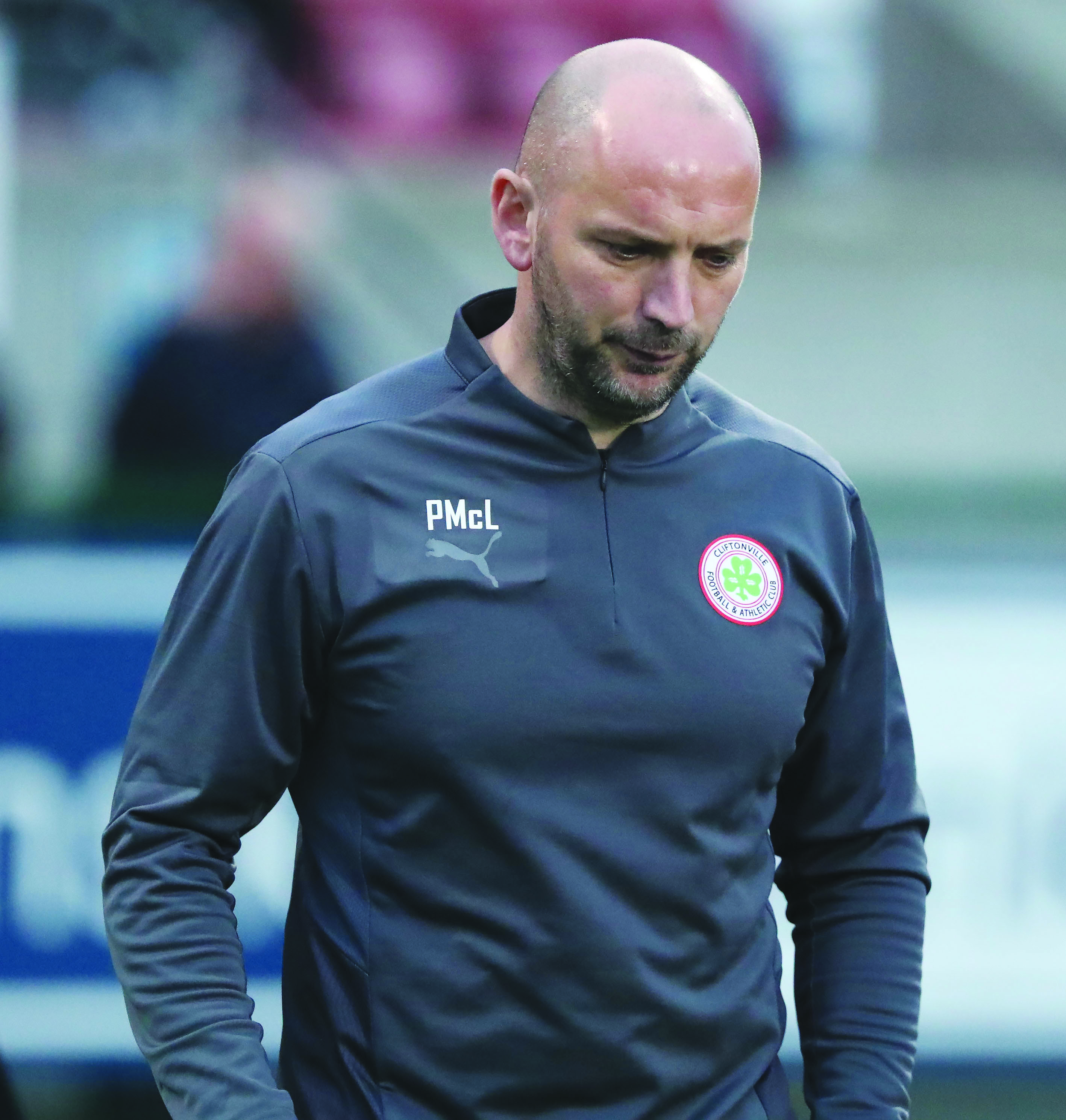 CLIFTONVILLE manager Paddy McLaughlin is embracing his side’s run of big games as they face a top of the table clash with Coleraine at the weekend.

The Reds make the trip to the North-Coast in a first versus second clash at the Coleraine Showgrounds on Saturday afternoon (3pm kick-off) looking to bounce back from defeat at Windsor Park.

McLaughlin is pleased to be involved in the big clashes and stressed that it is down to the hard work that the players have put in since the start of the season.

“That’s why we’re in the game, to play in these big games and challenge at the top end of the division,” said the Cliftonville manager after Saturday’s loss.

“You don’t want to be another team and just making up the numbers and no games really mean anything to yourselves or the supporters.

“The bigger the game the better the team has been doing. It was a big game today and it will be another big one on Saturday and that’s because of the hard work and the quality that the players are showing and that’s why it becomes a top of the table clash, because they’ve worked so hard to get there.

“We look forward to it and we’ll embrace the challenge. It’s a tough place to go - Coleraine are a really good side at home. Their record is really strong at home and it’s important that we go there focused on trying to break that.

“They’ve got a really good goals against record, they’ve got goals in them, but we’ve got to go there with the mindset that we’ll be the team that breaks that.”

🗺️ REDS ON THE ROAD

Tickets for the final two games of Cliftonville's mammoth run of away days remain available online.

The Reds boss was keen to pay tribute to the supporters for the backing during Saturday’s defeat to Linfield and is adamant that things aren’t all doom and gloom in the aftermath of the loss to the champions.

“They were class again,” he said.

“They came here in their numbers and there would have been more of them if they had have gave them tickets - you can’t thank them enough for their backing this year. They’ve been superb and they’ve played a huge part in what we’re doing and especially at home. You see our home record whenever they’re out in force and they were out in force today.

“That adds to the disappointment because when they come out and back us as well as they have today, you want to go on and give them the result and let them go home happy. Hopefully they’re not too disappointed and they’ll understand how tough it is to come here and understand how hard the players worked throughout the match.

“On another day, with a bit of luck or that wee bit of quality in the final third, we could have come away easily with a point.

“It’s not all doom and gloom; we’re disappointed that we were beat, which is a good thing, because we don’t like getting beat. But we go again next week and it’s another tough one coming up against Coleraine.”

McLaughlin is expecting the full-time clubs in the league to push on towards the top in the coming weeks ahead but is delighted to be in the mix along with weekend opponents Coleraine at this moment in time.

“I wish we had it (full-time) and I’m sure Oran would say the same,” acknowledges McLaughlin.

“You make the best of what you have and fair play to Oran - he’s done a brilliant job up there for a number of years. He’s proven his worth over the last four or five seasons with having Coleraine up at the top end challenging year in and year out.

“It’s good that we’re in that mix as well too, but it is only November, there is a lot of football to be played. We would expect the full-time thing to kick in and show it’s benefits over time but sometimes football can surprise you and the underdog can always come out on top as well too.

“You never know what could happen over the course of the season, but we’re delighted in the position that we’re in.

“Again, the backing of a brilliant support, the quality of the players and desire for the club and for the fans has been phenomenal. It’s up to us to maintain that for as long as we can.” 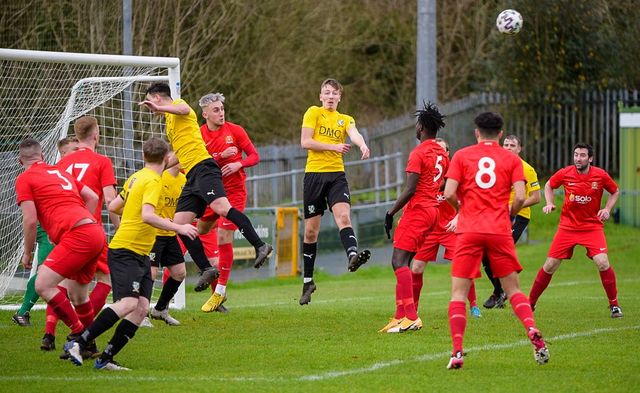 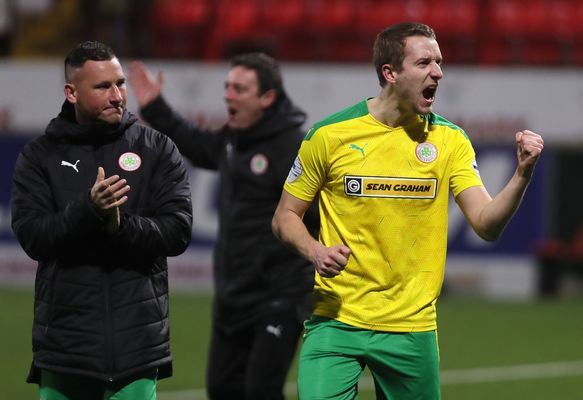