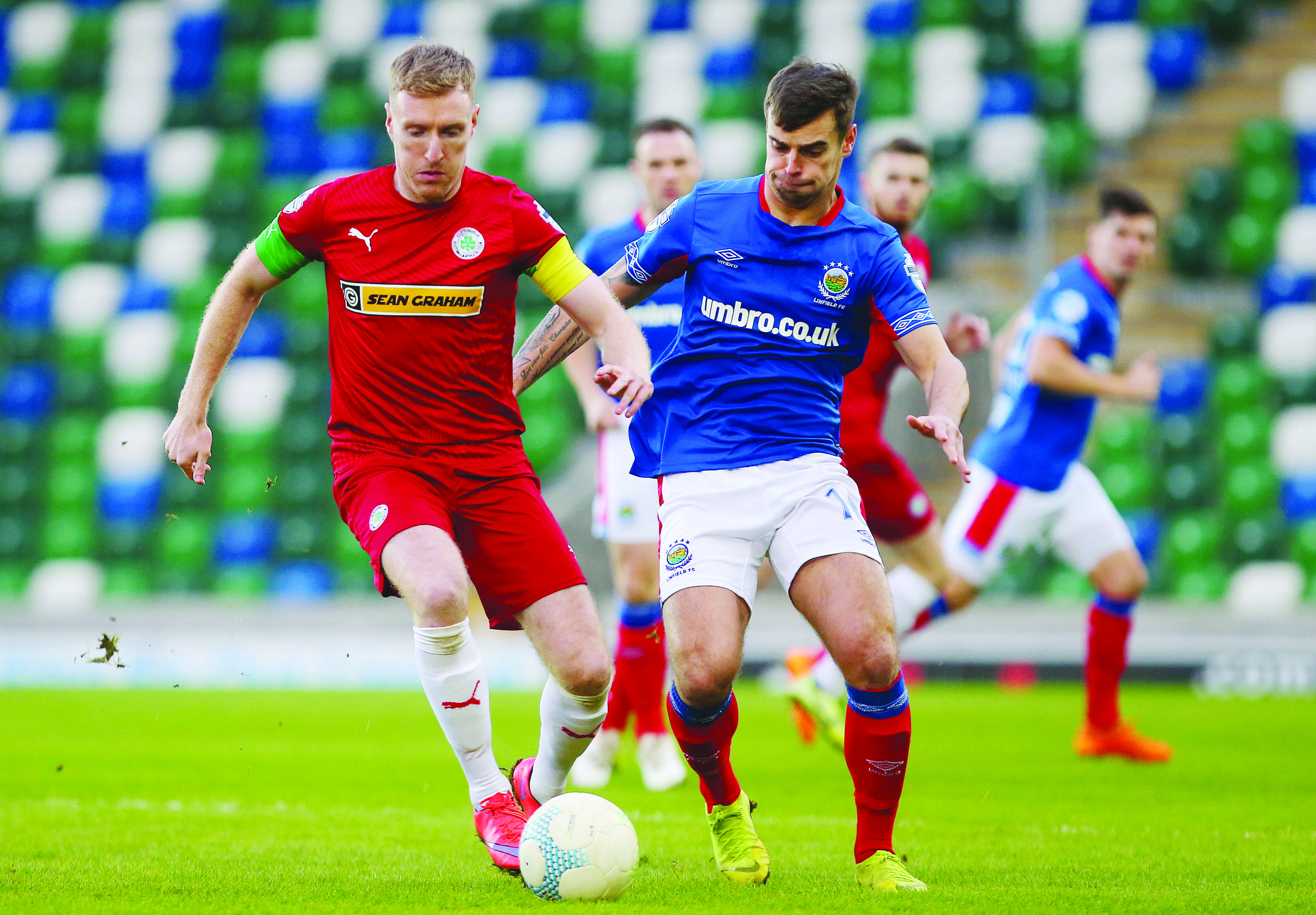 CLIFTONVILLE boss Paddy McLaughlin has praised the job that counterpart Oran Kearney has done with Coleraine over his two managerial spells ahead of a meeting with the Bannsiders on Saturday (3pm kick-off).

Title-chasing Coleraine are on the coattails of Linfield and travel to Solitude looking to extend their winning run to seven games and their unbeaten run to 18 - a run that started with a December victory against the Reds.

McLaughlin believes that Coleraine are in the title race on merit and has called for his side be organised and play with a high intensity.

🎥 Supporters are alerted to live streaming details for Saturday's match.

“Oran has done an unbelievable job in his two spells at Coleraine,” McLaughlin acknowledges.

“Any side that he has are hard to beat and they’re really good footballing side. We know it is going to be a tough game and we know they’re up there on merit.

“They know their style of play and they know how to win and grind teams down. They are a really difficult opponent and they’re chasing Linfield down for a good reason, because they are a good side themselves.

Cliftonville come into the game off the back of a 0-0 draw at Larne last weekend, in a game which McLaughlin believes that both sides cancelled each other out due to the similar style of play.

“We’d a few chances ourselves in the last 10 minutes,” he reflected.

“Both sides are good footballing teams. Larne are excellent on the ball and they’re good to watch. You enjoy playing against them because you know it’s going to be a football game.

“Both sides have a similar kind of style so there was never going to be much in it and it proved to be the case. It always is in these games, it’s always either 0-0 or 1-0 and there are never too many goals in these games because the two sides fully respect each other and understand how strong and how good each other are. That’s what happens when you cancel each other out there’s not much between the two sides.”

👏 Cliftonville FC extends sincere thanks to The Understanders, who have sponsored both the Match and Matchball for Saturday's Danske Bank Premiership tie with Coleraine.

With Linfield and Coleraine both tussling to the Gibson Cup, the rest are vying for a top six finish with eight points separating third to eighth in the table and McLaughlin admits it's simply a case of trying to accumulate as many points between now and the end of the season and seeing where it will take them in the midst of a tough set of fixtures.

“We’ll try and accumulate as many points as we can, the same as everybody else and we’ll see where it takes us,” admits McLaughlin.

“We’re coming through a tough run of fixtures at the minute. We’ve got Larne, Coleraine and Glentoran - three sides who will probably consider themselves as title contenders. That’s the run of fixtures in consecutive games and we’re in for a tough couple of games.

“We’ve got one point on the board and we’ll take it and move on. It’s a tough place to come at Inver Park. We’ll welcome Coleraine to Solitude and another contender. It will be another tough game, but we’ll look forward to it.”