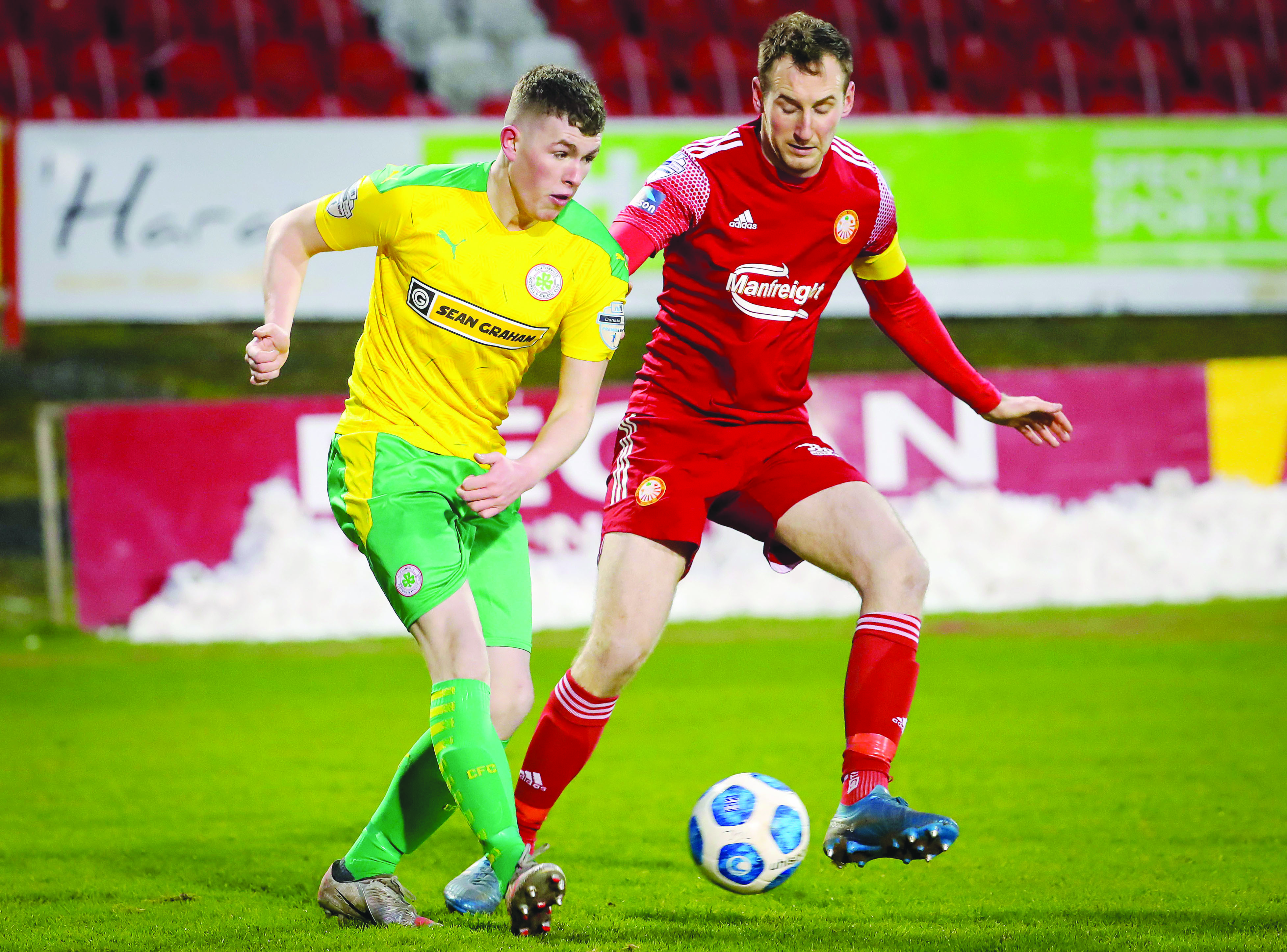 PADDY McLaughlin won’t underestimate the league position of Portadown ahead of Cliftonville’s clash in Mid-Ulster on Saturday evening.

The Reds make the trip to Shamrock Park to take on the Ports (5.30pm kick-off) looking for three points which will go a long way towards securing a top-six finish and a much-coveted spot in the end of the season European play-offs.

The Ports sit third from bottom in the table and have produced a few surprise results in the league this season with successive wins against Mid-Ulster rivals Glenavon and draws with Larne and the Reds on their last visit back in February.

McLaughlin insists that he won’t be taking the Ports lightly but believes his side is in a good place at the moment.

🎥 Supporters are reminded that Saturday's match will be live streamed on the BBC NI Sport website and iPlayer.

“We don’t underestimate anybody in this league,” McLaughlin insists.

“It’s too tight and too tough. You see surprise results and every week and that’s probably because teams underestimate their opponents.

“It will be another tough game but we’re looking forward to it. The boys are in good form at the minute, they’re scoring plenty of goals and playing really good football, so that’s all we’re concentrating on.

“If we can maintain that then we’re more than capable of beating anybody so we’re looking forward to it.”

In the aftermath of the weekend’s 2-2 with Crusaders in the North Belfast derby, McLaughlin was irked by the match officials failing to spot Daire O’Connor being taken out on the edge of the area and feels that decisions are becoming an ongoing topic in the league.

“The referee has had one big call to make it the 90 minutes,” he recalled.

“He refereed the game well, but he’s had one big call to make. Daire O’Connor is one-v-one on the edge of the 18-yard box and the defender is struggling to get back and takes him out of the game.

“He almost ‘clotheslined’ him and himself (referee), the linesman and fourth official didn’t see it. They try to apologise to us after the game when they’re told they were wrong by the assessor but it’s no good now.

“They’ve a job to do at the time and between the three of them they couldn’t make the call. They’re saying they missed it but I don’t know how they missed it.

“All eyes are on the one-v-one situation so they can’t be watching anything else other than that.

“We’re bitterly disappointed that decision didn’t go our way because if Crusaders had have been down to 10 men, we’re on the up and were 2-1 in front with a penalty or a free-kick on the edge of the box to make it 3-1 – the game is probably over.

“There are so many big calls that have went against us this year. It’s an ongoing topic now, talking about referees.

“I’m sure there will be other managers disappointed and it’s something we have to address and deal with because it has to improve.

“It’s in the defining moments of games and it’s costing points and when it costs you points it costs you places and European football next year. I’m bitterly disappointed that the one big call went against us.”

McLaughlin did take positives from his side’s impressive second-half showing at Seaview and is adamant that they will learn from their late set-back.

“In the second-half we were superb,” felt McLaughlin.

“Going forward, any time we broke, any time we played and got at them we looked like we could score. It was brilliant to see because that’s what we’re about: playing on the front foot.

“In the first-half hour we broke a few times and should have made more of the chances that we created; in the second-half we should have put the game to bed.

“The performance of the boys was fantastic, we’re just disappointed that the big call went against us.

“We had chances to extend the lead to 3-1 and we didn’t and then we were sucker punched late-on in the game. We’ll live, learn and get on with it.”

Following on from Saturday’s clash the Reds will entertain Glentoran at Solitude on Tuesday evening (7.45pm kick-off) in the rearranged encounter from the end of March.