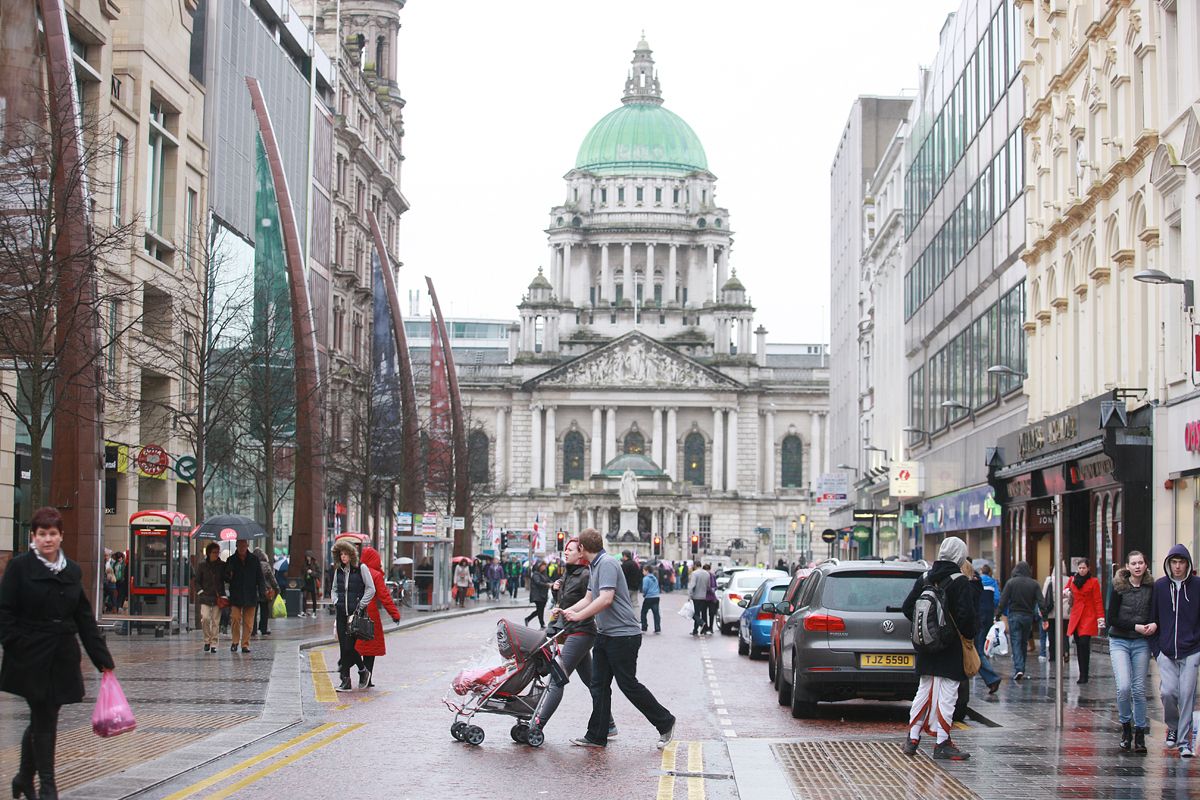 DATA: Census figures have revealed that Catholics now outnumber Protestants in the North

STATISTICS from the 2021 Census which have been released today show that the percentage of the population brought up as Catholic has overtaken Protestant for the first time.

And the number of people identifying as 'British-only' has plummeted by 8 per cent in the ten years since the last census.

Combining current religion and religion of upbringing gives 45.7 per cent of the population as ‘Catholic’, 43.5 per cent as ‘Protestant, Other Christian or Christian related’, and 1.5 per cent who were from other non-Christian religions.

The 2011 census found that 45.1% of the population were Catholic or brought up Catholic. It found 48.4% were from a Protestant or other Christian background.

The number of people holding a British passport currently sits at one million, down from 1.7 million in 2011.

The data showed that the current population of the North sits around 1.903 million which is an increase of five per cent on the 2011 census and the largest population ever recorded in the North of Ireland.

The number of males in the North outnumber females until the age of 25, where the number of females subsequently outnumber their male counterparts.

Reacting to the census figures Sinn Féin MP for North Belfast John Finucane said the results indicate that 'historic change is happening’ and said preparations and dialogue on building a better future should begin now.

“Today‘s census results are another clear indication that historic change is happening across this island and of the diversity of society which enriches us all," he said.

“There is no doubt change is underway and irreversible. How that change is shaped moving forward requires maturity to take the challenges which face our society.

Catholics now outnumber Protestants in Northern Ireland, a country whose boundaries were drawn in 1921 to ensure a hefty Protestant majority - but both are now minorities. Results (including 'religion brought up in') of last year's census: NI is 45.7% Catholic, 43.5% Protestant.

“We can all be part of shaping a better future; a new constitutional future and a new Ireland.

“But we must prepare for it. The Irish government should establish a Citizens’ Assembly to plan for the possibility of a Unity referendum.

“A period of planning is critical. That planning, and dialogue, and engagement needs to happen now and it must include people from all backgrounds and communities.

“The partition of Ireland has been a failure. We can build a better future together, for every person who lives on this island.”

These views were echoed by SDLP leader Colum Eastwood.

“This is a seminal moment in the history of modern Ireland," he said. "The census figures published today reveal that, by any measure, the constitution of the North has been transformed utterly 100 years on from partition. That is a moment of true change because it reflects a sustained period of lasting change.

“The significance of this transformation should not be downplayed or diminished out of fear or insincere politicking. I acknowledge that today’s figures may generate feelings of insecurity for some. But it is my honest hope that we can all now take a moment of serious and sincere reflection about the scale of change we have experienced and commit to a conversation about the powerful potential for change in the future."

NISRA have launched a new online app which breaks down the statistics by council area with more localised geographical data set to be released in the coming months.

Other figures which detail information such as sexual orientation will be released by 24 March 2023.