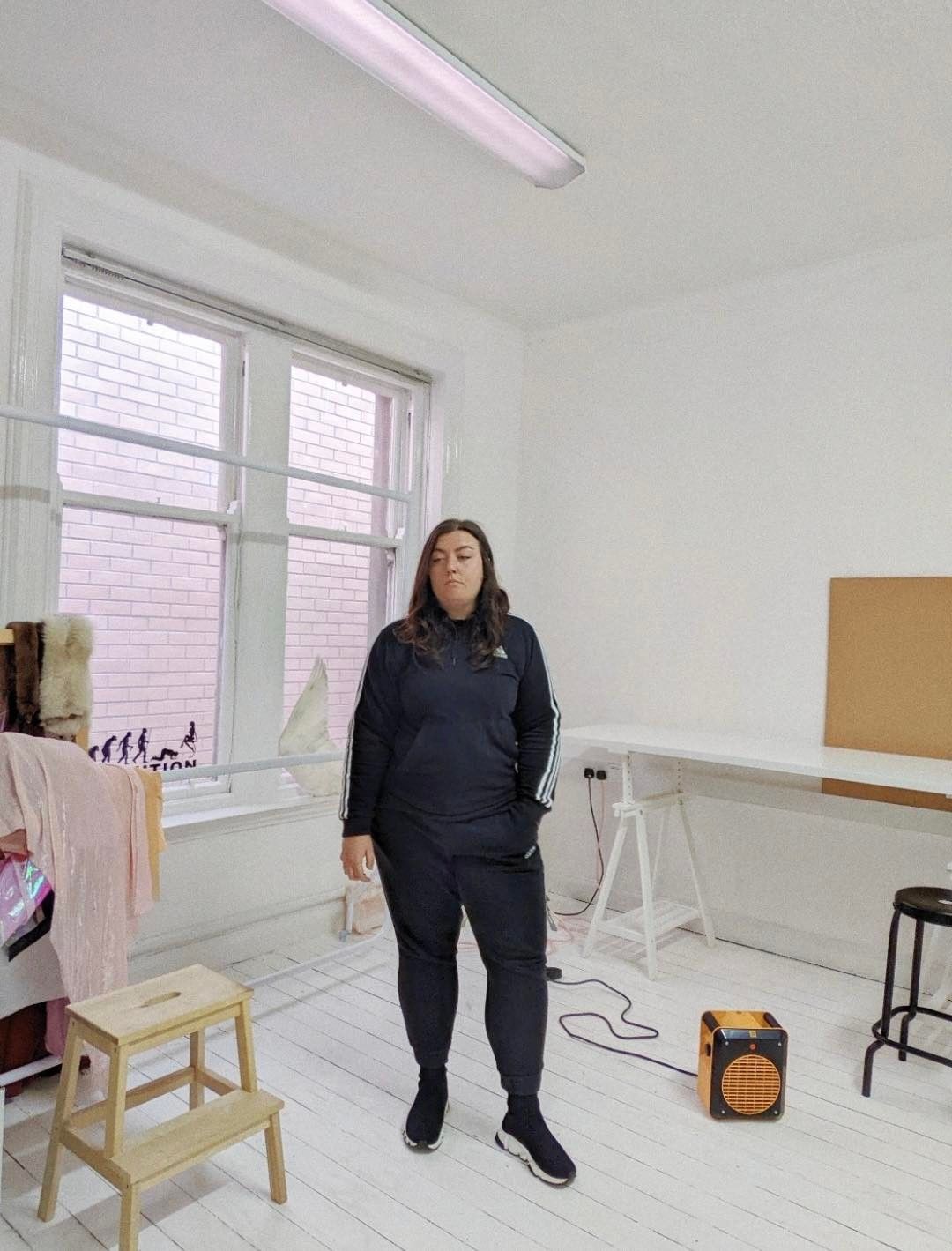 DEVASTATED: Jennifer Mehigan in the studio that was destroyed in the fire

A LOCAL artist fears she has lost "everything" after a devastating fire in the Cathedral Quarter on Monday morning.

Jennifer Mehigan has an art studio/office in the Old Cathedral Buildings in the Church Street area.

In the early hours of Monday, more than 50 firefighters tackled the blaze, which was reported shortly after 5.30am.

Speaking to North Belfast News, Jennifer said: "I am an artist and a PHD researcher at the university.

We can confirm that the fire at a commercial premises on Donegal Street, Belfast has now been dealt with. The cause of the fire is being treated as deliberate and the PSNI are investigating pic.twitter.com/0zWM6VhXNE

"I have a room in the building which is my art studio and my office outside of the university. I have been there for just under a year.

"The fire started on the roof and my office is just under it. I have been told it will be all ash.

"When I left, the structural engineers were being called to assess the building. I have work in there from I was young.

"I know that over 15 years of my drawings, paintings, research, sketchbooks, photos, negatives and everything I've collected in those years in little IKEA document boxes are gone. I was up on one of the top floors at the back.

"It is devastating. I kept my most precious stuff in my studio once I moved into this building because it was the first nice, safe studio space I've had with plumbing, toilets, electric bills, and where I paid rates for the first time.

"I have been scared to keep things at home since my family's house had a fire in 2019, and I figured somewhere that had actual safety protocols.

"I have nowhere to work, and all the stuff I valued the most in the world is gone."

An 18-year-old man has been charged with arson with intent to endanger life, burglary and possession of a Class B controlled drug.

He is due to appear before Belfast Magistrates' Court later on Tuesday.