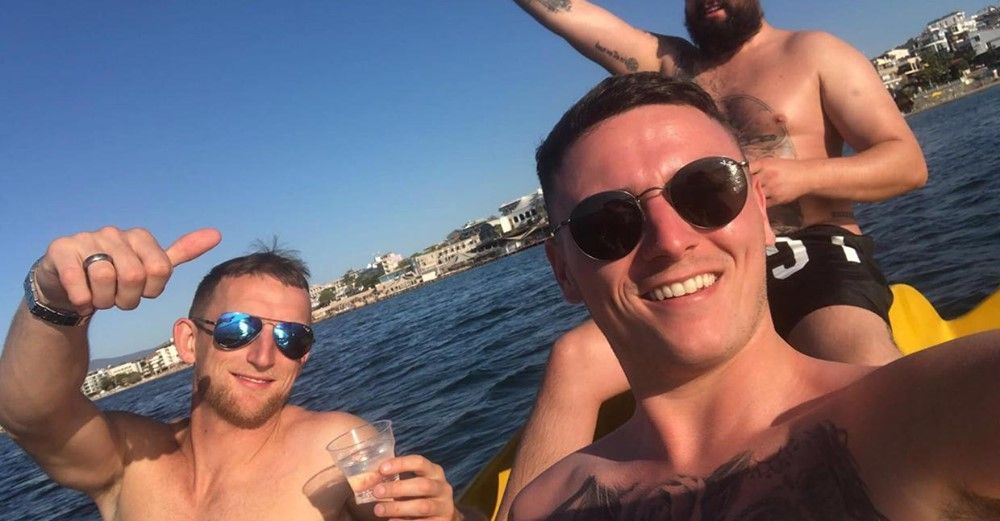 Aaron Callaghan, a survivor of the tragic weekend incident in Turkey which claimed the life of his friend Richie Molloy, has posted on Facebook for the first time.

"Thank you folks for all the well wishes and messages, too many to get back to individually but it means the world," he wrote. "Thankfully me and Declan (Carson) are safe and back up on our feet but thoughts and prayers are with the Molloy family on the tragic passing of big Richie."

Thank you folks for all the well wishes and messages, too many to get back to individually but it’s means the world....

It is not clear what caused the death of Richie Molloy (33) who had travelled to the port city of Marmaris for dental work. There are reports in the Turkish press of two men being arrested in connection with the incident.

The families of all three men had travelled to the Turkish resort. The Kevin Bell Repatriation Trust is working with the family of Richie Molloy to facilitate the return of his remains.

Pictures posted on Facebook the day before the incident showed the group enjoying a swim.

North Belfast MP John Finucane and Cllr Paul McCusker have been providing support to the families during their ordeal.