OPINION - ELLY ODHIAMBO: There must be a tiny bit of Trump that is a force for good 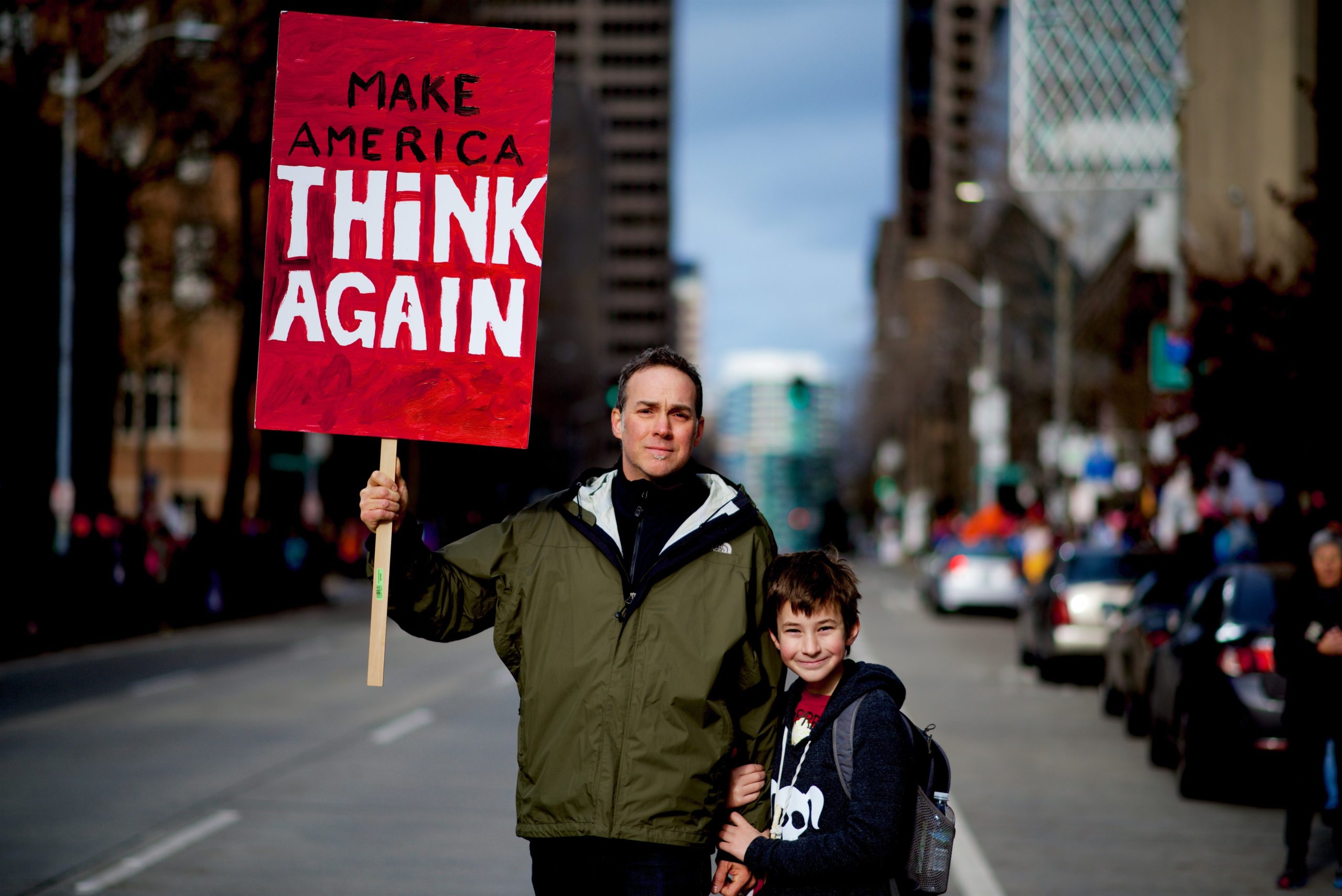 AMERICAN DREAM: Photo by Jose Moreno on Unsplash
WE had another glorious sunny week. Mother nature has a special way of making us all happy. I tuned into America again. The big man there said that the strong rays of sunlight could be a solution to the Covid problem. BBC Radio 4 and World Service radio used to feature a long serving broadcaster called Alistair Cooke.

He wrote and read Letter from America as a foreign correspondent for nearly seventy years. If you are a keen radio windbag of the twentieth century, you would have heard Cooke’s often gentle insight into the American lifestyle fused with his take on its current affairs. Some of the topics touched on the liberal agenda, others divided societies like America living in the long century of racial tensions and injustices everywhere.

Cooke’s radio listener was in for fifteen-minute weekly doses of imagination, raw facts and history, in a class-divided society, they were really aimed at his middle-class audience. Nothing wrong with that but we the working class were right behind the queue. To Cooke, even the landmark events that changed America were not too dissimilar to any daily events, at least in the way he presented them. He made every news story striking in its profoundness by making the impossible sound possible, villains were just the average next-door neighbour, he condemned in the most diplomatic terms. Was it just the voice of Cooke?

I wonder how he would have reviewed this week’s drool by the US President Donald Trump, that the next phase of ending the pandemic is to kill it by exposing patients to “ultraviolet or just very powerful light”. The vacuum Cooke left was huge, a man with his consummate grasp of issues should be giving us a retrospective view on Trump. He would have some silky words for the difficult American president. There must be a tiny bit of Trump that is a force for good. We shall all see one day, fingers tightly crossed.

When you hear an accent similar to yours, there is an identity thing that you cannot run away from. The heritage in our accents is something magical, there are over three thousand accents and even more dialects in Africa. Ireland is a land of a million accents in a small space. On top of that, the whole country has linguistically transformed.

Even if the population of foreigners here is not that big, the new languages of first-generation communities from Africa is worth a story or two. There are two thousand languages or thereabouts in Africa. Some time back, here in Belfast, I had a funny encounter with a fellow African colleague. The accent is growing thicker and thicker and friendlier, pointing towards Nigeria. “I am Zimbabwean.” Why are you lying? Zimbabweans don’t speak like that. I know this. She knows it too. If she is not Nigerian, she must be from a neighbouring country somewhere in West Africa, near to Nigeria. She denies it. Why?

I don’t know. For many people out there, identity is personal. We Africans know our accents very well. It is easier for an African here in the diaspora to tell porkies to someone from this African country and not that one. Sometimes it is general banter when there is familiarity within the said encounter. Many Africans are prepared to take these things in their stride. A citizen of a country may have a reason to hide their linguistic identity while they are living abroad. It could be an innocent act. There is no amount elocution that would make our accents thoroughbred Irish or perfect English.

Anyway, the next time I met this friend of mine, she said that she was born in Sierra Leone. She had forgotten that red card lie, which falsely portrays Nigerians as people who generally lie about their motherland. It is a dead stereotype that won’t see the light of day and I am ready to protest in support of Nigerians.

Elly Omondi Odhiambo is a Kenyan writer living in Belfast. You can follow him on Twitter here.