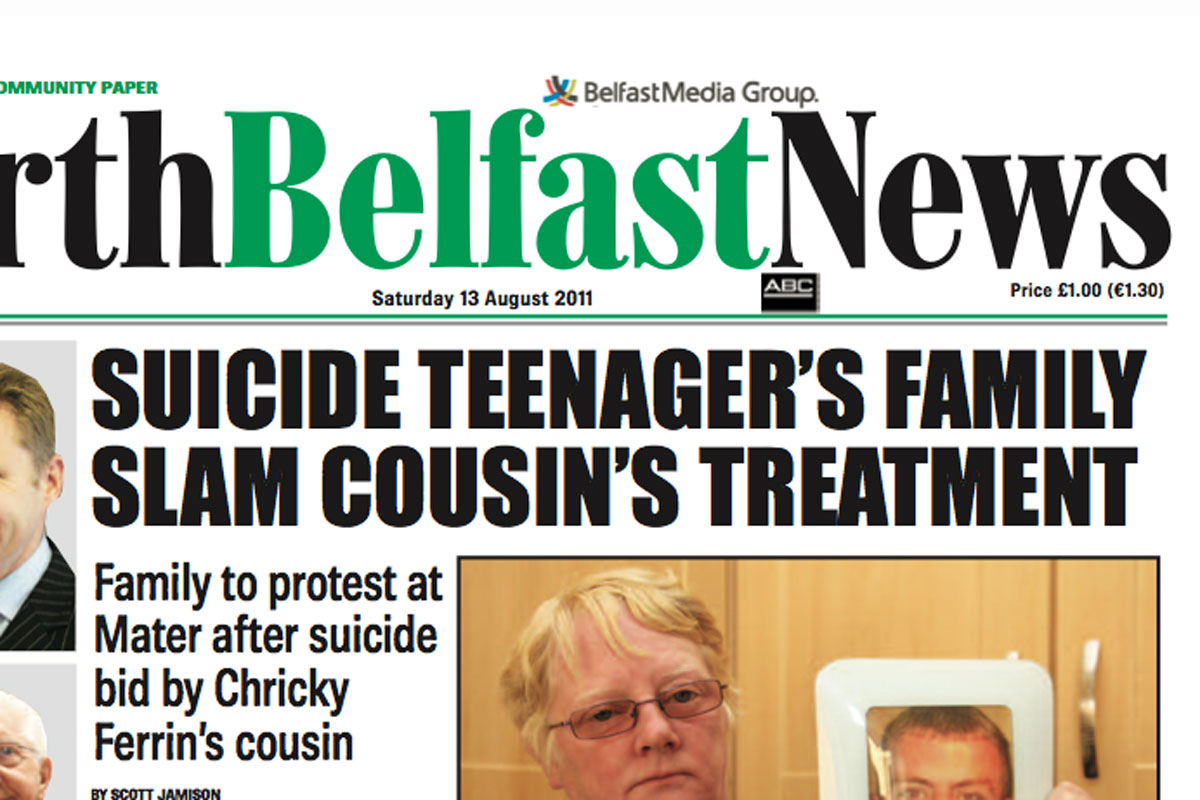 The meeting follows NBN articles in the past month recounting the stories of local families affected by suicide after visits to the Crumlin Road hospital.

In recent weeks we have spoken to people like Kate Ferrin, who lost her son Christopher ‘Cricky’ Scott-Ferrin to suicide in August 2010, five days after he spent eight hours in the Mater’s accident and emergency unit. Almost a year to the day later, his cousin Kieran Ferrin faced the same treatment at the hospital, only being seen by an on-call doctor despite being there five hours.

After the latter incident, Kate joined with Emma Clinton and Angela Cairns, who have also lost their sons to suicide, to campaign for better mental health provision at the hospital.

Mater Hospital Community Forum chair Brian Mullan said the meeting would focus on the issue after it was continually highlighted in the NBN.

“Our last meeting was in July and the NBN has had several articles relating to the Mater since then. Negative things are happening, which is very unfortunate.

“But it is not the fault of the Mater itself, it is the government and the support it gives the hospital. There is a need for services to support people who report there with psychiatric problem otherwise more people will take their lives.

“We are pushing to ensure something is done to provide those resources the Mater needs so that when people come in, they are seen and assisted in whatever way they need.”

Brian said the future of the A&E services in general at the Mater would also be discussed at tomorrow’s meeting.

“Months ago the likelihood was that the Mater would see its A&E cut, which we lobbied against. However, since our last meeting, it has been confirmed the City Hospital will have its service removed instead. While as a community we welcome that, there is still a Department of Health review into the future of emergency services across Belfast taking place, so there is a chance the Mater could still be affected in the future.

“We will discuss that at our meeting, as the City served 42,000 people a year who will now need somewhere to go and that could adversely affect the services the Mater has. Just because the City is now being affected doesn’t mean our campaign will come to a close.”