Parties to meet Theresa May in London over deadlock 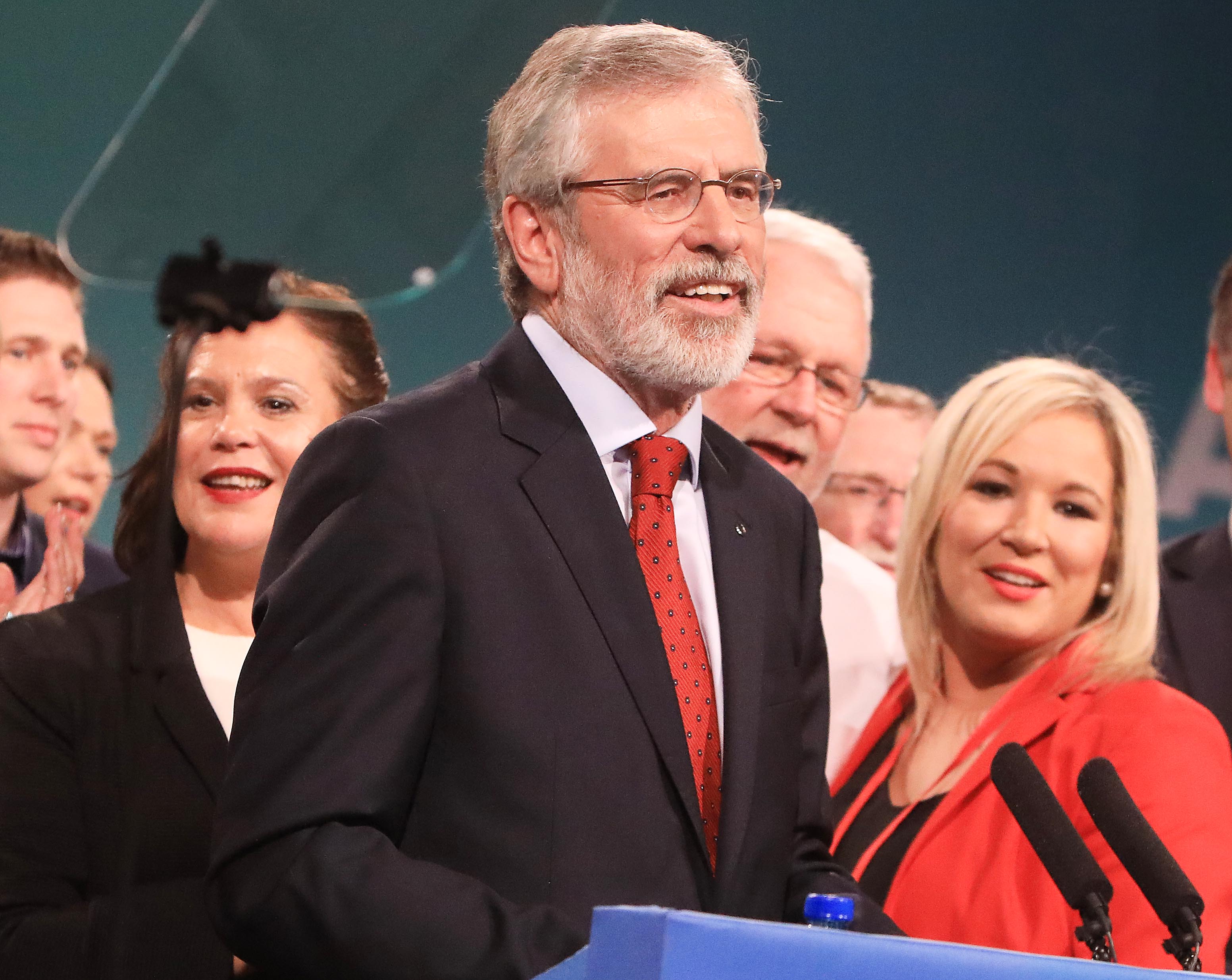 Gerry Adams will lead the Sinn Féin delegation to London

Sinn Féin and DUP delegations are in London this morning for separate talks with Prime Minister Theresa May over the political deadlock in Belfast.
Gerry Adams and Arlene Foster have both travelled to England for the talks where Sinn Féin will press the prime minister to legislate for an Irish language act and same sex marriage in the absence of a working executive.
The DUP have outlined they will demand that the north will not be treated differently following Brexit. Arlene Foster has accused Brussels of “blackmail” over their references to the north in discussions.
“Northern Ireland will exit the EU on the same terms as the rest of the United Kingdom. We will not countenance a border in the Irish Sea,” said the former first minister.
"I welcome the Prime Minister’s commitment on this point. The GB market is not only critical for Northern Ireland but for the Republic of Ireland.
"We want to see a sensible arrangement that can work for all concerned. The democratic wishes of the British people must be implemented.
"Those in Dublin and Brussels, recklessly trying to use Northern Ireland for their own objectives, should cease. The Prime Minister should warn Brussels that Northern Ireland must not be used as blackmail.”
Yesterday before travelling to London, Sinn Féin’s Martina Anderson unveiled independent legal advice they had received on the possibility of the north obtaining special status.
"At Stormont this morning I launched independent legal advice on Brexit, commissioned by GUE/NGL, and written by Doughty Street Chambers.
"I was joined at the launch by the solicitors who wrote the legal opinion which found that there is no legal barrier to securing special status for the north within the EU.
"MEPs and Brexit negotiators from across Europe get that and recognise the need for the north to secure special status within the EU in order to protect the Good Friday Agreement and citizens rights.
"If there is a political will, securing special status for the north within the EU is possible.
"What we now need to see is the Irish government stepping up to the plate, defending Irish interests and working for special status.
"We have a small window of opportunity to make our case and that requires action from everyone interested in defending and promoting the rights of Ireland and its citizens."