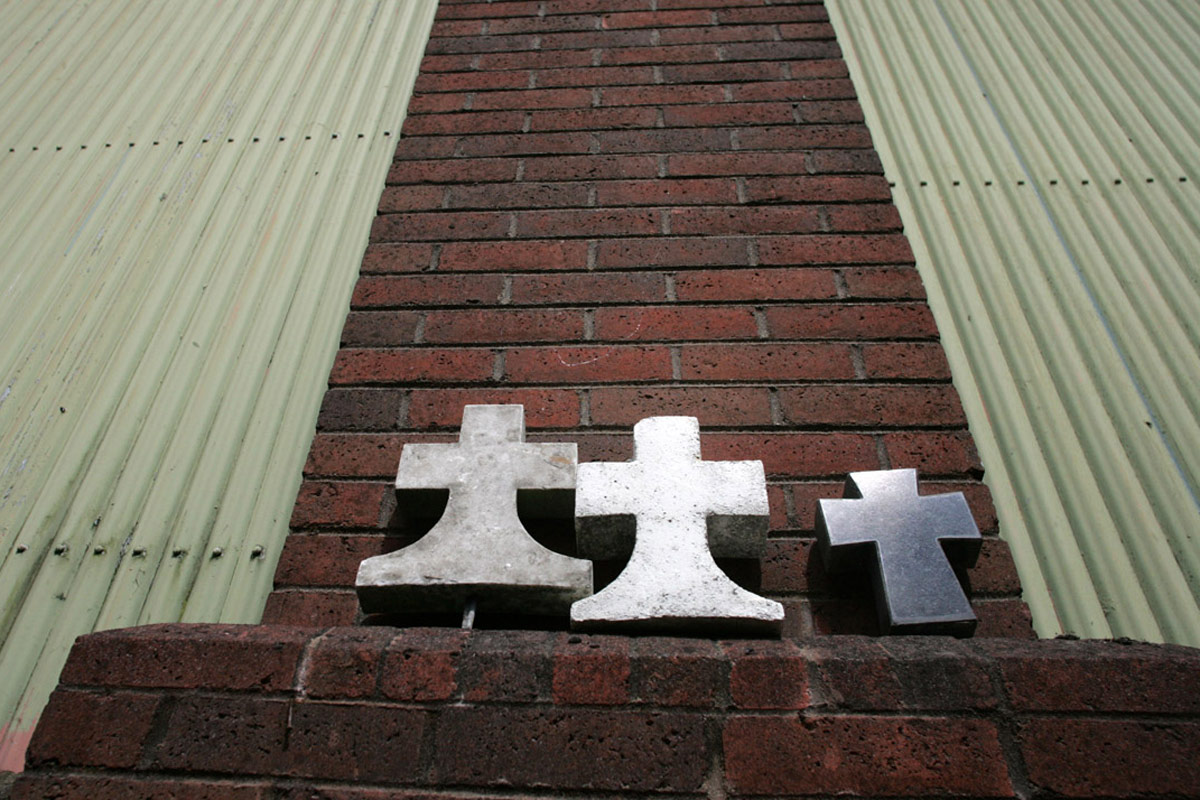 Residents in divided communities separated by peace walls should be consulted with first and foremost if they are to be removed, a North Belfast community group has said.

Earlier this month, Belfast City Council agreed a strategy, backed by all parties, to aim to remove all 42 walls across the city by the end of this decade. But board members at Intercomm, an Antrim Road-based group that aims to tackle local social and economic problems, say that rather than a political basis, any movement needs community support.

Chairperson Brendan Mackin said the mentality of many people, after having lived beside the peace walls for several generations, would need to be tackled.

“Making a statement that the walls need to come down is all very well but what is also required is a benefit for the local communities if they do, on a social and economic level.

“It is probably the right thing for the council to develop a policy on the peace walls and the sensible thing is to make an attempt to facilitate their removal. But the crunch is who is going to be worked with in order to remove them. There has to be a community engagement process that will gain the confidence of people enough so they feel happy to take that step.”

The walls were built as a ‘temporary’ measure at the outbreak of the Troubles in 1969 to separate the two communities. However, as violence worsened, most remained. Infamously, Alexandra Park in North Belfast even has a wall that splits the park in two, creating ‘Protestant trees and Catholic trees,’ as the saying goes.

“The peace walls can only be removed when we create the good relations necessary to allow them to be taken down safely and we can play a pivotal role in creating these good relations,” the former mayor of Belfast said.

John Loughran, project manager at Intercomm, said the right preparations would need to be made long before any of the barriers came down in North Belfast.

“Undoubtedly there’s a need for a solution in this community in order for us to move forward but we also need to look at how any kind of transition is underpinned. This is bigger than just the community – it takes in politicians and all sorts of statutory agencies to name but a few.

“We are in the process of developing a document called the 2028 Peace Plan, which would look at the type of society we want to live in by that year but also what needs to happen to get us there.

“However, just because this has been brought up now does not mean the walls are going to come down tomorrow. The key is local accommodation and the consent of the community, because at the end of the day they are the most important people.”

John said “it was no accident” that the peace lines were constructed where they where.

“Those places are the areas of North Belfast that have experienced the most hardship, poverty and disadvantage. We need to look at that and see if we can take away those conditions, then who’s to say we won’t end up like South Belfast, where there is less of a problem around this stuff.

“It has to move on to the point where the focus is not on the walls but the relationships that can be developed from either side of them. We can’t take them down and then be left with just sterile zones.

“We have to have economic investment that is going to underpin this co-operation. We are 13 years after the Good Friday Agreement and 17 years after the ceasefires, but there still needs to be more joined-up thinking by the government in terms of getting a peace dividend to people who live in these areas, so they would feel safer if the walls came down.

He added: “Without trying to sound too political, a lot of these walls are in people’s heads as well.

“For those who are socially upwardly mobile, there is movement across this city and island. But for others, who are inevitably the ones living beside these walls, we need to look at some sort of integrated strategy that joins together the economics, the education and the community to deliver an outcome that would allow these barriers to come down, and that is our challenge here in North Belfast.”