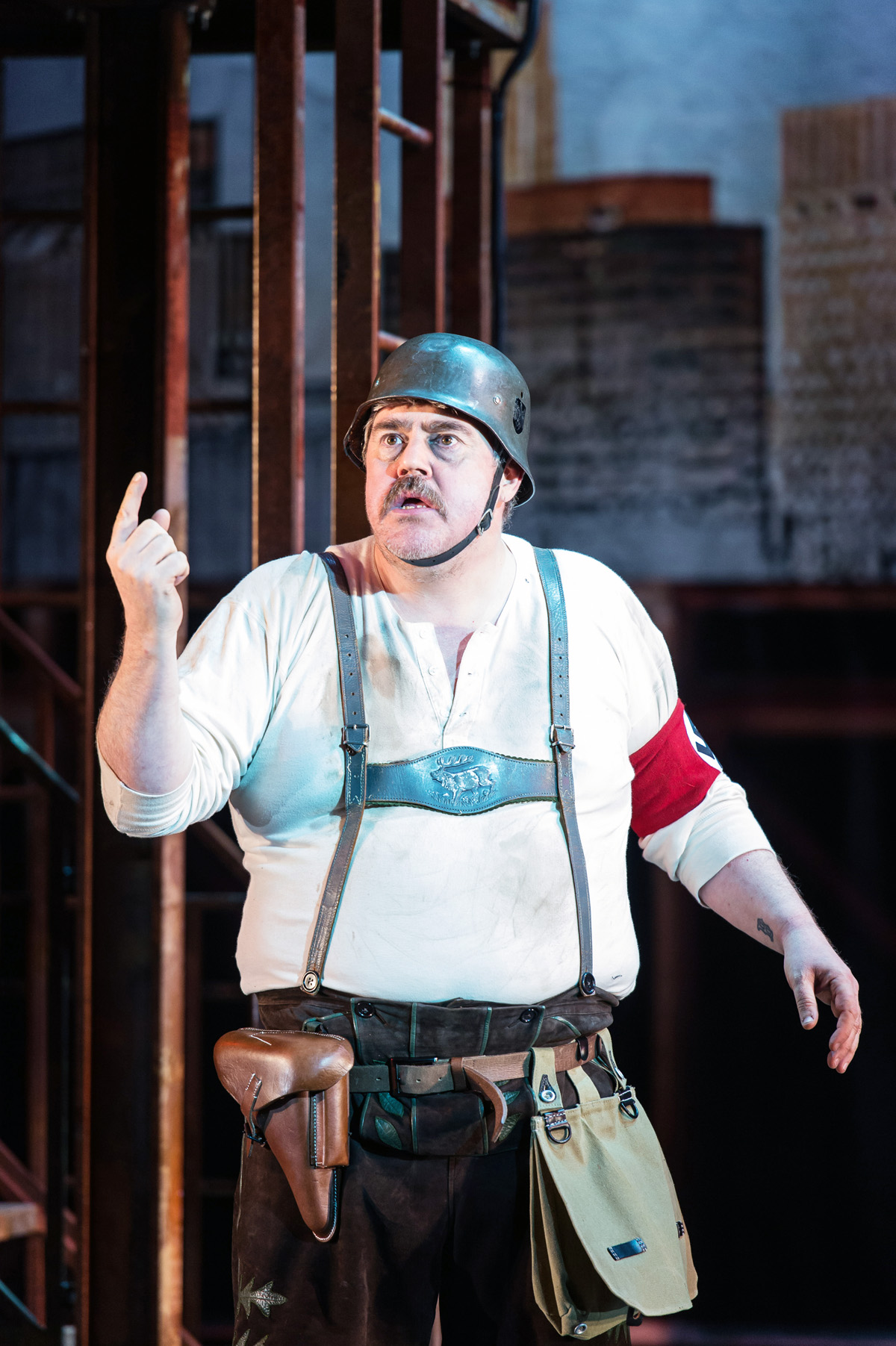 ONE of Mel Brooks’s golden comedic nuggets, The Producers, is set to goose-step into Belfast for one week only.

Based on the classic 1968 film, The Producers will set out its stall at the Grand Opera House, and as in the film the production follows the fortunes of impoverished New York producer Max Bialystock who has never had a Broadway hit.

Max and his accountant Leo Bloom scheme to get rich quick by overselling shares in a deliberate Broadway flop – the imaginatively entitled and not at all offensive ‘Springtime for Hitler;. However, comic complications arise when the show unexpectedly turns out to be successful and triumphs at the box office.

No stranger to the Belfast stand-up circuit, Phil told Daily Belfast that it was his dad’s insistence on watching the Marx Brothers as a young boy “and seeing how funny they were that made the transition to Mel Brooks easier as I got older.”

“The Producers basically tells the story of how you can make a bad musical and still make money out of it,” he said.

“The character of Max Bialystock has made many failures, pretty much consistently for the past few years. Together with Leo the two plot to make a flop, Springtime for Hitler, and the character I play, Franz Liebkind, is the playwright of the piece.

“Max sets about deliberately looking for a bad director, bad actors to stage the play, to make it as dire as possible, but what happens is the play turns out to be a smash hit. The Producers is a musical about bad luck.

“In terms of actual sympathetic characters in the play it’s a big ask of the audience as everyone is out for themselves, they are pretty vacuous characters, but the audience get onboard with it all.”

Phil said the classic movie made a big impression on him as a boy.

“I first saw the film around 1974, I was 12, maybe 13, when I first saw it. I knew nothing about that world, about Broadway. The pace was very quick, wry, it was self-deprecating Jewish humour when all the comedy I had seen up to that point was British stuff like Morecambe and Wise. That said, there were cartoons that had that element of mad sass and I knew the Marx Brothers of course because my dad used to make me watch them so I had a loose familiarity with that kind of zany pace.

“I think my dad making me watch the Marx Brothers when I was young and seeing how funny they were made Mel Brooks an easier transition for me as an older boy.”

Phil, who has already trodden the Grand Opera House boards in Monty Python’s Spamalot, added: “There are these weird and legendary venues you get to play while on tour and the Grand Opera House is certainly one of them so I’m really looking forward to a return visit to it and to Belfast.”

The Producers runs until Saturday, May 9.