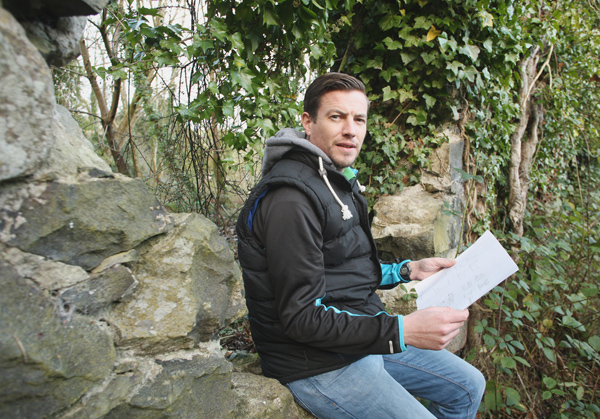 PLANS to turn a derelict corn mill in Ligoniel into an interpretive centre for visitors and groups using the dams are being progressed to meet the needs of the increasing numbers visiting the beauty spot every week.

For the past decade work has been ongoing to convert the dams from their original industrial use into leisure facilities.

Already Ligoniel has become synonymous with excellent fishing thanks to the local angling club and Damien McCallin from the Ligoniel Improvement Agency says plans to convert the mill will make the visitor experience even better.

“We’ve had the plans drawn up for a few years now and we are going to build this on the footprint using what’s left of the mill as a base,” he said. “It will be multi use so you will have toilets and changing facilities and a kitchen facility if you’re working with groups.”

Although the plans were drawn up a number of years ago, funding is only being sought now because of the success of the redevelopment of the area.

“The reason this has gained momentum is because of the increase of usage of the dams,” said Damien.

“Ligoniel Improvement Association was set up in 1974 by Tom Lovett and it was his vision that has meant that we are able to use the dams like this.

“When Tom started a lot of this was owned by developers and the dams were just leftovers from the factories that used to be here. Back in the 1800s the Forth River was diverted to create the dams which were used to power the machinery in the linen mills and corn mills that used to operate here.

“That left us with three dams. There are two here that we own and a third – known locally as the top dam – which is owned by a developer.

“In 2008 Ligoniel Improvement Association bought the wider environment and heritage site off a developer and since then invested in pathways and signage so now you see regular dog walkers, families up for a stroll as well as runners.

“Plans are under way to connect Divis to ourselves and once that happens that is going to increase the football and increase the potential for the site.”

Groups that use the site currently are limited as to what they can do because of the lack of facilities, according to Damien.

“We have a lot of schools visit us and that creates a problem because we don’t have facilities on site so you’re limited as to what you can do. You bring a group of kids up and one wants to go to the toilet after an hour, what can you do?

“Schools in Belfast are travelling outside of the city for outdoor education but we are in an ideal place in that we are on the outskirts of the city but we are not too far out for travelling.”

The development would have space for a business which Damien says they hope would involve social enterprise.