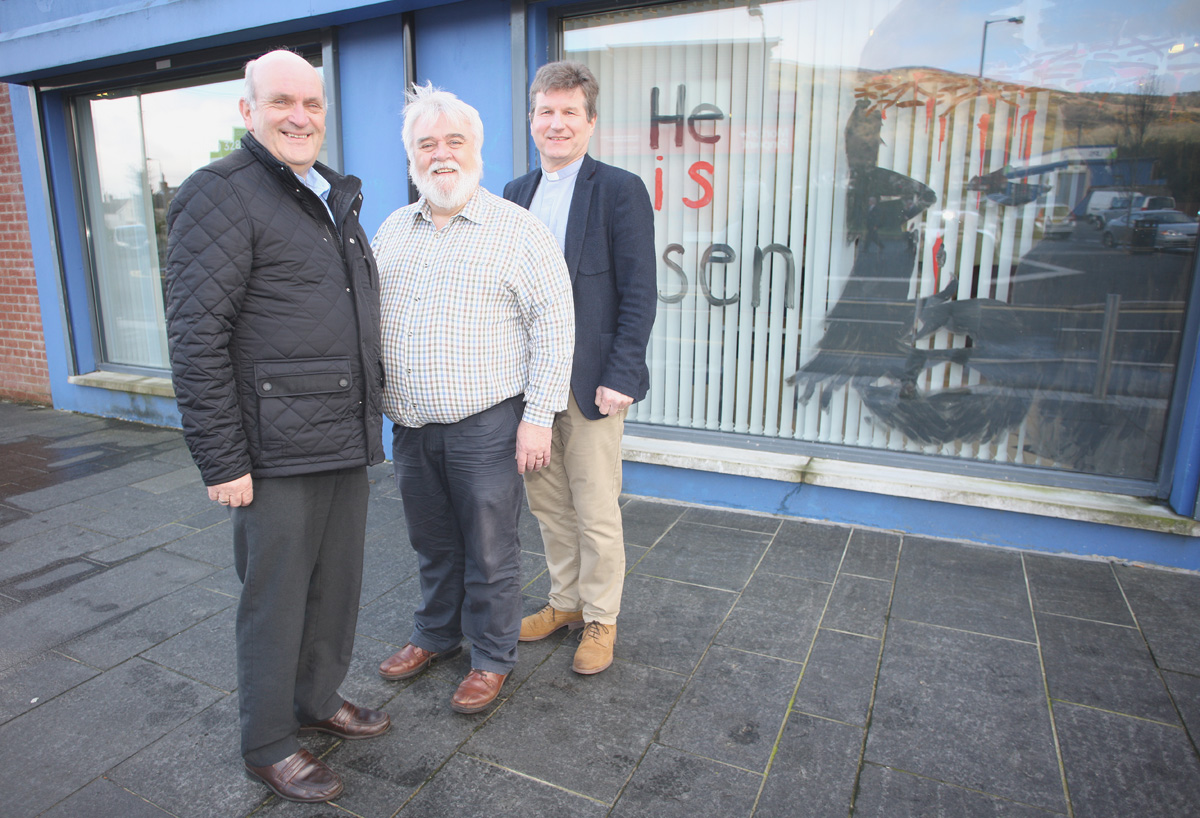 A job club established by two Presbyterian churches in North Belfast is offering unemployed people support in their attempts to get back into work.

The club, based at the top of the Cavehill Road in a former estate agent’s office, has been running from January and volunteer Trevor Long said their door is always open for anyone who is looking for support.

“We started on January 19 with help from the two congregations - Eglinton on the Ballysillan and Rosemary which is on the North Circular Road,” he said. “The project began when we found out about of the work of Christians Against Poverty and the help their work has given to people who are in debt. The charity has been going for around 20 years and is quite strong over in England and Wales and Scotland. We heard about the job clubs they were involved in and wanted to do that here. It has been recognised that one of the main reasons people are in debt is because they can’t get a job or have lost employment and can’t get back into the workforce. There’s now 120 of them across the UK and four in Northern Ireland – here, Carnmoney, South Belfast and East Belfast.”

Trevor says they are open to everyone.

“They are non denominational, anyone can come and that’s why we are here on this site. The initiative was taken because we felt that we had to do something to support the community.
“We want it to be for the whole community – it’s not just a Protestant thing or for our congregations, it’s for the whole of North Belfast. All the local churches know about this and Father Martin Magill has been made aware of what we’re doing.”

The job club is able to offer courses for those seeking employment.

“We have a course people can follow that lasts anywhere between eight and 12 weeks. The course deals with self esteem issues and practical issues like filling out forms, creating your own CV and interview skills.

“In some cases people will come in and want to print off an application form so we can do that. A lot of people don’t have internet access and so many jobs now want you to apply online. We have three computers and a printer. We also find people who come along help each other.”
After two months Trevor says they have discovered two major keys to being successful in the job market.

“Perseverance and confidence in yourself are two big things. Even if you have applied for jobs 37 times, the next job may be the one you’re waiting for. That happed to someone we had coming to the job club. Out of 37 applications, he got five interviews and was shortlisted for most of those. Only one came through but that was successful. What we would be saying is that you’ve got to keep at it.”

Trevor says they have had a wide range of people seeking support.

“Some are of an older age – 50-plus – and they haven’t filled out an application in 30 years and maybe aren’t tech savvy. Some people need encouragement and this is a great space for that. Some are women who have started a family and are now trying to get back into employment.
“Currently we have nine people coming along regularly but we will be running the course again and again and again so we hope to see more.”
Fore more information visit 309 Cavehill Road.