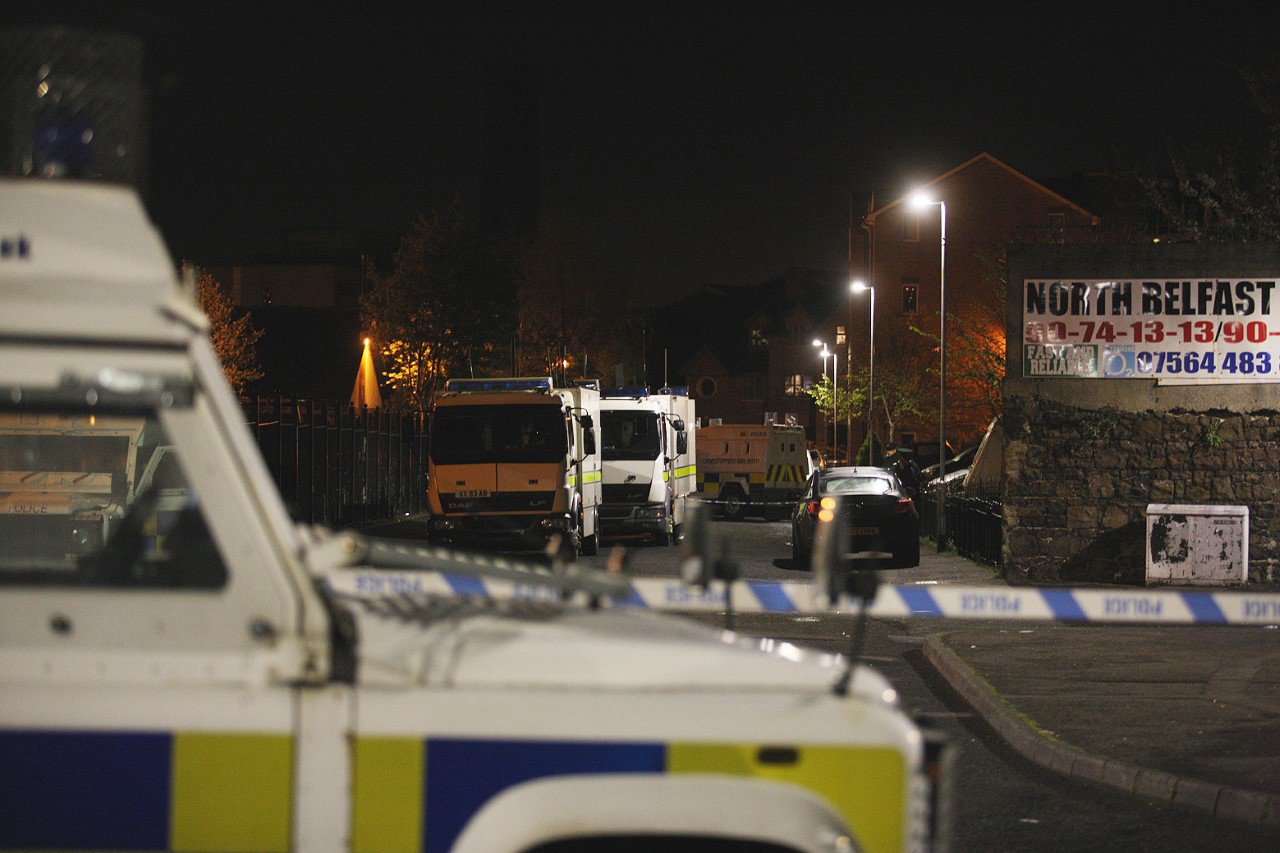 The scene at Holy Cross Boys’ School during the early hours of Sunday morning. Photo by Daren McMullan

POLICE say that a bomb left at the gates of Holy Cross Boys’ Primary School in North Belfast was “viable and capable of substantial harm”.

Speaking after the conclusion of the overnight alert in Ardoyne, Belfast District Commander Chief Superintendent Chris Noble said: “The device, which was found at the gates of a local primary school, was examined by ATO and found to be viable and capable of substantial harm. A number of controlled explosions were carried out and the device was rendered safe before being removed for forensic examination.

“There is no doubt that this device was intended to kill community police officers patrolling and tackling community issues in Ardoyne, however its placement and the manner in which it was left undoubtedly mean that had it detonated it would almost certainly have caused death or serious injury within the local resident population as well.

“My view is that this was absolutely an attempt by violent dissident republicans to kill police officers but it was also very much an anti-community act.”

He added: “The misguided individuals behind this device are seriously out of step with this community and clearly don’t care about the lives of those living in Ardoyne or the danger and disruption they have brought to their doorsteps. Placing this device, where they did, beside a school shows the contempt and disregard they hold this community in.

“Many families with young children, older people, the sick and those with significant disabilities had to leave their homes in the middle of the night last night. Police and community representatives stepped in to make sure these people had somewhere to go and were kept safe while those responsible for all of this were absent, likely safe in their beds.

“An investigation, led by detectives from PSNI’s Serious Crime Branch, has now commenced and I would ask anyone who was in the area last night or who may have information that could assist the police investigation to please get in touch with us. It is important that we try to build a picture of what was happening in the area last night – who was there, what did they see – these are the pieces of the jigsaw that detectives can use to build their investigation.”

Sinn Féin MLA for North Belfast Gerry Kelly also condemned those who placed the device. He said: “This was a viable device left in a built-up residential area which was designed to kill. I condemn it outright.

“Those behind it have no regard whatsoever for this community and they need to end these futile acts.

“This was left at the gate of a school, yards from people’s homes on a busy walkway. Anyone could have  been passed this bomb.

Twenty homes also had to be evacuated overnight including family homes.

“I welcome the fact that this device was found before it killed or injured somebody and anyone with information should bring it to the PSNI.”

Police can be contacted on 101, or if someone would prefer to give information without leaving their name they can contact the independent charity Crimestoppers on 0800 555 111.