Pupils show their class for Gage 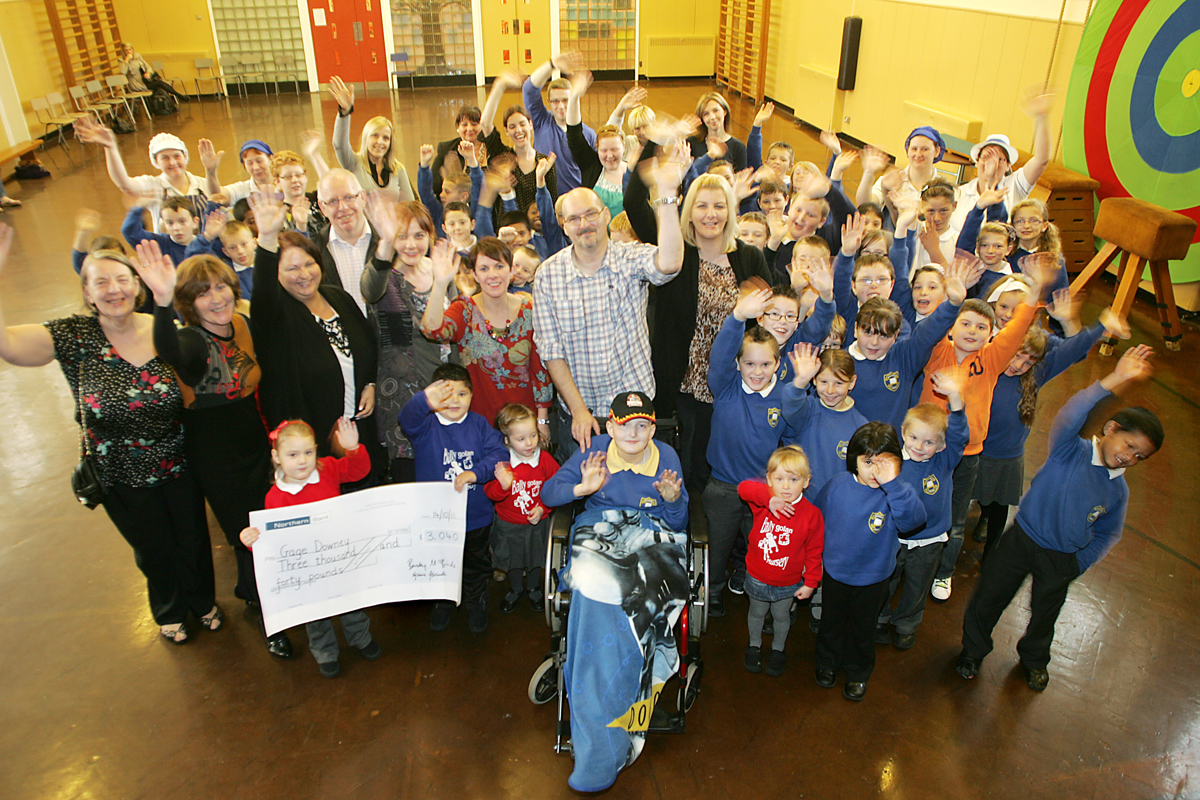 A much loved schoolboy who has been battling cancer was back at school last week to receive a cheque from his friends which will help him realise a cherished dream.

Gage Downey, a pupil at Ballygolan Primary School was diagnosed with bone cancer in June and has just completed a course of chemotherapy.

A popular pupil at the Whitewell school, his classmates and teachers, as well as other staff at the school, decided to do all they could to help the 11 year old and began a series of fundraising activities for their friend.

After a number of sponsored events the school raised over £3,000 which they handed over to the Ballysillan boy and his mum Karen and dad Colin on Friday. The family will use the money to take Gage on a trip to London where he will see the Doctor Who Experience and take in some sightseeing.

Gage’s mum Karen said they are touched and delighted with the support from the school.

“We are going to go to London to the Doctor Who Experience because Gage is a massive fan. We’ll also go to the London Eye and to Hamley’s because he loves toys and he loves shopping so he’ll have a great time.”

Gage’s devoted mum explained how the family couldn’t travel too far because it can be painful for him to travel so the short trip to London will be perfect.

“He’ll have a great time. The school have just been brilliant, we can’t thank them all enough for what they have done.”

Despite being diagnosed with osteosarcoma and undergoing hospital treatment brave Gage has been keen to get into school and back to his friends and teachers.

“Gage just loves school and as soon as he was out of hospital he wanted to go back. Even when he isn’t feeling great he wants to get to school, it makes him really happy,” said his dad Colin.

The youngest of five children the kind hearted youngster even donated many of his toys to the children’s cancer unit when he got out of hospital, despite undergoing his own grueling treatment and being in pain himself.

“When he was in hospital we were spoiling him rotten and bringing him up new toys, he has four older brothers and sisters and everyone wanted to be buying him things,” said Colin.

“When he left he wanted to leave toys that the older children could play with and donated lots of his new stuff. He’s really a great wee boy.”