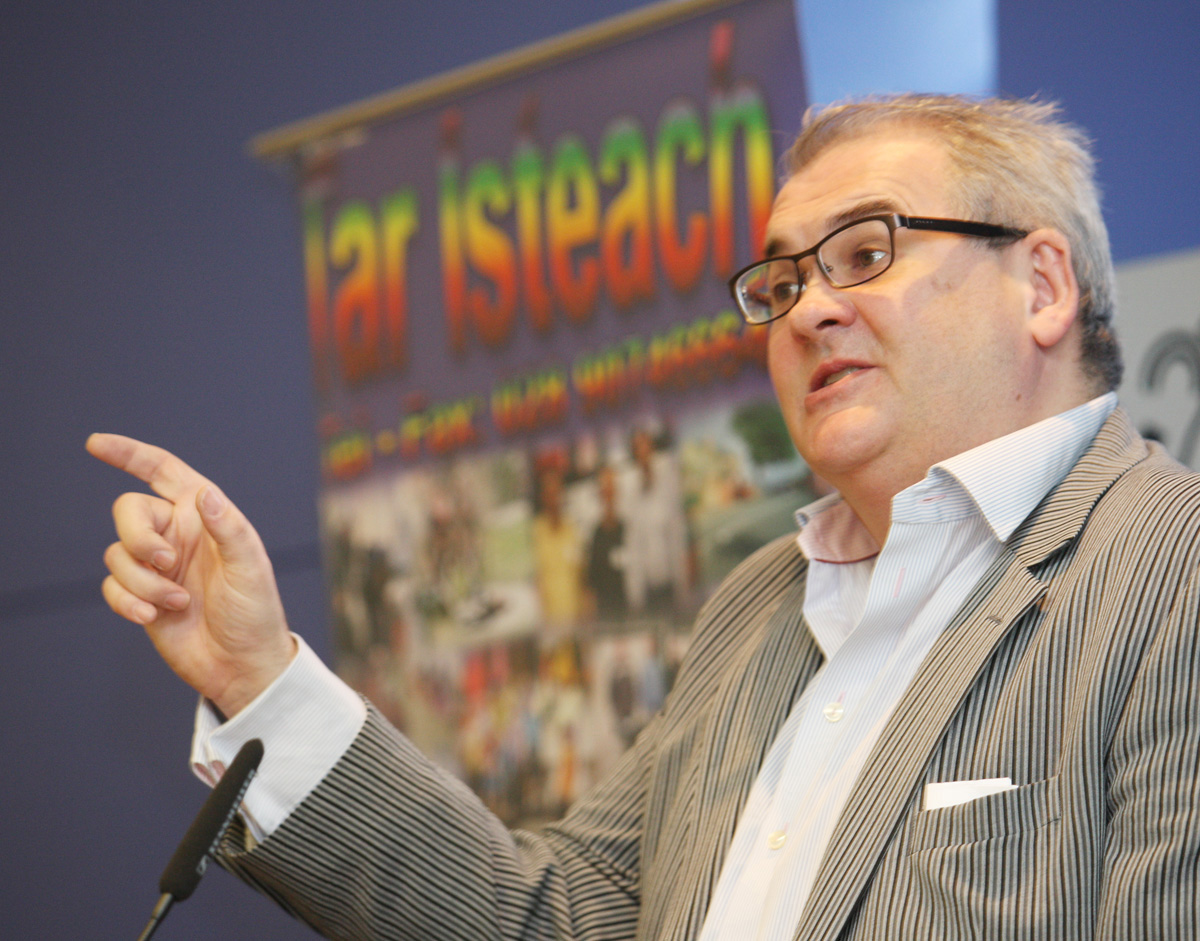 FORMER prisoners are being let down by a failure to fully implement the Good Friday Agreement, according to a new report.
At the recent launch of the ‘Survey of Conflict-Related Prisoners’ Experiences’ at NICVA in Duncairn Gardens, Professor Peter Shirlow from Queen’s University Belfast said that issues affecting ex-prisoners’ welfare are not being fully addressed because of punitive legislation. And he claimed the problem will only get worse with the proposed closure of support organisations like Tar Isteach due to a funding crisis caused by government cutbacks.
The audience heard how ex-prisoners are still being turned down for work because of their time spent behind bars, even though they fully support the peace process. Professor Shirlow said the Good Friday Agreement was failing ex-combatants in this respect and creating a legacy that was affecting not only the prisoners, but also their families.
“One of the problems with this report is that it’s really quite depressing,” he said. “It clearly shows that as a society we haven’t really healed ourselves, we have many divisions within our society and most of all we haven’t really created a process where conflict transformation isn’t about giving up your ideology. I don’t want anyone on this island giving up their ideology, I simply want them to practice it in different ways which are inclusive, tolerant and open.”
Key findings of the report include”
• Ex-prisoners are more likely to live in rental accommodation
• They are six times more likely to have a health issue
• Almost half will have sought medication for depression in the past twelve months
Prof Shirlow said high levels of mental health problems such as depression couldn’t be addressed because healthcare professionals are obliged to report any crimes to the PSNI.
“If I went to a psychologist under the 1968 Northern Ireland Act, and I said ‘In 1982 I did x, y and z,’ the psychologist would turn to me and say, ‘Well, I’m really sorry, I am going to ring the PSNI now because you were not sentenced or convicted for what you just told me.’
“So we have a society with high levels of trauma, high levels of suicide and a law that says you have to inform on people if they have not been convicted for what they tell you. Then we have a health service that informs on you if you pass on information. Why is that structure maintained if we have a reality of trauma?.”
Michael Culbert, Chairman of ex-prisoners support group Coiste, said companies are legally entitled to discriminate against ex-combatants.
“Our (ex-prisoner) community specifically is marginalised, very impoverished and definitely discriminated against,” he said. “Now, that is a very hard line to use but I sat in the British House of Lords about six years ago when it was decided and stated by five judges that because the charges against two particular people were politically motivated, they were not suitable to be in employment. They also stated if the charges hadn’t been related to the conflict then it would have been okay for them to be employed. Despite the fact that these people were no longer supportive of armed conflict, they were discriminated against.”
Tar Isteach Chairman Paul O’Neill said the loss of the organisation would be keenly felt.
“North Belfast was an area that was severely impacted by conflict,” he said. “During the conflict over 600 people died, thousands were injured and thousands went through the jails. Above and beyond all of that from the very outset, we have been very strong supporters of the peace process. We’ve defended it through thick and thin and we have engaged across communities and society promoting the message of peace.”