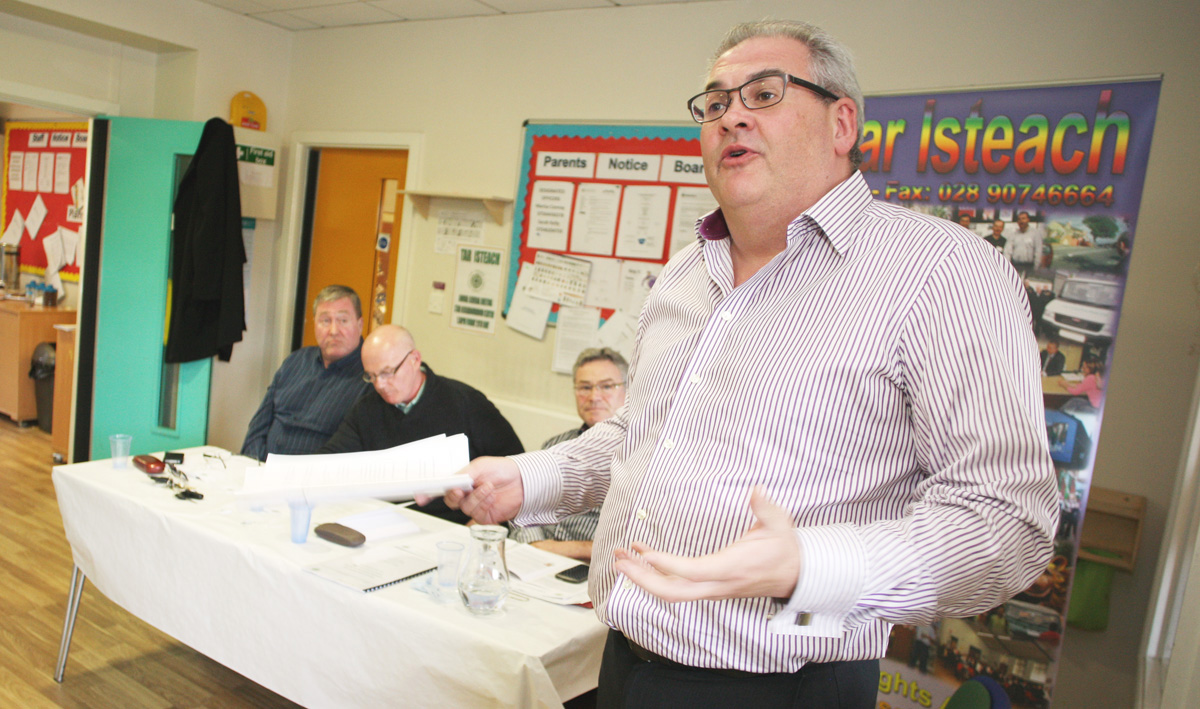 A leading Queen’s academic who claims that the Good Friday Agreement is failing ex-combatants has said that it is impossible to heal the past while continuing to punish people in the present and in the future.

Professor Peter Shirlow, Deputy Director of the Institute for Conflict Transformation and Social Justice at Queen’s University, made the statement while addressing a group of ex-republican prisoners. Mr Shirlow was speaking at the Annual General Meeting of Tar Isteach.

Tar Isteach, which was set up to provide a range of advice, training and counselling services for former prisoners and their families in North Belfast, earlier this year revealed that they had missed out on European Union Funding and are on the verge of closing.

Professor Shirlow, who was responsible for carrying out an academic report on the health and wellbeing of former IRA prisoners, has repeatedly said that the Good Friday Agreement does not address the issues around ex-prisoner welfare and that these problems would only deepen with organisations like Tar Isteach being forced to cut back on services.

“The fundamental thing that’s really important in any peace process is that it has to be transitional, you can’t punish people forever and you can’t exclude people forever,” he said.

“Any serious peace process is time-framed, there is a point at which you have to stop punishing people. If we are punishing people for employment legislation and keeping people out of work, what is the rationale for that 20 years after the devastation?

In its annual report for 2014 it was revealed that the Tar Isteach services dealt with a total of 6,565 clients last year, equivalent to approximately 130 people a week. It was also revealed that last year the service helped clients secure over £2.5m in benefits, equivalent to supporting around 13,000 families in North Belfast alone.

Speaking during the meeting, long-serving Tar Isteach Welfare Rights Manager, Agnes Fraser, who was rendered redundant but carries on her work on a voluntary basis, said: “During the last six months we have had an increase in referrals for practical assistance for republican ex-prisoners and their families who are now experiencing both mental and physical health problems.

“Many are also living in financial hardship. Due to the demand for advice on a day to day basis our service is stretched and it is more evident than ever the need for a dedicated family support worker to assist in assessing their needs and ensuring the required services and benefits are put in place.”

Professor Shirlow said that the need for more resources was never more clear than in his research where he found that levels of depression were the highest in the UK and Ireland, with 50 per cent of cases being linked in some way to the Troubles.

“I see no societal framework that is dealing with this,” he added.

“It’s a burden on society not to have a proper reconciliatory process. You can’t heal the past by punishing people in the present and future. It’s taken us back to some of the reasons that lead to the conflict in the first place.”