Rainbow coalition does the business 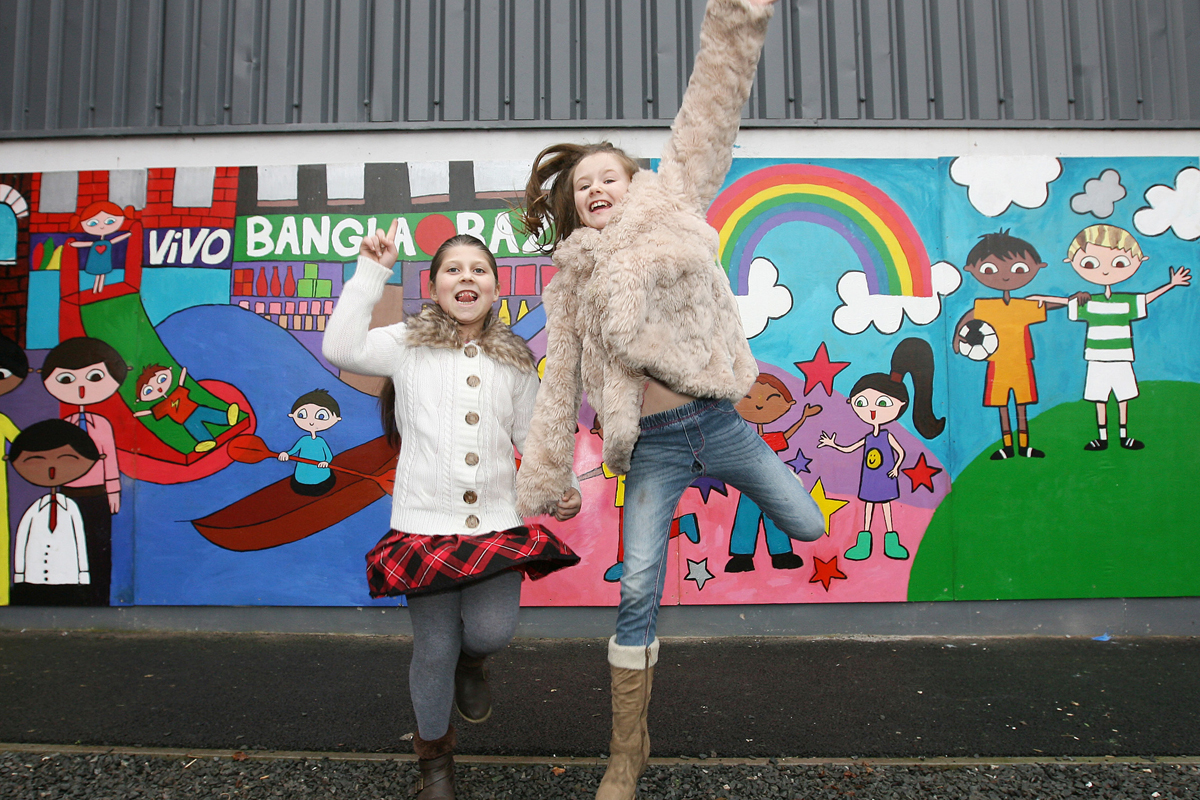 A special mural charting co-operation between local kids of different ethnic backgrounds has been unveiled in South Belfast.

The mural, which was the handiwork of children from the Lower Ormeau, including those from the Roma community, was launched at Shaftesbury Recreation Centre in Balfour Avenue.

Guest of honour, Lord Mayor Niall Ó Donnghaile, helped the children show off the mural, which was completed with the help of ethnic arts organisation ArtsEkta. Depicting their interpretation of life on the Ormeau Road, it was the culmination of several classes between the kids.

“It was the first time local kids and Roma children really got together to work on a joint project at this level,” said community worker Gerard Rice.

“Eight kids took part altogether and at the start there were a lot of language barriers. But it’s amazing how far the children came along in relation to that while working on this project. There were a couple of kids in particular who could hardly speak a word of English at the start but by Saturday they were confident enough to say hello and ask for things.”

Gerard said the mural was part of ongoing work to improve race relations in the Lower Ormeau.

“The Rec Centre has always been used lots by different ethnic minorities but recently there has been a concerted effort from us in a number of areas – the most recent being the Love Music Hate Racism concert in An Droichead, which we held in conjunction with the Irish centre and the Oh Yeah Centre.

“That was groundbreaking because it was the first time Roma musicians were showcased. It is really important we work at taking down those barriers. We are hoping to build on this mural with another project that will see 16 teenagers from different backgrounds coming together.

“They’ve had two get-togethers so far and things are going really great with them. Community relations in the Lower Ormeau are moving ahead at pace and that is good news for everyone involved.”