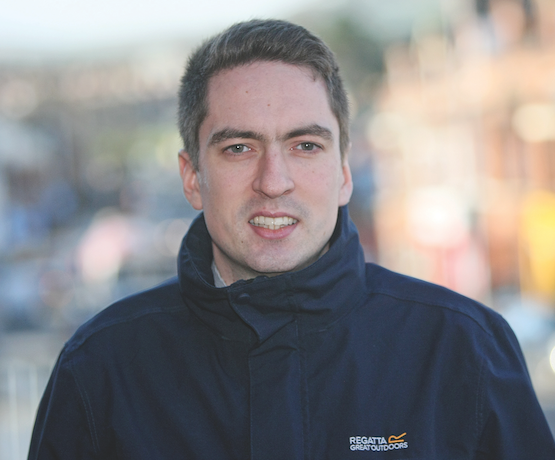 HOUSEHOLDS across the city will be hit with higher rates bill after Belfast City Council agreed to implement a district rate increase of almost two per cent at their monthly meeting on Thursday night.
The Council increase, of 1.98%, will cost domestic ratepayers an average of less than £1 per month or less than £10 a year. Businesses and offices will pay an average extra £12 per month or around £144 per year.
Speaking at the Council meeting People Before Profit Councillor Matt Collins hit out at the rates decision and criticized Council expenditure on investment trips overseas and the decision to outsource the leisure facilities to GLL.
“I find it hard to stomach that big parties wanted to see the big taxes on business lowered,” he added. “Big parties need to consider a reform of the rates system where the big shoulders carry the burden.”
He faced a backlash from other parties, however, who questioned why he had not suggested any cost cutting methods in the three months leading up to the decision, with Sinn Féin Cllr Jim McVeigh claiming Collins had made the same speech last year.
“Marxism for beginners, I read that book as well about 30-years-ago,” he mocked adding Cllr Collins had yet to offer an alternative to source the rates revenue. “We support this modest increase as it is always used to invest in facilities like the Andersonstown or the Brook leisure centres, providing world class facilities for our residents in the city.”
Sinn Féin Councillor Matt Garret, chairperson of the Council’s Strategic and Policy Resources Committee, said over the past three years of Council term, the district rate increase has been maintained below the average rate of inflation providing a real term reduction.
“In times of great economic uncertainty and with Brexit on the horizon, this reflects our commitment to keeping a rise in rates for our residents and business community as low as possible,” he said. “We have achieved this by delivering over £3m in efficiency savings during the past year, through measures such as a voluntary redundancy scheme. It has been a long standing commitment of the Council to reduce the costs with the total amount of efficiencies amounting to more than £25m over the past ten years with a further £3m earmarked for next year.
“It is important to strike the right balance between reducing costs and the continued delivery of high quality value for money services as well as improving our facilities and neighbourhoods and creating more jobs for local people.
“We are making real strides in growing certain sectors of our economy to secure existing jobs and create even more opportunity. It is also our ambition to build on the optimism and energy in our city which makes it not only a great place to live for local residents but a must-see destination for visitors around the world.”
He added: “Rates are currently supporting 200 regeneration projects across the city, which over 100 are underway. This includes a £105m Leisure Transformation Programme involving the development of seven new centres across the city with advanced work on the Andersonstown, Brook and Robinson Leisure Centre’s.”