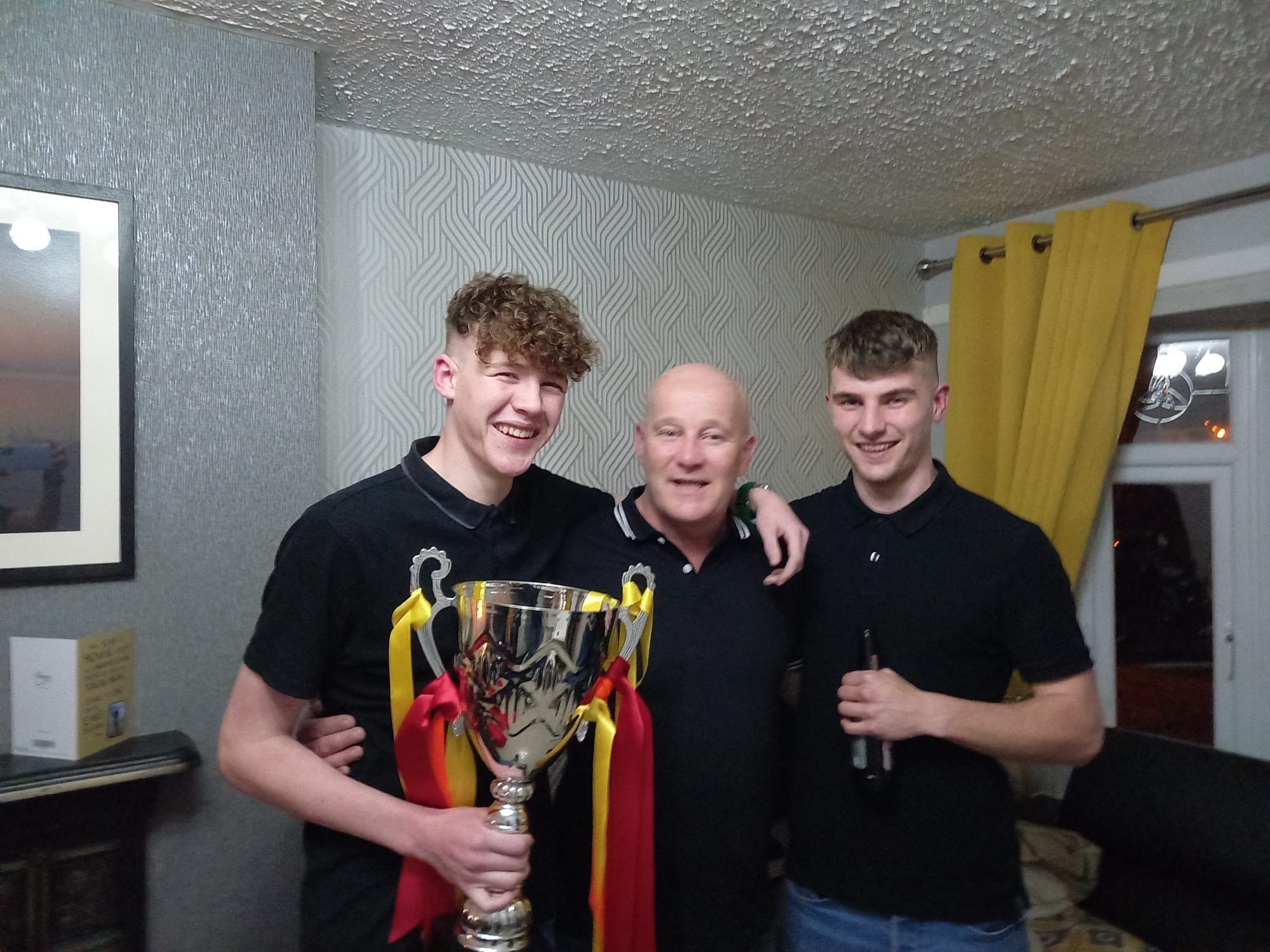 COMHGHAIRDEAS: Gary Duffy senior is flanked by his sons Aaron (left) and Gary

A LOCAL traditional musical trio consisting of a father and his two sons have been named as Ireland's most talented family after winning a TG4 music competition.

Gary senior is a flutist who spent over 21 years teaching in the Andersonstown Traditional and Contemporary Music school, An Droichead and more recently in the  Glengormey School of Traditional Music.

With sons Aaron, on banjo, and Gary, on guitar, the family wowed judges with their original compositions named after other family members including Emma Rose Duffy Jig, Nannie Byrnes Slip Jig, and Sarah Millward Reel.

Speaking following their momentous victory, Gary senior praised the efforts of his sons: "I've been teaching traditional music for decades, but they learned independently of me. They were actually quite rebellious. For them to take it up themselves is amazing."

TG4 regularly features traditional musicians from across Ireland, and Gary said he initially applied to TG4 in a bid to showcase some music from the North. However, he was unaware that he and his sons would in fact be drafted into competition.

"I thought it would be nice for somebody from the North somebody from County Antrim to showcase a couple of tunes," he explained.

"I filled in the form and it was really just an expression of interest.

"We had no intentions of trying to win. Our intention was just to showcase."

He added: "It was lovely to show that even in the North we love our traditional music."

As a musician with over 30 years experience, Gary has had his fair share of tours and has played with some of the country's biggest names including Neil Martin and Gráinne Holland. However, he said the the TG4 experience was an opportunity to give exposure to his sons.

"I've never been ego searching, I've just loved passing on the tradition, but for the boys it's just giving them an opportunity and a bit of exposure because they're so young," he said.

"They've so many more opportunities to exploit. Also to showcase that pupils young and old alike can achieve something by learning some music. It's wonderful for that."

Gary hopes the competition will also be a further example of the talent produced by venues like The Andersonstown Traditional and Contemporary Music School, An Droichead and Glengormey School of Traditional Music.

"It's lovely to send a message that all those learning venues can create opportunities like the competition afforded us, even though it happened unplanned," he said.