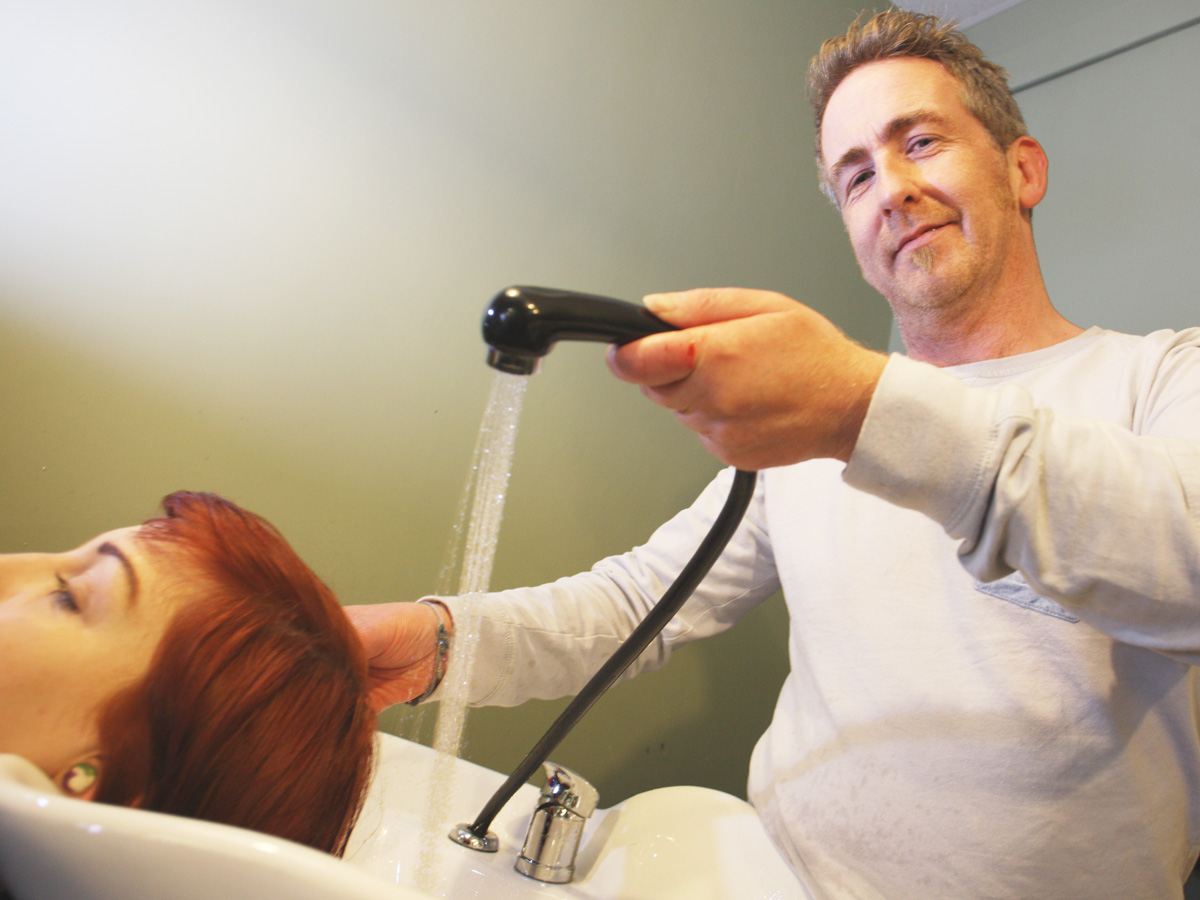 A Belfast business owner has dismissed Tory electioneering claims that the economy is in recovery and accused the government of putting the squeeze on small traders.

Chairman of the Antrim Road Traders Association Paul Carlin said that small businesses were still feeling the strain of reduced spending and hit out any additional forms of “taxation”.

Mr Carlin was speaking after NI Water announced a 2.4 per cent rise in non-domestic and sewerage charges from the start of April – a hike that’s going to hit his hairdressing salon particularly hard at a time when business is still in the doldrums.

He said that any rise in outgoings was bad news for the business community in the current climate.

“It’s annoying because you hear this talk of recovery but on the ground small businesses are still finding it hard and small retailers are still trying to establish if there is a future in offline trade,” he said. “I still feel that the small business community are finding it tough and therefore any extra rise in any sort of taxation is hard to swallow, no matter how big or small.”

NI Water said the rise in charges was due to “unavoidable external factors impacting on operating costs and the cost of necessary improvements to the water and sewage infrastructure to meet standards and improve quality for customers”.

A spokesperson added: “We are conscious that economic conditions continue to be difficult for our customers and so we have worked hard to minimise any increase in tariffs for our customers, insofar as we have been able to.

“We have worked closely with the Utility Regulator and in conjunction with the Consumer Council for Northern Ireland to ensure the increase is as low as possible and represents good value for our customers.”
However, Mr Carlin said that to the small business community in North Belfast, the water charge hike is in effect an extra tax that’s been slapped on traders at the worse possible time.

“Small businesses are already faced with high level of outgoings from any profit they make in rent, rate, tax and other charges and the last thing they need is a further two per cent leaving their takings.”