Reilly ready to rule the world once again 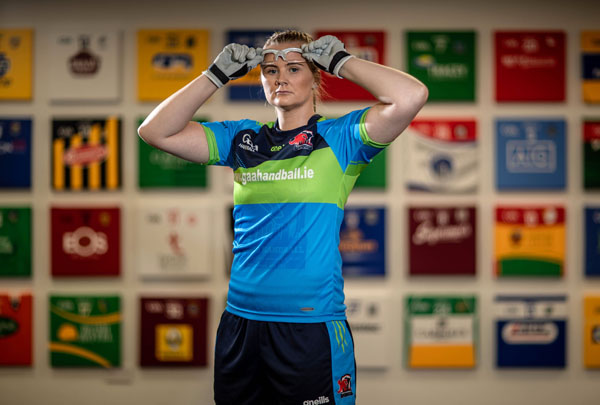 AISLING Reilly has declared herself fit and ready as she aims to successfully defend her World Handball Championship title in Minneapolis.
After winning the Ladies Open crown in 2012 and 2015, Reilly will emulate her St Paul’s clubmate, Fiona Shannon if she can retain her title in the American Midwest.
Shannon, a pioneer of women’s handball, won three-in-a-row (2003, 2006 and 2009) before Reilly denied her a fourth title in 2012.
While Reilly insists she never saw Shannon as a rival in the truest sense, she is determined to give a good account of herself having fully recovered from a shoulder injury, which kept her off the court for the best part of a year and a half.
“It wasn't so much as a rivalry in my opinion, it was just more of a constant head-to-head,” said Reilly.
“I went from minor straight into the senior ranks and Fiona was very dominant in her era then. I entered into the mix in her peak years.
“Winning one world title was a dream of mine, anything more is a bonus, but I will do my very best to get the third.
“Ladies Handball is very strong at the minute and anyone in the draw is capable of winning so I'm focusing on one game at a time.”
Reilly’s caution is understandable. Unable to shake off a debilitating injury on her right shoulder, Reilly finally underwent surgery on St Patrick’s Day last year.
It was only then the full extent of the injury became clear. Reilly had been playing through the pain barrier with three torn ligaments, two major and one minor.
“There was a fair bit of damage to be repaired which I wasn’t aware of until after the surgeon had went in,” recalled Reilly.
“It wasn’t the worst he’d seen, which made me feel better actually!
“I had exhausted all other options of recovery and pain management over a number of years and to be honest, it was a case of if I didn’t recover well, I was close to being finished playing.
“Constantly taking painkillers for training and matches, taping myself up, acupuncture and physio was starting to wear thin with me and it was becoming a chore.
“The enjoyment wasn’t there.
“On the flip side now, my shoulder feels great. I’ve been training and working hard over the last few months for this tournament and I feel really good. I feel like I’ve prepared as well as I could so I’m feeling optimistic.”
The former Civil Servant now works full-time as a personal trainer – a job which affords her greater flexibility to fit in the extra training sessions she needed to return to the top of her game.
Having linked up with Brian Magee at his gym in West Belfast, Reilly revealed that the former world champion helped her prepare for the 2015 World Championships.
“Brian actually let me use his gym before the 2015 World Championships so I could get a few extra sessions in close to home,” said Reilly.
“He was very accommodating and has obviously been there, done that with all his accomplishments. He knows that for any individual athlete, any help can go a long way and I was very grateful for that.
“When I came home, I had started to gather up my courses and certificates and now I work there. I’ve landed on my feet.”
Despite being the defending champion, Reilly knows she will have her work cut out if she is to return from the US with a third World title.
In her absence, Cork’s Catriona Casey and Limerick’s Martina McMahon have rose to number one and two in the Irish rankings respectively, while McMahon is the current All-Ireland champion.
Reilly knows she is going into the World Championships slightly under the radar, but she insists she isn’t putting herself under any pressure to perform.
“I've more or less been out of the game for a year and a half. I've played a couple tournaments, but nowhere near the standard where I would be use to,” added the St Paul’s ace.
“I haven't been in the mix for any titles and my ranking has suffered a bit, but I expected that.
“The bracket is packed with great players from other countries. There are a number of American girls who will be very tough opponents. I wouldn't be underestimating anyone in the draw.
“Performing well is the only expectation I have for myself. I've done the weeks and months of hard work to get to this point, it's just a matter of everything coming together at the right time.
“Being able to focus on playing instead of worrying about a shoulder problem is a different feeling this time around.
“I feel even more relaxed. I'm enjoying the sessions on court and off court. There was a time when I really didn't.”