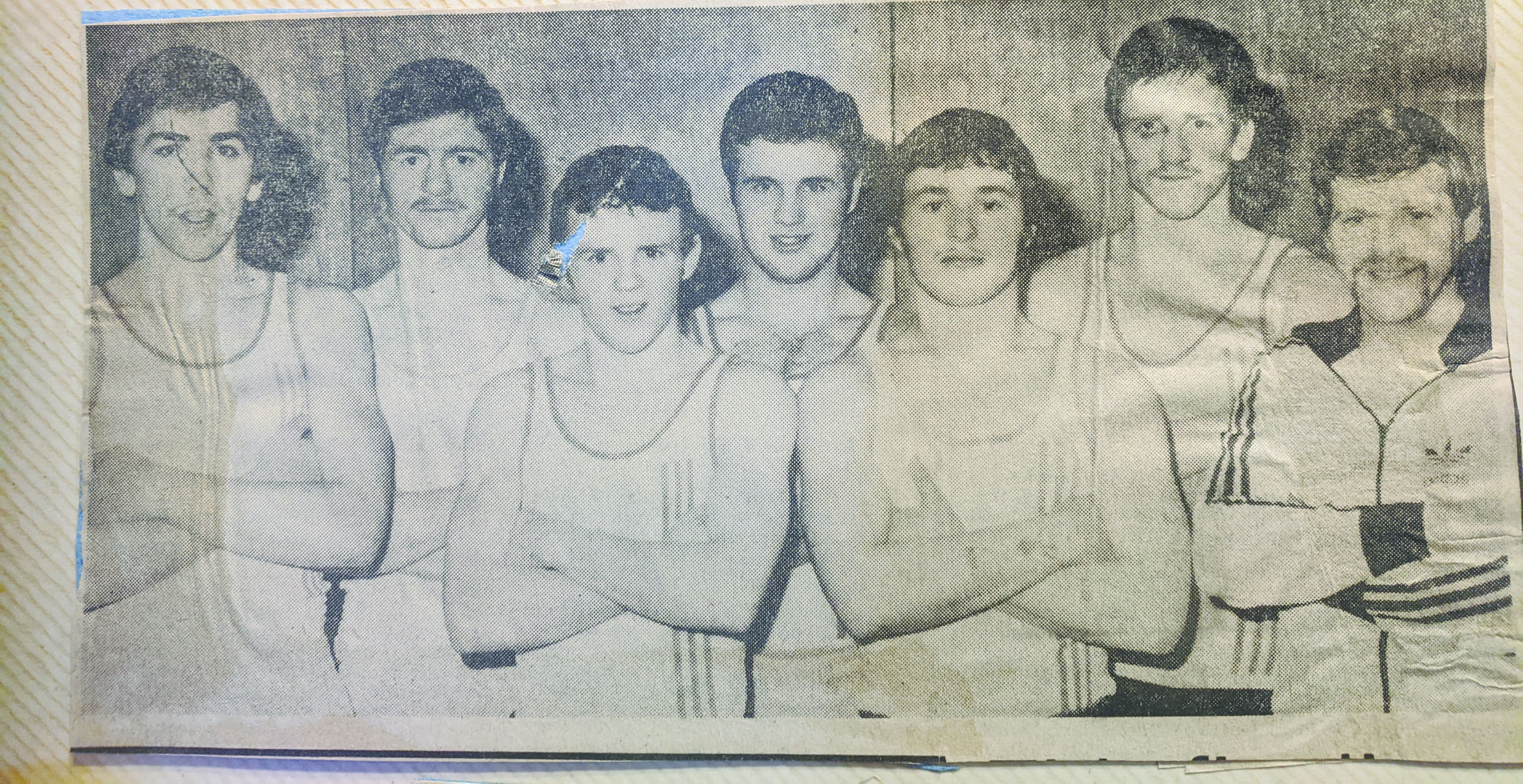 SOMEONE wrote something positive about me on a website recently, which was brought to my attention.

It inspired me to write a short missive of recognition, for three people: John Lynas and Cecil Adams, and Micheal Hawkins, from the world of Belfast boxing that richly deserve acknowledgment if not appreciation - something I’m confident will be supported by many others who knew them.

I was a member of Corpus Christi Boxing Club throughout the 1970s, a ramshackle little club started on a shoestring with borrowed equipment in a standard school gymnasium, itself borrowed from the local secondary school, St Thomas’s, during club time.

As a consequence, the entire apparatus and detritus of a boxing gym had to be assembled and disassembled every night, with punching bags hung from gym beams and a makeshift boxing ring strung from the old school wall bars, using a single rope. This made running the club much more problematic than most others, who were fortunate to have a dedicated facility.

Something, which did not deter John and Cecil.

It was of course the height of The Troubles with fierce gunfights, riots and burning vehicles providing the backdrop to daily life.

The area in which it was situated was quite correctly described as one of the most systemically deprived and impoverished housing estates in Western Europe.

In the midst of this, John Lynas and Cecil Adams started the Corpus Christ ABC for the boys of the area.

The amount of time and dedication they all gave without any recompense is inestimable, in the truest sense of the word.

Despite having families of their own, and both of them holding down full-time jobs, John and Cecil made their way down on each and every night the club was open without fail in all weathers.

To finance the upkeep of the club they fundraised and begged finance from every quarter they could think of to buy the necessary accessories’ of a functioning club, with their wonderful and very tolerant wives washing and caring for the kit.

With even greater demands on their family and personal time, they took the children in their care, me included, all over the island of Ireland to box and in no small measure, to get some respite from life and the war in Ballymurphy.

I regard myself as fairly well travelled and have lived many years outside Ireland, but the enjoyment, happiness and impact of those trips and the positive received experience has stayed with me my entire life.

Notwithstanding the abundance of people we encountered from all sides of the community and how this broadened our understanding of the differences which divided and the difference that unite; the concept of otherness not being exclusive to our own community.

As well as the altruistic benefits of John and Cecil’s endeavours of getting children off the streets and into relative, if not fleeting safety, for a few hours a night, they were by any standards excellent boxing coaches producing many Ulster and Irish champions in the years the club flourished.

Three boxers from the club went onto win senior boxing titles after the club folded, me amongst them. With, it must be said, the help and guidance of someone of the same level of boxing acumen, selflessness and decency, Michael Hawkins from Holy Trinity ABC.

I could easily have written this recollection about the redoubtable Mr Hawkins and the club he built and it would not be any less relevant or sincere. He was and is in every way the equal to John and Cecil in his selfless devotion to helping others.

Corpus Christi ABC had, thanks to John and Cecil, a strict moral and ethical code.

The war stopped at the door of the club. There was never any sectarian, political or bigoted views expressed or tolerated in the club, an incredible feat when one considers the context of when and where this all took place, in the midst of the worst urban guerrilla war in any western country in history.

In all my formative years there, I never once observed John or Cecil lose their temper or become angry. I never heard either of them swear in the presence of us boys, although I’m sure they did at other times. They never expressed any prejudice or disdain for anyone or any minority group that would have influenced the boys in their care.

As in all boxing clubs I’m sure, bullies weren’t tolerated by Cecil or John and didn’t last.

The club folded in the most tragic of circumstances imaginable for John Lynas and his wife. Micheal and Mrs Hawkins I must add endured a comparable and terrible loss shortly after.

The strength, courage and perseverance of John and Micheal and their respective families, imbued me with a sense of perspective and hope.

For no matter what I perceived in the future as a crisis in my life, it was nothing compared to what these fine generous people experienced and which they endured and overcame. All the while helping others like me.

Next to my own parents, John Lynas and Cecil Adams and latterly Micheal Hawkins, and the clubs they provided and managed, had a profound positive and everlasting effect on me and in no small measure helped mould me into the person I am today.

I could not nor cannot begin to calculate the impact they had on the entire community in that area of West Belfast, Ballymurphy Turf Lodge and how many young lives they saved from being lost to prison or worse. I have no doubt my experience is replicated numerous times over in equally numerous communities throughout Belfast.

Thank you both Cecil and John. Thank you Michael.