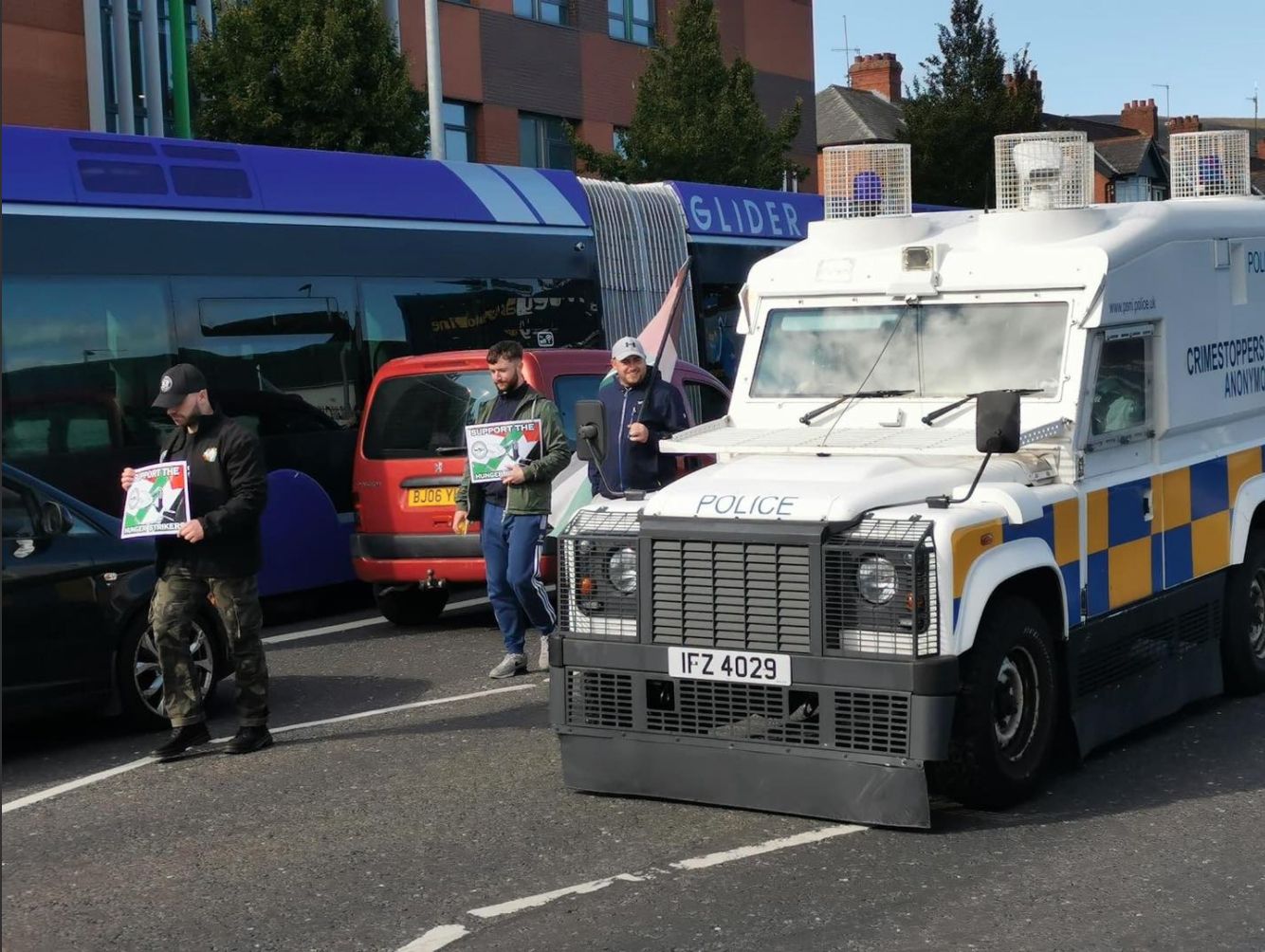 PROTEST: A PSNI Land Rover passes a white line picket on the Falls Road in support of the hunger strike

THE Irish Republican Prisoners Welfare Associations has announced the end of the hunger strike in Magahberry, Portlaoise and Hydebank.

The hunger strike was initiated in support of Palestinian doctor Dr Issam Hijjawi, who has been charged over alleged links to the New IRA.

The 62-year-old started his fast on September 16 while in isolation for two weeks after returning from an outside hospital following an MRI scan.

Republicans had embarked on a hunger strike in solidarity with Dr Hijjawi and demanded he be moved back to Roe House.

On Sunday, hundreds of people joined a white line picket in support of the hunger strikers on the Andersonstown and Falls Roads.

In a statement released on Tuesday, the IRPWA announced that the hunger strike had ended after Dr Hijjawi was returned to Roe House “with his comrades”.

“The MI5 led Maghaberry regime are solely responsible for this hunger strike and cannot and will not break the spirit and determination of Republican Prisoners.

“The IRPWA would like to take this opportunity to commend the courage and comradeship of all the hunger strikers.

“The female Republican Prisoners of Hydebank and our comrades in Portlaoise who hungered in solidarity with our imprisoned comrades in Maghaberry and with Dr Issam Hijjawi rightly deserve full recognition.

“Their unwavering support to one another is a true beacon of unity.

“The hunger strike and acts of solidarity by like-minded Republicans is a true testament to the strength and vitality of the national liberation struggle.”