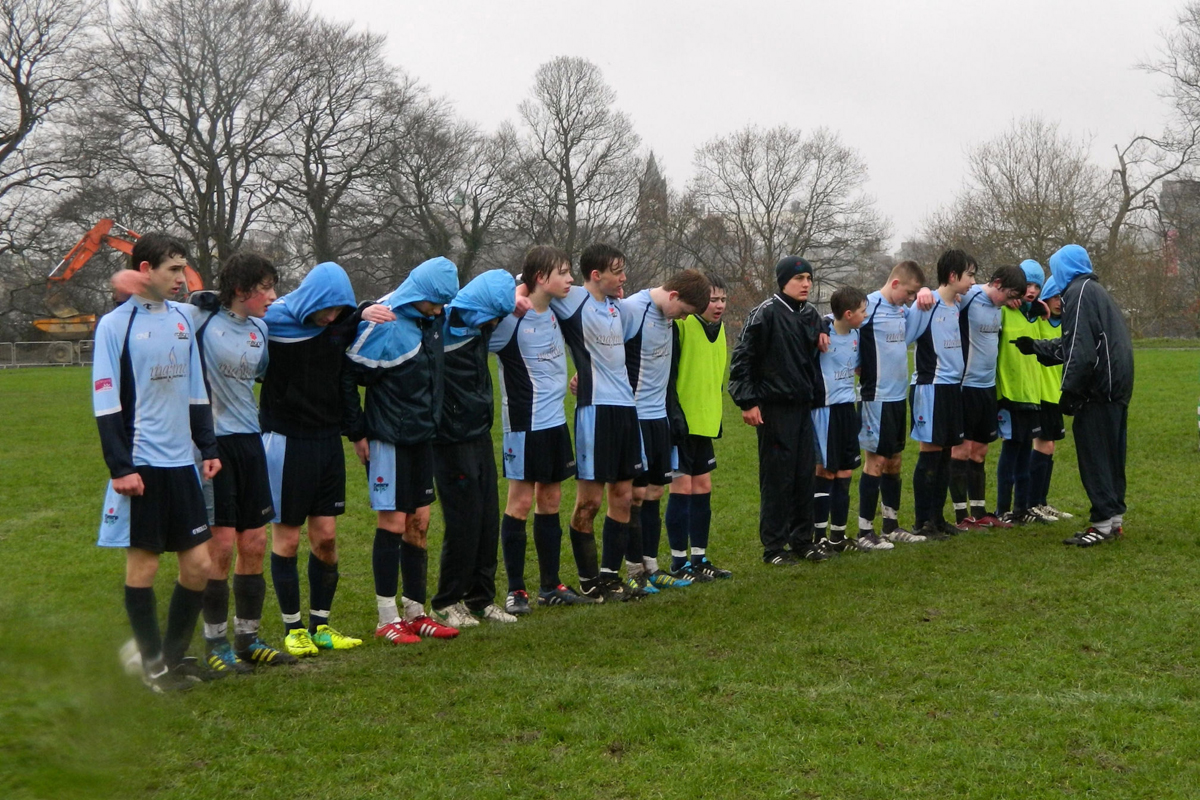 Rosario travelled to Derry to play Foyle Harps in the NIBFA Cup on Saturday in a game played in heavy rain and wind.

The Roses started nervously as Foyle Harps put pressure on the Rosario defence before they realised the game had started.

The Roses eventually started passing and turned the game around.

They outplayed Foyle Harps and put their keeper under pressure.

Sykes went close twice before Neeson tried his luck while at the other end Reilly and Noble-Walker had Foyle’s forwards well under control.

Smyth and Kelly had great games at full back as the half ended scoreless.

The Roses started winning more tackles in the second half.

The first goal came when Dornan won the ball in midfield and passed to Sykes who then fed Campbell for a brilliant opening goal.

Ten minutes from time Foyle Harps equalised and with only about four minutes left they were awarded a penalty to take the lead to 2-1.

The last few minutes were nerve wrecking with the clock ticking down, but the Roses were not ready to give up, gaining a corner kick.

After a bit of a scramble Dornan was quickest to react and put the ball into the back of the net with just a minute left.

The full time whistle was blown meaning extra time with a score line of 2-2.

In the extra time, of ten minutes each half, the Roses put all the pressure on Foyle Harps, but they could not get that all important goal. Penalties would decide the outcome.

Curran was first to take a penalty and he scored, followed by Dornan and Sykes. Then Guerin stepped up to make a brilliant save from Foyle’s third penalty. Reilly was next to place the ball into the top left hand corner before Campbell showed coolness under pressure to convert the winning kick.