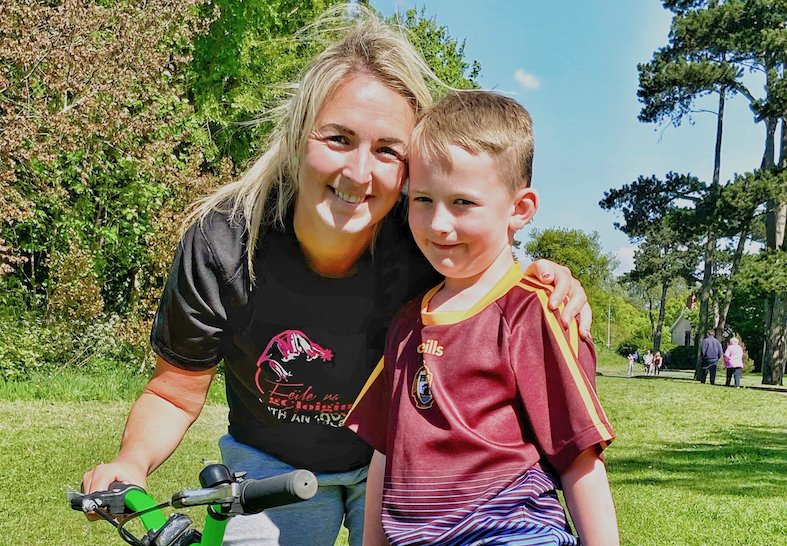 An Irish school pupil is doing his bit to raise much needed funds to purchase vital PPE for hard-pressed staff and volunteers at the NI Hospice.

Six-year-old Rossa Doherty from Bunscoil an tSléibhe Dhuibh is cycling around the Falls Park – no matter what the elements, every single day, throughout the month of May. Rossa’s proud mum Caoimhe told the Andersonstown News how her son asked how he could raise funds to help those in need.

“Myself and Rossa have been doing PE with Joe Wicks every morning at 9am and he is raising money for the NHS. Rossa had also been following the news about Captain Tom Moore who was walking around his garden to raise money as well. He asked me what he could do to raise money to help the doctors and nurses?

"I said we could do something sponsored, the Falls Park is right beside us so he is cycling around everyday no matter what the weather is like.

"It was on the news about the Hospice having the least PPE so we thought it would probably be the best people to give it to. I’m running behind him while he cycles so it’s keeping me fit as well,” laughed Caoimhe.

Rossa’s mighty efforts have also garnered the support of Lord Mayor Danny Baker who described him as an “amazing young lad” and encouraged as many people as possible to support his fundraising endeavour.

To donate towards Rossa’s appeal you can do so via PayPal, or you can contact Caoimhe by email to wee_caoimhes@yahoo.co.uk