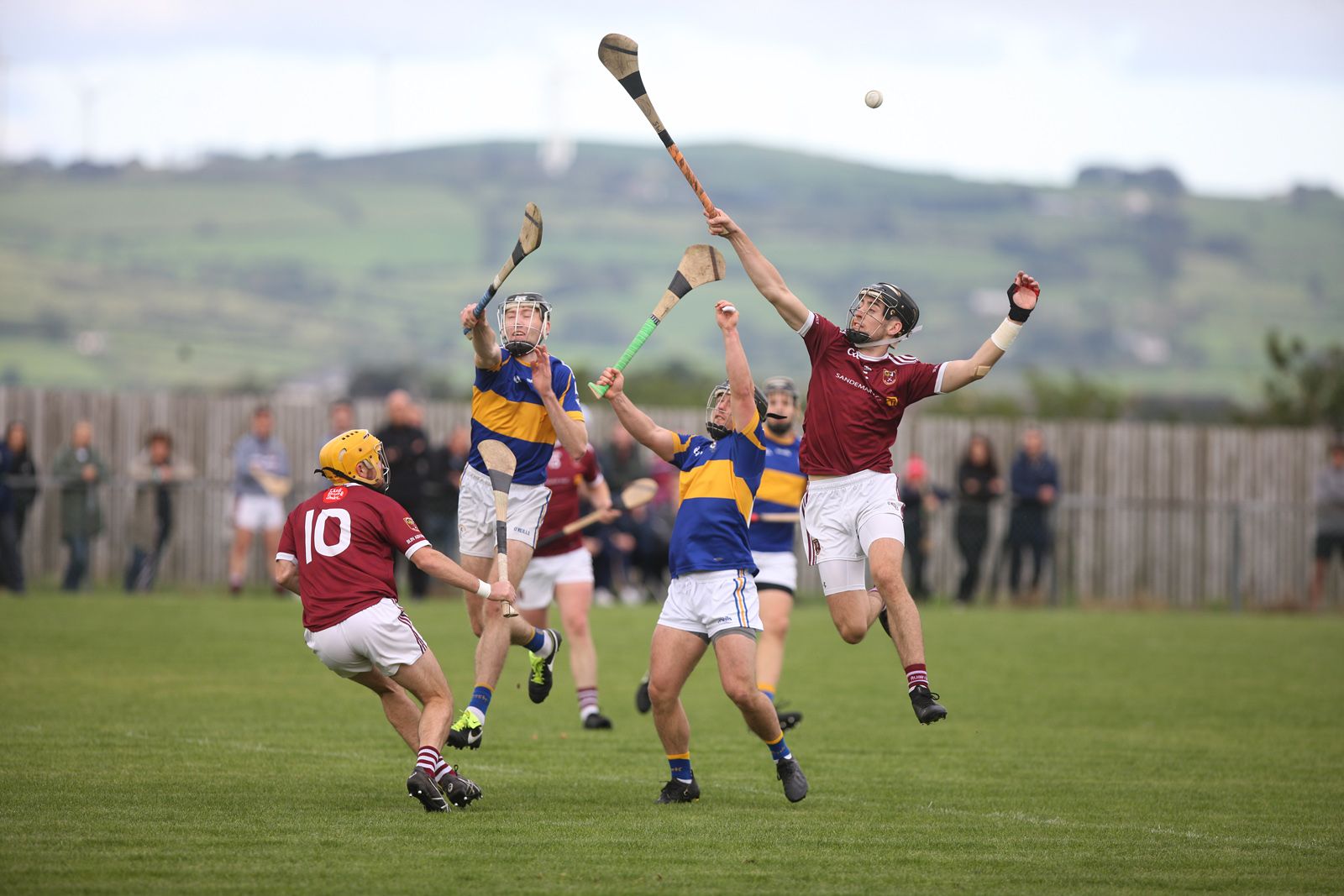 JUST where will this all end for O'Donovan Rossa's hurlers? Once again, they delivered a gargantuan display and for the second week running got their reward as they stood tall to book a semi-final berth at the expense of Cushendall at Hightown on Saturday afternoon.

Rank underdogs going in for the majority who weren't in blue and gold, Colly Murphy's charges proved - if any more was needed - they are for real and put in yet another breathless shift to end Cushendall's incredible run of seven-straight county final appearances.

Stephen Beatty struck for two second half goals that were to prove decisive, but the Jeremiah's had heroes throughout the field. Michael Armstrong ran himself to a standstill - quite literally - as the exertions of dual commitments caught up. The full-back line held Cushendall's top three that included the usually influential Paddy McGill scoreless, as was Alex Delargy who is almost always a thorn in the side of any defence.

Deaglan Murphy seemed to be everywhere on the field, helping out a Rossa half-back line that played some super stuff and whilst the Cushendall defence and midfield that is the heartbeat of their team fared well including incredible displays from Eoghan Campbell and Paddy Burke, Rossa did enough going forward to hit their winning tally.

Anybody who knows anything about Antrim hurling is aware that silky skills alone are not enough against Cushendall whose physical strength and never-say-die attitude to match their raw talent is rarely missing, so Rossa's efforts were absolutely needed and they delivered that.

"The gameplay was to stay in the match as long as we could, keep it tight and then unleash somebody like Beatty on the edge of he square," said Murphy, after.

"He caught a few balls and got both goals - the man is just a colossus, as Micky Armstrong and a load of them.

"Deaglan is our go-to man and he drops back, does all of the donkey work. He gets on ball, covers space and closes their options down so for us it is fantastic to have that type of player. Obviously, you'd rather have him closer to goal for that, but we have players for that."

The tone was set early in what was a bit of a free-taking contest between James Connolly and Neil McManus as the teams were locked at 0-2 apiece before the first score from play of the game on eight minutes when the exceptional Aodhán O'Brien made a perfect intercept, fed an inviting low ball up the line to Thomas Morgan who popped to Dominic McEnhill and he was only too happy to clip over.

Connolly added one from play from out on the right and Beatty another either side of a McManus free to put them two clear before the Ruairi Og talisman pulled one back from a free just before the water break.

It took 22 minutes for Cushendall to get their first from play and that came from one of their standouts, Aidan McNaughton, who hit the first of his four and from the puck-out, Campbell rose to field and fire straight back between the posts.

Connolly tied the game again with a free, but there was a sense Cushendall were beginning to find a rhythm as they started to shut down any avenues for Rossa to attack with McManus (free) and McNaughton pointing them into a 0-8 to 0-6 half-time lead.

After Thomas Morgan and McNaughton swapped early scores after the break, this game swung Rossa's way. Beatty - usually deployed as a wing-forward - was moved to the edge of the square and this was clearly a planned change in tactic as on 32 minutes, Michael Armstrong went route-one and Beatty rose above Martin Burke, caught and kicked to the net.

McManus respond with a free, but Beatty was at it again 10 minutes later. This time, Christopher McGuinness took received a short puck-out and launched another huge delivery with Beatty again gathering and found the net off his trusty left boot to make it 2-7 to 0-10.

A pair of McManus scores - one from play - saw the Dall get to within one at the water break, but it was clear they were starting to run out of ideas in attack.

Another exchange of frees followed, but when Gerard Walsh thumped over an inspirational score from distance and Seaghan Shannon added another, Rossa started to really believe.

They could have been further ahead but for a tricky crossfield wind seeing shots tail to the right, but they were three up with five to play.

McNaughton again popped up for Cushendall, but Walsh fired back, this time from a free well inside his own half as Cushendall began to hunt for goals with McManus denied from a 20-metre free, but they just couldn't get the clear chance from play they were hoping for as Rossa stood their ground, swarmed around the ball and got the vital touches needed. Eoghan Campbell lobbed a 65 in that carried all the way over and then tapped over off a break two minutes into stoppage time, but Cushendall couldn't engineer the equalising chance as Rossa celebrated a famous, yet fully merited victory.

Their reward? A semi-final with Dunloy next weekend having drawn with the same opposition a fortnight ago. They will again go in as underdogs, but that doesn't seem to matter much to them these days.