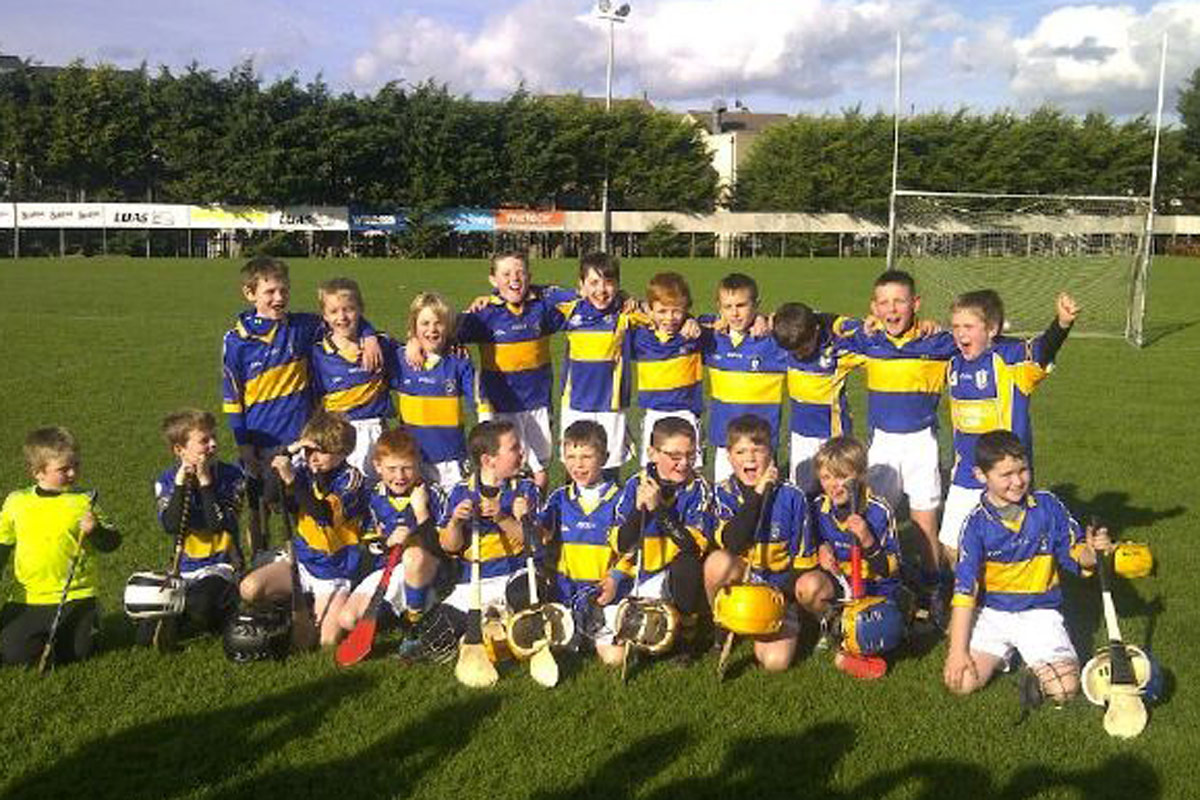 O’DONOVAN Rossa’s U9 hurlers competed in the Kilmacud Crokes Autumn Festival of Hurling on Sunday 16 October.

Having competed in the event last year in the U8 tournament, the Rossa team were expecting to play against some tough competition from all over Ireland.

The Belfast side were drawn against Kilmacud Crokes’ seconds, Inniscarra’s seconds and Faughs in the group stages.

Rossa topped their group with impressive and hard fought wins over the two Dublin sides and a narrow victory over the Cork team.

Rossa played Inniscarra firsts in the final and showed great strength and determination to outclass the Cork opposition.

Two early Charley Cooley goals gave the Antrim side a good start. Further scores from Daire Murphy and Conor McGuigan finished the game 3-1 to 0-1 to Rossa.

Other scorers on the day were Michael McEnhill, Paul McLaughlin, Conor McGuigan, Charley Cooley and James Devlin and an impressive massive tally of 10-2 from Daire Murphy.

Great displays of hurling from the three Murray’s (Michael, Ruairc and Ruairi) and solid defensive performances from Owen May, Eoin Trainor, Dylan Magee and Conor Rooney were key to the  Rossa lads keeping a goalless score-sheet for the day.

Other star performers included Conor Boyle, Fionn Oglesby, Kieran McIlduff and Barry McBurney whose tenacity and determination was admired by all.

Well done to the O’Donovan Rossa underage squad who add the Kilmacud Crokes trophy to their collection having picked up the U10 Belfast Blitz title and the North Antrim Indoor Hurling Shield earlier in the year.