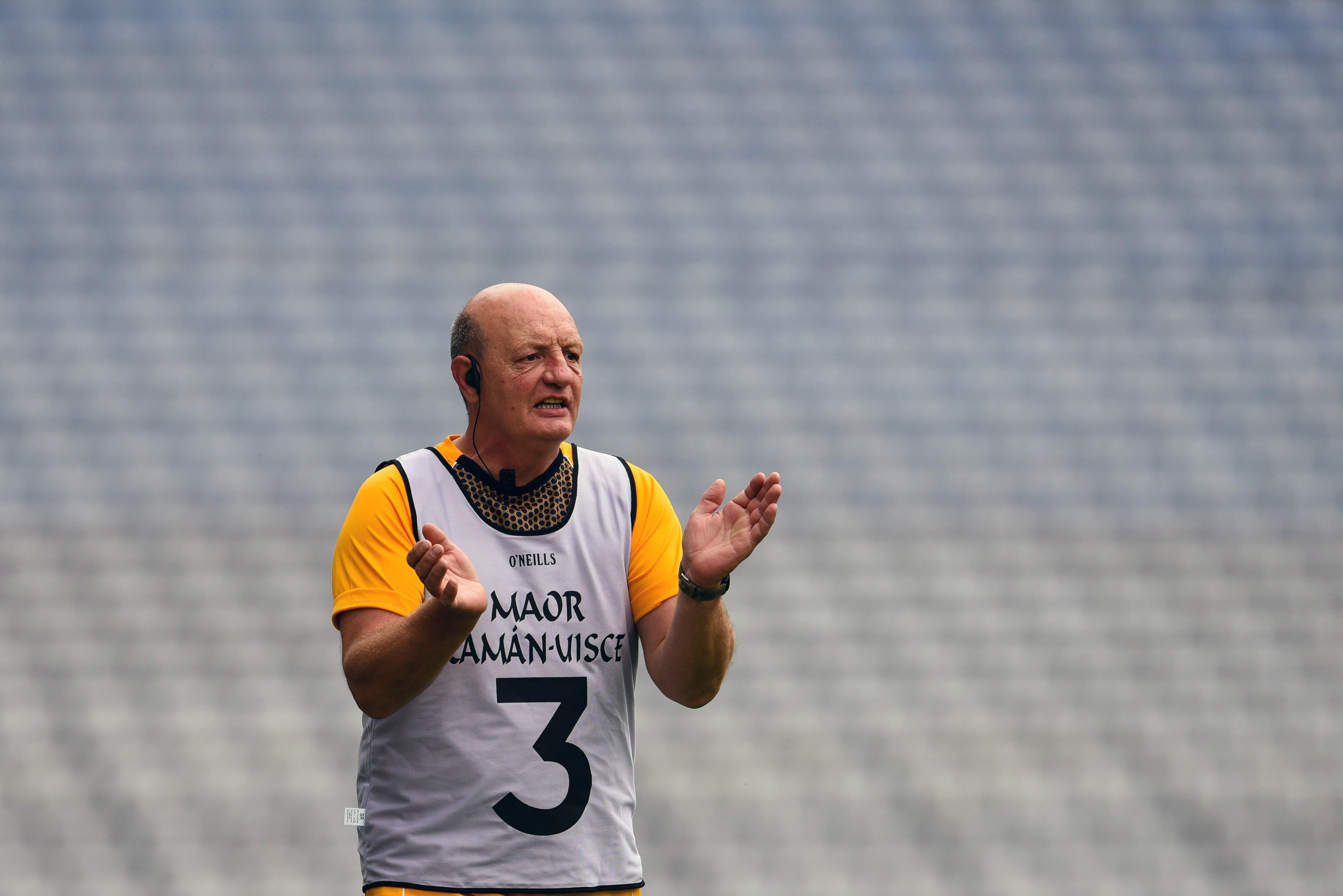 Terence ‘Sambo’ McNaughton feels the Ulster SHC would benefit from an earlier slot in the GAA calendar. Antrim are set to take on Derry in the provincial semi-final in Armagh on Sunday

THE beleaguered Ulster Senior Hurling Championship takes centre-stage this weekend with all four counties coming off the back of disappointing recent results.

Defending champions Antrim take on Derry (5pm) in the first part of a double-header with Armagh clashing with Down (7pm) in the second game at the Athletic Grounds on Sunday evening.
The Saffrons will be hoping to come through the game unscathed with their rescheduled Christy Ring Cup final clash with Meath set to take place on Saturday week at Croke Park.

This weekend’s opponents, Derry, lost their Christy Ring status after losing out to Mayo in a promotion/relegation play-off last Saturday. The Connacht men had beaten Armagh at Croke Park in the Nicky Rackard Cup final while Down exited the Christy Ring Cup at the semi-final stage after losing to Antrim.

The fact that the participating counties place higher importance on the Christy Ring and the Nicky Rackard Cups than the Liam Harvey Cup doesn’t bode well for the future of the Ulster Championship.

The Ulster Council have added a new relegation aspect to the competition in a bid to drum up interest.
Yet, it will only serve to extend a season which has, for the aforementioned counties, been a disappointment.

At least Antrim can still salvage something from their season but coach Terence ‘Sambo’ McNaughton feels the Ulster Championship would be better served being played earlier in the season.

“I think when the Antrim management and the Derry management started out, the Ulster Championship wouldn’t have been high on the list of priorities,” said McNaughton.
“It is what it is - we have to play it.

“I think more emphasis needs to be put on it. The players, manager, fans – nobody is really excited about it to be honest.
“It has to be part of a wider restructuring. It means different things to different counties.

“Antrim have dominated over the past 100 years. You have had the likes of Tyrone and Armagh added to it but it is played at a time when teams are out of the Christy Ring and those competitions.

“If it was played at the start of the year when teams are preparing for the biggest competitions, you would get better quality games and more of an interest.
“If you take Derry – they are out of the Championship. The club Championships are coming up and it is affecting them.”

He added: “We have got club games on at the minute – league games and Feis Cup games. It is hard to get any serious work done.
“You have to try to focus on the game. You want to win every game. We will be using it as preparation for the Christy Ring Cup.”

On the matter of the controversial Christy Ring Cup, McNaughton has issued a staunch defence of his players.

While Antrim were granted a replay after a scoring-keeping error resulted in Meath collecting the cup despite the sides finishing level, many have hit out at Antrim’s inability to defeat a so-called weaker team.

Dominic McKinley last week hit back at the team’s critics and his sentiments have been echoed by ‘Sambo’ who, like McKinley, has claimed that Meath knew the proper result at the full-time whistle.

“The Antrim players have done nothing wrong,” said McNaughton.
“We knew before we left Croke Park that it was a draw – and so did Meath.

“It is a bit unfair on the Antrim boys. Nobody has stood up for them in all of this.
“We were standing on the pitch knowing it was a draw and seeing boys lift the cup.
“They may have lost the lead, and that is something we have been working on, but they went out and represented their county and gave it their best.”

Antrim will be without a number of key players for Sunday’s provincial semi-final.

Ciaran Johnston and Conor Carson are on holiday while Ryan McCambridge has travelled to Canada and looks set to miss the remainder of the inter-county season.

Meanwhile, Antrim’s footballers will play their All-Ireland Qualifier clash against Limerick at Corrigan Park after rejecting the chance to play in Croke Park.

The GAA offered the Saffrons the chance to play at Headquarters as part of a double-header with the Christy Ring Cup final replay on Saturday, June 25.
However, Antrim were unwilling to give up home advantage for the tie with the Treatymen.

As a result, the football Qualifier will go ahead at the Whiterock Road venue at 2pm, while at 5pm the hurlers face Meath in Croke Park.
The GAA have also announced that all proceeds from the Christy Ring Cup replay will go to charities from both counties. Tickets are priced at €5.