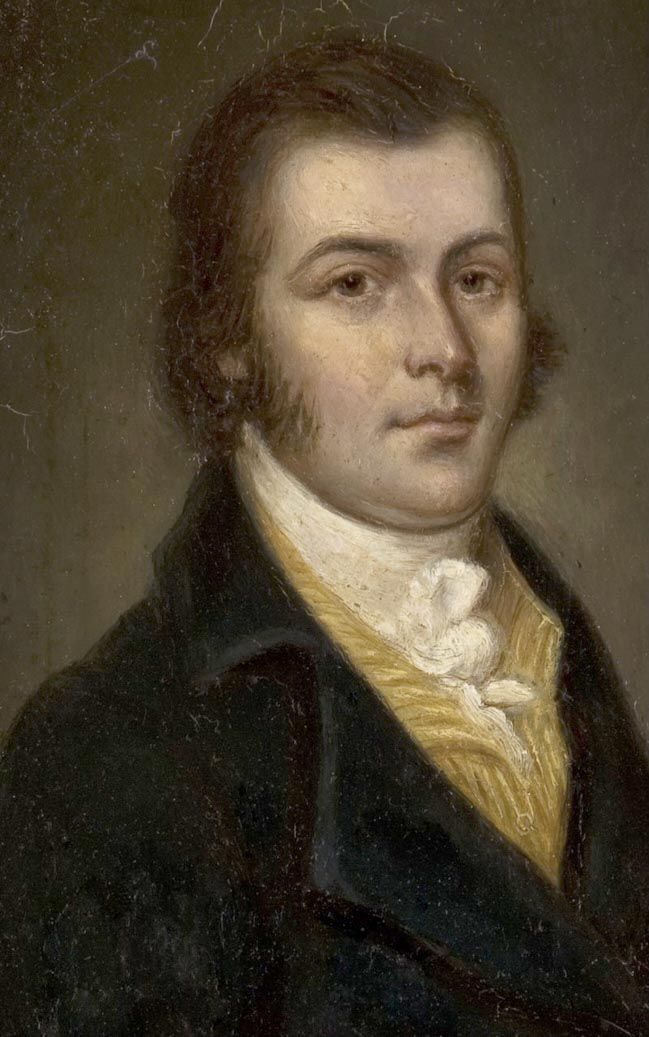 REBEL: Samuel Neilson built a hugely successful drapery business, but moved away from commerce to the cause of Irish freedom

MARY Ann McCracken was growing up in the small compact town of Belfast at a time when it was growing too. George Benn tells us that in 1782 the population was 13,105, having risen from 8,549 thirty years earlier. The High Street with the River Farset flowing down the centre of it from Bridge Street to the ‘Key’ was the main thoroughfare , flanked on either side by Waring Street and  Ann Street. It was  connected to them by Bridge Street and Cornmarket and by a  number of entries, many of which are still in existence. The Falls was then a distant village!

In Bridge Street, Samuel Neilson was building up the woollen drapery business known as the Irish Woollen Warehouse  – shortly to become one of the largest commercial concerns in the town.  Neilson was born at Ballyroney, between Dromara and Rathfriland in Co Down. His father Alexander was a Presbyterian minister. He received a liberal education, excelling in maths, and entered the woollen drapery trade, serving his apprenticeship in his brother John's shop in Belfast

By 1797 it was selling 4,000 copies, now being managed by Nancy Neilson. The Reverend James Porter’s dialogues between ‘Billy Bluff and Squire Firebrand’ were extremely popular. When the Rev Porter was hanged in front of his own meeting house at Greyabbey on July 2, 1798, many were convinced that Porter’s satirical depiction of Castlereagh’s father, Lord Londonderry, as ‘Lord Mountmumble’ had cost him his life.

He married 22-year-old Anne (‘Nancy’) Bryson, daughter of a wealthy merchant, in 1787 and by 1792 it is said he had property worth £8,000. Neilson would be regarded as a multi-millionaire today. Along with many other Belfast Presbyterian merchants, he found his interest in politics when he joined the Belfast Volunteers. The Volunteers were founded across Ireland in March 1778, when regular troops left for America. Neilson developed a keen interest in radical politics. He acted as Robert Stewart’s election agent in the celebrated Co Down contest of 1790. However, the future Lord Castlereagh’s sympathy for radical ideas did not begin to match Neilson’s enthusiasm.

Many of the Belfast Volunteers would later become members of the Society of United Irishmen. Neilson was one of the original founders of the United Irishmen in October 1791 and a key figure in the creation of the Northern Star newspaper which began publication on January 4, 1792. The committee, composed of Belfast Presbyterian businessmen who subscribed the necessary share capital for the radical paper, was established in September 1791. The aims of the paper were “Parliamentary reform, founded on a real representation of the people; also to the union of the people of all religious persuasions.”

Neilson became the editor and eventually sole proprietor. Printed on good quality paper, attractively produced and packed with a wide range of news stories and hard-hitting satires, the Northern Star proved extraordinarily successful. In January 1794 Archibald Hamilton Rowan, then the senior partner of the Northern Star, was tried on a charge of distributing a seditious paper, fined £500 and sentenced to two years imprisonment. Neilson carried on fearlessly as editor and eventually became the sole owner of the Northern Star, which was produced in Wilson’s Court.

In June 1795 Neilson, along with Wolfe Tone, Henry Joy McCracken, Robert Simms, and Thomas Russell, climbed the Cave Hill above Belfast and at McArt’s Fort they vowed not to desist in their efforts until they had subverted the authority of England and asserted Ireland’s independence. The government, viewing the activities of the United Irishmen with alarm, rounded up a number of leading figures, including Henry Joy  and Neilson, who were imprisoned in Kilmainham Gaol, in September 1796.

By 1797 it was selling 4,000 copies, now being managed by Nancy Neilson. The Reverend James Porter’s dialogues between ‘Billy Bluff and Squire Firebrand’ were extremely popular. When the Rev Porter was hanged in front of his own meeting house at Greyabbey on July 2, 1798, many were convinced that Porter’s satirical depiction of Castlereagh’s father, Lord Londonderry, as ‘Lord Mountmumble’ had cost him his life.

In 1797, up to 70 members of the Monaghan Militia, who were then serving in Belfast, were suspected of also being United Irishmen. Four of them were found guilty of treason and hanged at Blaris camp.

The authorities were furious when this was reported in The Northern Star. The NCOs and members of the Monaghan Militia had sought to place a loyal declaration in the paper but the Star refused to publish it unless a sentence, referring to Belfast as a town noted for its seditious practices, was removed. Members of the Monaghan Militia responded by smashing the Star’s presses, thus ending publication.

Henry Joy McCracken was released on December 6, 1797, before Neilson. Neilson was freed from prison on  February 17, 1798 — as a result of the intervention of the much-maligned Castlereagh — subject to the condition that he did not join any treasonable committee.

While he may not have joined any committees, he began to plan a rebellion with Lord Edward Fitzgerald, one of the few United Ireland leaders with military experience. On May 18 the authorities arrested Fitzgerald. On May 23, the day scheduled for the beginning of the rebellion, Neilson was arrested outside Newgate gaol, presumably plotting Fitzgerald’s escape. He was recognised by a gaoler, in the ensuing struggle Neilson was seriously injured and promptly jailed. In March 1799 a group of United Irish prisoners including Neilson were transferred to Fort George in Scotland. In 1802, Neilson along with all the other Irish prisoners was released from prison, subject to the condition that he go into exile in the United States. Before going to America, Neilson travelled in disguise from Hamburg (where he was supposed to take ship to America) to Dublin and then north, escorted by Jemmy Hope, to visit family and friends in Belfast.

After his release from Fort George he wrote a letter to his  friend and fellow United Irishman, Archibald Hamilton Rowan, in which he described his feelings and thoughts regarding his efforts on behalf of Irish freedom with the following words: “Neither the eight years hardship I have endured, the total destruction of my property, the forlorn state of my wife and children, the momentary failure of our national exertions, nor the still more distressing usurpation in France, have abated my ardour in the cause of my country and of general liberty. You and I, my dear friend, will pass away, but truth will remain.”

Samuel Neilson arrived in the United States in December 1802 and settled in Poughkeepsie, New York.  He had little time to enjoy his liberty before his  sudden death on August 29, 1803, of yellow fever. He was not idle during his short life in America as he had just completed plans to start a new evening newspaper in this town of Poughkeepsie, he also aimed to bring out his family  and also had plans in the works to establish  a version of the Society of United Irishmen  in the United States.

Nancy Neilson,  having reared and educated her four daughters and son while running a business after the Northern Star offices were destroyed, remarried five years after the death of Samuel but died in 1811 at the age of 48. She is buried at Newtownbreda.