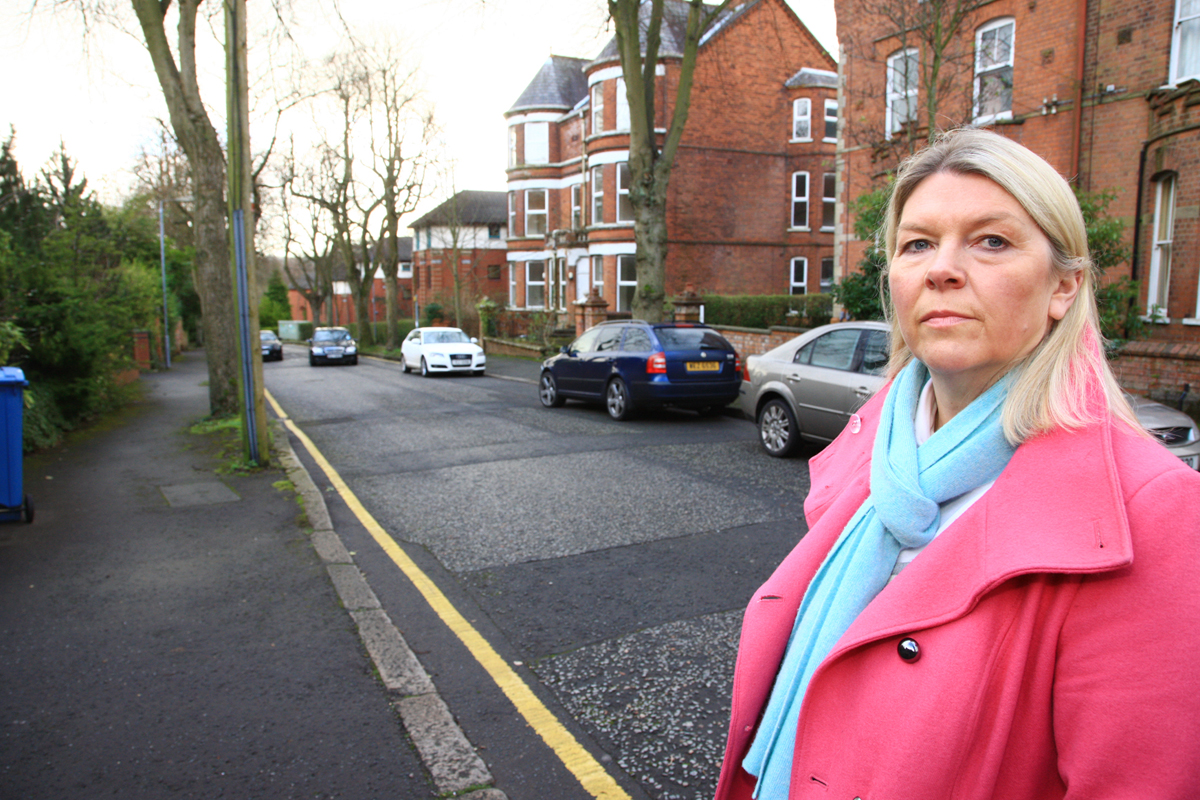 Residents in a South Belfast street have called on Queen’s University to change plans to build accommodation there , saying they are fearful of becoming “another Holyland” if an influx of students was to take place.

At a meeting between Queen’s and residents of Sans Souci Park last Wednesday (January 18), representatives of the South Belfast university informed locals of their desire to demolish the two detached properties, which they own in the street and replace them with two blocks for undergraduate students.

This is in addition to an already existing block for 21 postgraduate students in Lennoxvale, which runs parallel to Sans Souci Park and is scheduled to be opened in March. No formal planning applications for the Sans Souci Park houses have yet been entered.

Residents’ spokesperson Ainda Andress, who lives next door to the two houses scheduled for demolition and beside the new Lennoxvale development, said locals were “terrified” of their residential amenity being destroyed by any new student accommodation.

“We don’t want these houses demolished because they are part of the character of the street and it would ruin the landscape and heritage here forever.

“The two new blocks would bring around 70 students here and all likelihood the associated problems of litter, noise and general anti-social behaviour. We’ve seen what happens in the Holyland and we don’t want that happening here.

“We have had a long history of debate with Queen’s over student accommodation and they always say they want to have good relations with us, so now is the time to prove it. We want these houses to be sold back to families and be used for what they were designed for.”

“Around 70 residents attended the meeting, even though Queen’s only informed us about it a week before. There is a lot of concern in the street about this so we all went along.

“I don’t think Queen’s expected the turnout there was or the barrage of opposition we showed. We put our points across that there is nothing wrong with individual students but en masse they tend to cause problems.

“At the end of the meeting they said they would go away and think about things but whether they do or not is another matter. There are lots of other sites in South Belfast they could use rather than a residential street.”

“The university has taken onboard the views of the residents and will give them full consideration before taking any further action.”