Schoolgirl on crutches after being shot twice with pellet gun 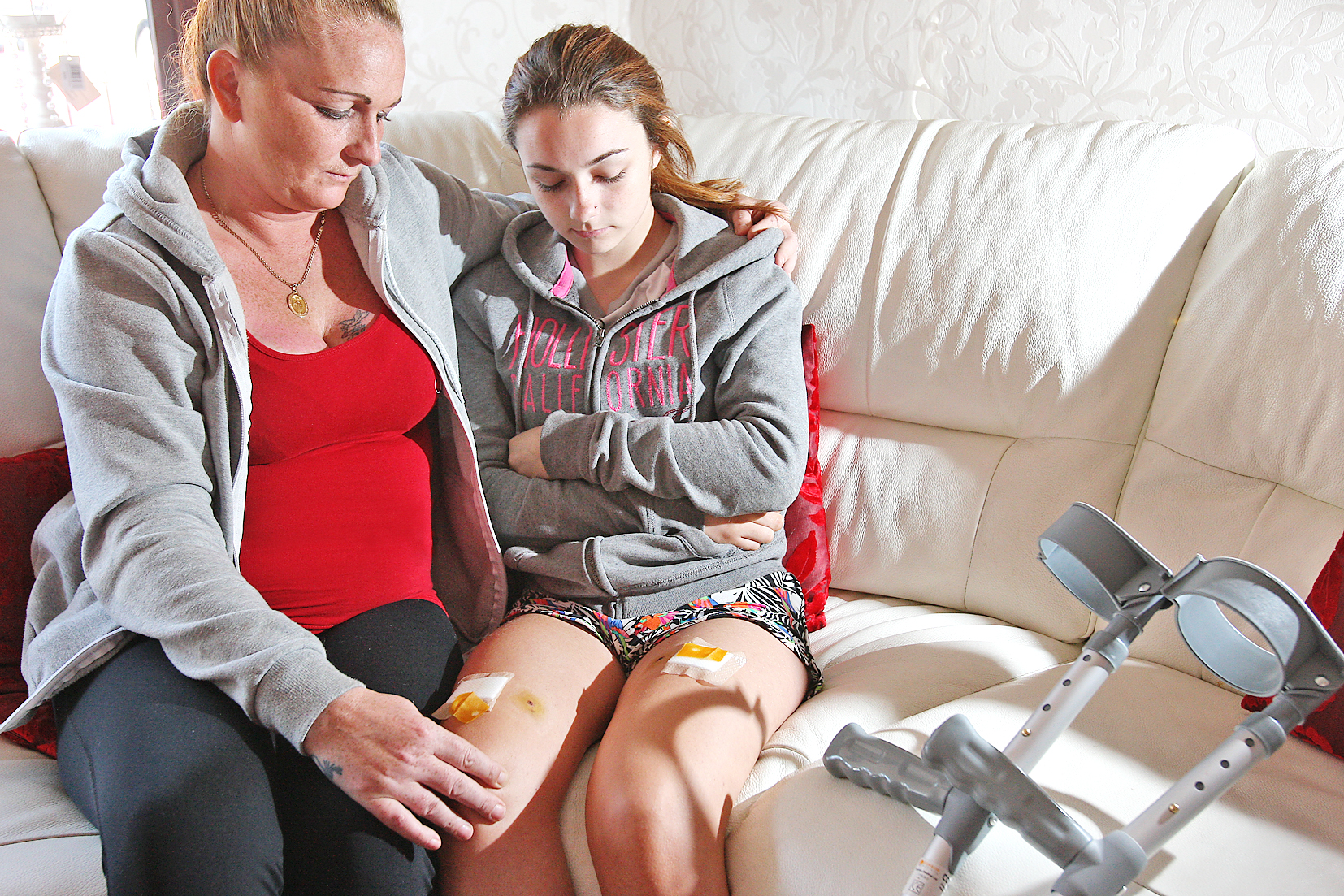 A Belfast teenager is on crutches after she was shot in both legs with a pellet gun at the weekend.

Karen McCartan, who’s from Laurelbank, was shot on Saturday evening while out walking with her cousin in the area. The 14-year-old was making her way along a local path when without warning she was struck in both legs by metal pellets.

The St Colm’s High School pupil was taken to hospital for treatment for the injuries to her legs, undergoing an X-ray and ultrasound scan to ensure that no metal was embedded in her thighs before being allowed home.

The vicious attack came out of the blue and the teenager said she has no memory of anything happening after her legs buckled beneath her.

“My legs just went from underneath me and I don’t remember anything after that,” she said.

“My cousin took me to my aunt’s house because she lives near where it happened and she took me in. There were big holes in my leggings where the bullets had hit me.

“I was then able to get home and tell my mummy so she could take me to hospital.”

The teen’s mum, Cherie, said her daughter has been left frightened by the attack.

“She’s been left really frightened by it. She has had to walk on crutches because of the pain in her legs and she can hardly walk. I would appeal to parents to be wary of these thing because you can see the damage they can cause.”

A PSNI spokesman said police have arrested a 16-year-old male on suspicion of assault occasioning actual bodily harm and possession of a prohibited weapon.

Inspector Jamie Hughes said yesterday: “Police received a report that a 14-year-old girl had been shot in the legs with a pellet gun in the Laurelbank area of Dunmurry on Saturday 18 April at approximately 8pm.

“A 16-year-old male presented himself at Woodbourne police station the following morning and was arrested.

“The 16-year-old has been reported to the Public Prosecution Service,” he added.